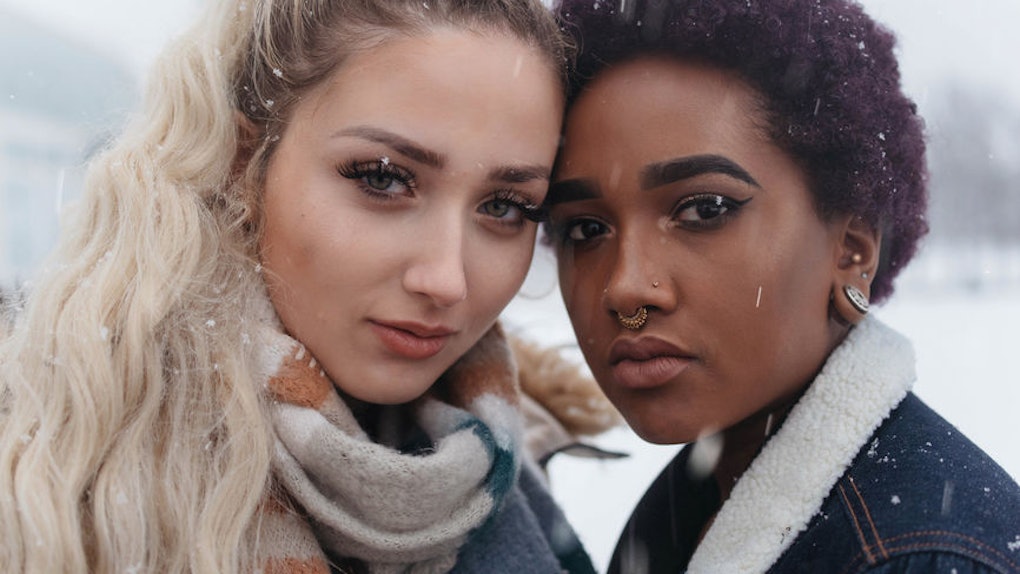 If Your Relationship Is End Game, You'll Notice These 5 Signs

Although the release of Marvel's much anticipated feature film Endgame marks the end of an era of the Marvel universe, if your relationship is end game — it is the opposite of over. If you and bae are in it to win it, so to speak, then your relationship likely takes on a few specific traits that are usually present in relationships where longevity is probable.

"There are no guarantees, but there are clearly ways in which couples interact that can predict the likelihood that the relationship is going to last," says Dr. Joshua Klapow, PhD, clinical psychologist and host of The Kurre and Klapow Show. "Even the best relationship can have difficult times. Every relationship has serious problems, concerns and even crises. Communication is the key to keeping a relationship healthy."

Dr. Klapow stresses that there are a few key ingredients in a relationship that show potential for it being for the long haul. Keep in mind that life happens, things change, and there's no perfect science for which couple makes it. There are, however, some innate values that you can foster in your partnership that make it more likely that you'll have a lasting connection.

If you think you and your sweetheart might be an end game pair, you probably exhibit any number of the followings signs.

You trust each other.

Like Shrek and onions, relationships have layers to them. According to Dr. Klapow, you might hurt your partner's feelings over time, but at the core of your partnership, there is an inherent, mutual trust. If this exists between the two of you, you can rely on each other without question. You don't have to have repeated conversations about the need to trust one another to behave in certain ways. This is because trust is something that develop firmly and naturally between the two of you, over time.

You work through conflict respectfully.

Relationships are not immune to conflict. Dr. Klapow explains that conflict can be a normal part of a relationship, but the ways that you deal with it are important to reflect and improve upon. Ultimately, all conflict should be dealt with respectfully in a lasting relationship. Respecting a partner means that you have an unflinching regard for their rights, beliefs, feelings and wants. This means that while things can get heated, you both treat each other in a way that honors the fact that both of your wants, needs, values, etc. have a right to be heard and believed.

You think short-term and long-term.

Another sign that you and your partner are in it for the long haul is that you can discuss both short-term timelines and long-term timelines. For instance, I was super in love with someone at one point in time, and I thought we were going to be together forever. They didn't have their future figured out, but I assumed that it was a given that we were going to figure it out together. When we finally did start talking about the future, they realized that they weren't in a place where they could pursue what they wanted while also being in a relationship — which... hurt. I learned the lesson that it's important to be discussing things in the short-term and long-term with a partner, so that you can understand how you fit into the picture.

Dr. Klapow adds that relationships are about both the day-to-day communication and the bigger broader discussions. You have to be able to work together on daily chores, but also long-term goals (i.e. if you want children, financial decisions, job choices). Being able to be present in the current moment and willing to plan ahead is an amazing sign that you and bae are going to be together for a long, long time.

You admire and appreciate each other.

Admiration and appreciation is huge, according to Dr. Klapow. It makes sense that if you're going to be partnered with this person for the long haul, you should definitely like who they are. More than that, you should appreciate the details that make them the person that you want to be with.

You maintain individuality, while influencing each other.

According to Dr. Klapow, a trait that healthy, lasting partnerships posses is an ability to maintain both your respective individuality as people, but allow the partnership to influence the both of you and your life together. Dr. Klapow explains that when you enter a partnership, you have three beings to prioritize in your life: your partner, your self, and the relationship. Thinking of your relationship together, and the life you are cultivating with each other as its own entity, can help remind you that it takes watering and appreciating. For instance, you can influence each other's interests or combine your tastes when decorating your first place together. It's all about sharing your interests with each other, without completely losing your own individuality in the process.

If you have a partnership with these traits, that is pretty dang special. It can be hard to check all of these boxes in a relationship, so if you are missing one, don't be too hard on yourself. These traits are ideal for a partnership that is going to last a while, but they don't have to be present in your relationship from the first date onwards. At the end of the day, if you and your partner are an end game couple, you're bound to survive together much longer than some characters in the movie *cough cough.*