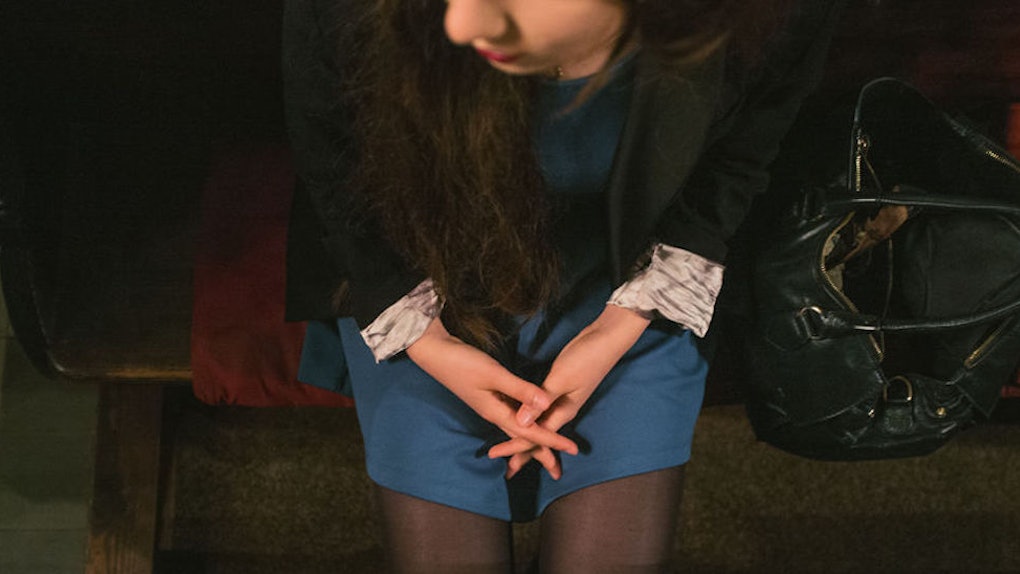 If Your Partner’s Not Comfortable Attending Religious Services, An Expert Suggests This

Religion can be really personal. Some people grow up attending religious services with their parents, and so, continue attending into adulthood. Others might stop attending services after moving out, or stop practicing the religion they were born into because their beliefs change. It varies for everyone. But if your religion is important to you, and you're dating someone for whom religion is not, or someone who doesn't believe in religion, period, practicing your religion can get tricky — especially if your partner’s not comfortable attending religious services, even though it would mean a lot to you if they did. However, it does not have to be a deal-breaker if you're willing to work together to find middle ground.

Though you may be tempted to try to pressure your partner into going to a service or continuing to insist they go, it's likely in your relationship's best interest to refrain. "Don’t push," life coach Nina Rubin tells Elite Daily. "You can keep going to your religious services, dinners, events, and groups and having a great time. Don’t guilt your partner into joining you or rub it into their face. Instead, enjoy your time." While it may be important to you that they attend a service, it may be just as important to your partner to not attend a service. Taking that into consideration can do wonders.

If you want to respect your partner's boundaries while also trying to understand why they don't want to attend a service, Rubin suggests having a conversation with bae about it. "You could ask what makes them uncomfortable about going," Rubin says. "What worries them? Have they had bad experiences at religious services before? Learn about your partner’s religious history before judging." Maybe there are certain services they wouldn't mind attending. If so, those services might be a good way to start easing your partner into that part of your world. "You could also invite your partner to come to a less religious service or dinner to start easing them into the group," Rubin explains.

It's important to remember that you and your partner may not agree on some things, and religion may very well be one of them. If bae holds different religious beliefs than you, that doesn't have to be a deal-breaker unless you feel like it absolutely has to be. Maybe you follow two contrasting religions, or you just have different preferences when it comes to how you like to gain your spiritual awareness, if at all. "Some people dislike organized gatherings in a synagogue or church and prefer nature for spiritual awareness," Rubin states. "Others like being led by a charismatic or thought-provoking leader. All are fair and OK."

If you don't mind having different religious views than your partner, then religion doesn't necessarily have to play a part in your relationship. You can still go to your own religious services without your partner. If your SO doesn't have the same beliefs as your or no religious beliefs at all, perhaps they won't have a problem going to some of the services with you just because they know it matters to you. You'll never know unless you sit down and talk about it.

If they seem really against it, and would feel uncomfortable in a place of worship, then you should respect that. Throughout your relationship, there will be plenty of things you'll disagree on. Couples disagree all the time! There may even be things you're not comfortable doing and that you'd want your partner to respect, too. So, it's only fair that you do the same for them when it comes to religious services.