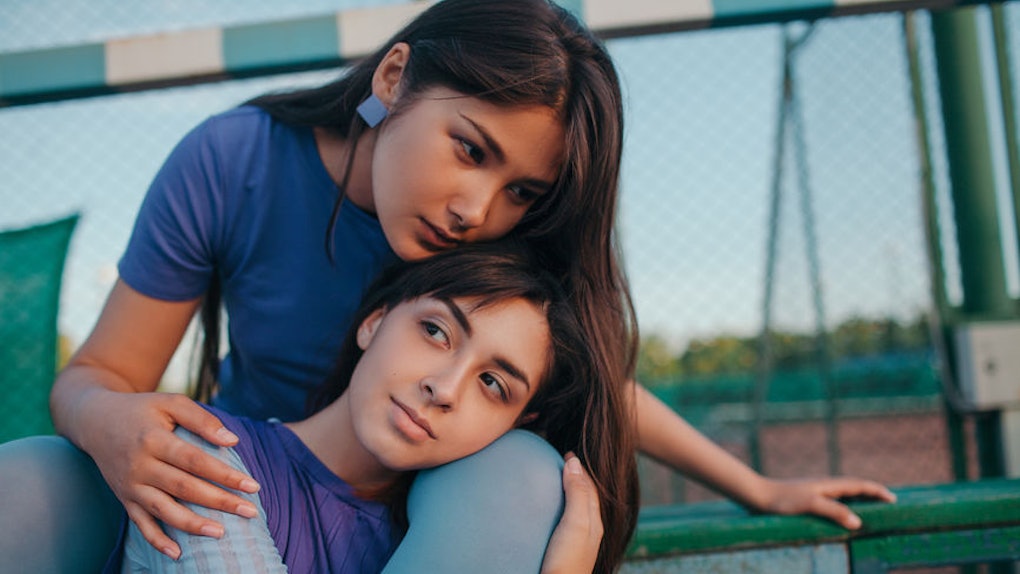 If Your Crush Always Watches Your Instagram Stories, Experts Explain Why It May Make You Smile

One of my more private pleasures in life is waking up, scrolling through the people who have viewed my Instagram story over the past 24 hours, and seeing the shiny handle of the person I have a crush on. Why does it feel so darn good when your crush always watches your instagram stories? I know that in the grand scheme of things, it's a relatively small digital action. But it's difficult to ignore the feeling I get every time I see their handle in plain sight — as if I've been panning for gold in a river and finally found a shiny nugget.

I know from personal experience that looking at someone's Instagram story is an action so commonplace in the year of 2019 that it's largely not a big deal. But somehow, I still hope to see my crush's name pop up on the list of those who have viewed my story, even though I understand that it may not mean anything. In fact, I know plenty of people who I don't necessarily even like, but whose Instagram stories I still watch. But still, it opens up the allure of possibility: Maybe, just maybe, my crush watching 30 consecutive stories of me doing my makeup in the morning (it's kind of a performance art, IDK) means she likes me. It's that morsel of hope that makes it all so mouthwateringly satisfying.

According to dating expert, coach, and dating app ghostwriter Meredith Golden, someone consistently watching your Instagram story isn't necessarily meaningless — all communication can matter, regardless of how indirect it may be. Golden explains that Instagram engagement can be a good thing, as well as a potential sign of interest. Moreover, the act of someone watching your Instagram story likely holds a mysterious power because it's so open to interpretation. "If someone is continuously clicking on a story, there’s definitely an interest in seeing what a poster is up to," she says. "It doesn't mean that they’re in love necessarily, but they certainly aren’t skipping the posts."

This can be particularly significant for crushes or "situationships" that are lack definition. In fact, when you're fostering a crush early on, Instagram may even be your only method of connection. In 2019, uploading an amalgamation of media and videos to your Instagram story can allow someone you're interested in to peek through a small window into your personal life — in hopes that the object of your affection will see it and take notice. This is a phenomenon largely known as Gatsbying, and requires a certain amount of shared vulnerability. It can be scary to hope that the object of your affection cares enough to watch along, in plain site.

"It’s always better to have someone engage with you, even if it’s as small as a social media story, than ignore you," says Golden. She also explains that it can feel great when your crush watches your Instagram story because the action could potentially validate any mutual interest. Patterns can be significant — does your crush seemingly wait until the very end of the day to watch the story? Perhaps they were trying their best not to watch it and eventually caved or maybe they watch everyone's stories before they fall asleep. Does your crush watch all your story the second that you post them? This suggests that they're interested in what you post and don't mind that you'll see their consistent views. Golden explains that even though it is a relatively small interaction, this level of engagement is always better than none at all.

"It's such a weird feeling because I've never been one to pay attention to my Instagram story views," Lauren, 24, tells Elite Daily. "But when I noticed that she consistently viewed them pretty quickly after I posted them, I found myself finding excuses to post stories. When I was younger, if I had a crush, I tried to dress nicer or look a certain way to impress them. Or later, in college, I'd try to impress them by seeming as though I had my sh*t together in a class. But now, with Instagram stories, because my crush lives out of state, I find myself revisiting this same feeling of 'notice me,' but through Instagram stories. It's wild."

According to Golden, it's totally normal to want to get your crush's attention. As a result, checking in to see if that significant person has seen your stories can make a ton of sense. Even though you know that i very well may be a small, meaningless action, you're also offering them a considerable glimpse into your life.

However, the stagnancy of checking to see if your crush has watched your story can feel like a version of pining for someone who you never make actually contact with, and that can majorly start to hurt. So while there's technically nothing wrong with getting excited when your crush watches your story, don't forget that the most important connections are made through direct communication, in the DMs or IRL.