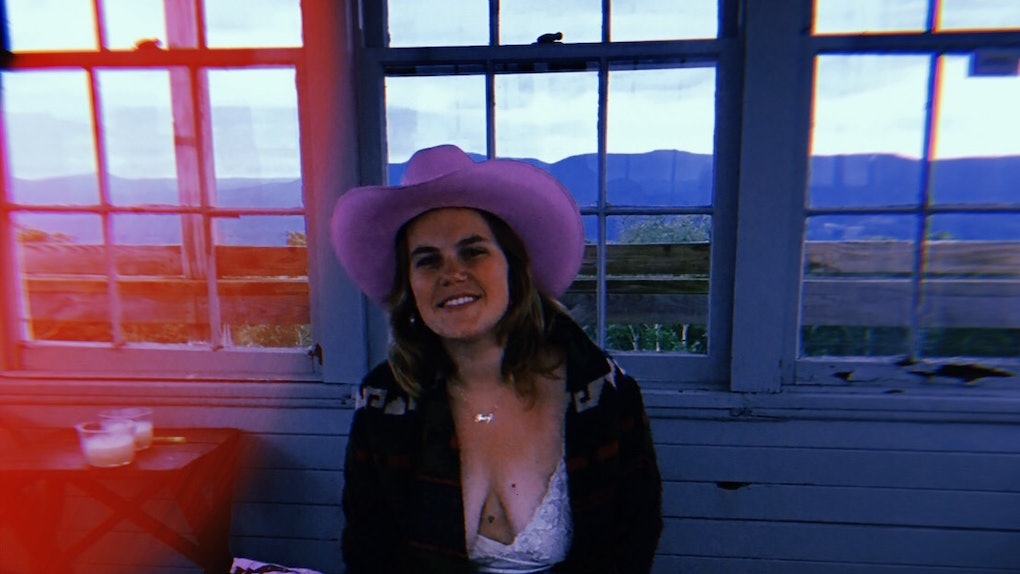 I want it on record that historically, I am good at planning. Like any true Capricorn, I pride myself on balancing friends and life stuff with my one true love — my career. I look at my calendar religiously. Yet somehow, I still recently managed to mix up my dates when making plans. Or maybe I mixed up my plans when making dates? Regardless, last week I went on two first dates in one day. That's right — two dates. Accidentally. First dates. On the same day. And folks, I lived to tell the tale.

Like any good modern love story, this one begins (and ends) on Tinder. Say what you will about the app, but that little white flame has been pretty monumental in my life. When I was feeling ready to date again after a brief hiatus, re-downloading Tinder felt as natural as getting a drink with an old friend. It wasn't long before two matches piqued my interest. One was a totally hot cheesemonger and filmmaker, and the other was a sexy drummer with an impeccable taste in sneakers.

Although I'd gotten lost in the swipe-zone before, something felt different this time. Both of my matches expressed in their bios that they were looking for relationships. Not hookups. Not ambiguous elongated friend-with-benefits situations. Relationships! I'd dated artsy types and style icons before, but dating someone who actually wanted to date me? Now, that was something new.

I've never been afraid to send the first message, so I made the first move with both my matches-turned-actual-dates. In the following days, I loosely texted with both of them, expressing interest in meeting up IRL, and I was so pleased when they both returned the sentiment.

Although I was eager to see if sparks would fly with either of my Tinder matches, I had previously planned a long camping trip with friends along the Colorado and Utah boarder. After a week without a shower or cell service, I had returned home to Philly excited to finally meet up. But in the stress of coming back from vacation, I accidentally scheduled both dates for the same day, only a couple of hours apart. And I was so excited to meet them both that instead of rescheduling, I decided to just wing it.

The cheesemongering filmmaker had to cheesemonger or make films all week (IDK? I wasn't really paying attention), but had a few hours one morning to meet for a coffee across town. Always looking for a new café to write in and excited to meet her IRL, I had agreed to the early morning date. I figured the casual nature of the whole thing would calm any inevitable first date jitters.

A morning coffee date meant that there would be no anxiously waiting all day to get off work, no outfit deliberation, and no fighting about the check. I wouldn't have to stress about what I was going to order or how I was going to get there in time. What I forgot to consider, however, was that an early morning date has the potential to go on all day. Especially if you don't previously specify to your date that you have other things to do later in the day, like yours truly. Like, for example, going on another date that you accidentally scheduled.

Perhaps in an alternate universe, this would have been romantic. Maybe we would have seen where the day took us — drinking rosé at a dreamy lunch spot or going on an impromptu hike. Maybe I would have fallen in love over my cold brew, canceled my other date, deleted my Tinder, and lived happily ever after with my cheesemongering filmmaker.

Of course, that was not the situation.

It took about 20 minutes and a couple of spooky comments about non-binary people for me to feel entirely certain that this date was a dud. And while I was sure my body language and general attitude weren't giving off an "I'm super into this" vibe, after four hours, I began to question if she was just missing my signals. After getting interrogated about my dating past and what my "type" was (a question I'm not sure I'll ever understand), I uncomfortably bit the bullet and told my date I wasn't too privy on her. Actually, I made an excuse about "not being in a place to date right now," and she made her way to the door. Nonetheless, I made it clear that there would be no second date, and for that, I felt good.

It was, like, gross and sticky from the humidity outside, so I stayed in the air-conditioned café to finish my book and kill time before my next date. My second contestant (I'm picturing an old-school dating show here) was also non-binary, which made me feel hopeful that there would be less awkward questions and misgendering. I told them to call me when they got off work, a tactic I use to both seem brave and suss out someone's voice before meeting them in person. As we spoke on the phone about where we were going to meet up, I could just tell that this date was going to be a good one. They seemed super witty and smart, and they spoke with confidence — all major turn-ons for me. When we decided to hit a local street fair in the neighborhood we both lived in, I immediately felt comfortable.

We met up on the corner of their house, by the 24-hour CVS. When I called them again to say I was outside (I'm extra), they stayed on the phone with me until we were face to face. We were still on the phone as we greeted each other IRL, and we hung up simultaneously, cracking up with laughter. After moseying around for a minute, we walked over to the street fair, almost losing our breath from laughing so hard and making giant physical gestures. Being tall and loud is something I've been bullied for my entire life. Although I now love my big body and bigger personality, sometimes on first dates, I find myself trying not to talk too much or hunching over to literally make myself feel smaller. But this date was special. There we were, on a crowded street with hundred of people, taking up space and being ourselves. My date and I were both big, loud, and proud — and that felt good.

After walking around for a while, we went to our favorite bar (read: Vietnamese-owned Italian place with a killer beer selection) for more conversation. We discussed our (lack of) genders, art, family, and life in Philly. It was clear that this first date was one for the books, and before the night was over, we made plans to hang out again — soon (like, literally the next day because we are both actual dweebs). It was the best of times following the worst of times, and it took everything in me not to blurt out that I had been on a terrible first date just eight hours before. As I walked home, I felt filled with excitement over the new connection I had made and hopeful about the fun dates in our future.

Although going on two first dates in one night was totally unplanned, I don't regret my decision to go along with it. After going through the motions of what I wasn't looking for in a first date, I entered my second first date feeling open to making a real connection. I had spent my morning haphazardly answering dozens of questions, but never really engaging in a true conversation. I went into my second date craving vulnerability, and open to possibility. And because I was in that headspace, I was able to meet my crush where they were at. We shared an honest moment — and that is the only memory that matters.