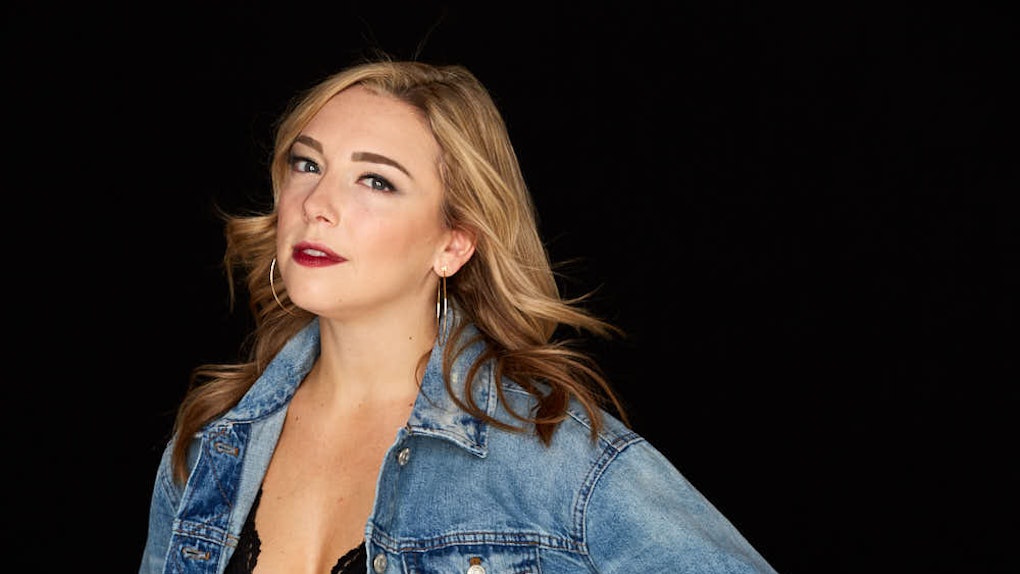 It’s an all too familiar feeling. My muscles are increasingly stiff — so much so that my whole body might begin trembling at any moment. My heart rate is starting to surge. Even my breathing has quickened. A quick read of my vitals might suggest that I'm being chased by a bear or attacked by a criminal. But guess what? I'm actually just arguing with my boyfriend about who paid for our bagels. That's what happens when you're afraid of fighting in a relationship.

I know what you’re thinking: What a ridiculous thing to get so worked up about, right? It all started with a couple of harmless comments. But that’s all it takes — even the most subtle sign that someone could possibly be slightly irritated, frustrated, or downright angry with me can almost instantly trigger what is known as my “fight or flight response,” a physiological reaction that’s activated at any recognition of danger. The problem is, of course, that I am not, in fact, in danger — my body just believes I am.

Over the course of the last year, it has become increasingly clear that these imaginary threats are a threat to my relationship. Why? The more I gave into the stress response during a minor conflict, the more those conflicts escalated, and the more emotionally and physically exhausted I became. Not to mention, my boyfriend was baffled and, at times, frustrated that minor infractions were getting blown out of proportion. To him, it was a harmless misunderstanding. To me, it was a terrifying combat.

I couldn't for the life of me figure out why my reactions were so severe. Why did I get so upset while he remained calm? I had positive experiences with therapy back in high school and undergrad, so last summer, I decided to resume my work with a new therapist. And it was with this new therapist that I finally began to understand why conflict was so difficult for me to deal with.

I grew up as an only child with a single mom who battled a personality disorder. My experience with conflict really only had one color: red with rage. When my mother was upset with me, rather than a simple declaration along the lines of, “I’m upset with you right now,” or “go to your room,” there was typically an instantaneous explosion — screaming, crying, total hysteria. According to my therapist, after years internalizing those experiences, I had subconsciously learned to associate anger with fear.

Additionally, I became hypervigilant, a symptom often experienced by PTSD survivors who become abnormally aware and alert to any potential threat. Today, that hypervigilance rears its ugly head at uncertain times. It emerges when I ask my boyfriend for the millionth time, “Are you OK?” when nothing is wrong. It emerges when I spiral into a panic because I suspect, based on a subtle shift in his tone of voice, facial expressions, or body language that he is frustrated with me — even though I have zero evidence or reasoning as for why that would be the case.

Essentially, I am always on the lookout for any sign that someone might be upset with me — it's a protective mechanism. As a kid, I learned what signals might suggest that my mother was mad in a matter of milliseconds, because the sooner I recognized those, the sooner I could either stay and try to make it better, or run and hide in my room (fight or flight). Not to mention, I had (understandably) developed strategies for dodging conflict entirely, so as to avoid the potentially disastrous emotional consequences. When I asked my therapist how I could address this problem and begin to heal, she proposed I try meditation.

Meditation has been shown to offer such benefits as improving your focus and concentration, making you less judgmental, and enhancing your quality of sleep, among other perks. My therapist believed that since it's designed to encourage a heightened state of awareness, it could help me to better cope with anxious thoughts and short-circuit the process of my stress response spiraling out of control. In fact, a 2016 study found that meditation helped active duty service members to better control the debilitating symptoms of PTSD.

If someone were to suggest meditation to me years ago, I would have laughed and rolled my eyes. "I'm too high strung for that,” I would think. “It'll never work.” But I was starting to see the effects of my fear and avoidance of conflict on my current relationship, so I was willing to try anything.

As a Christmas present to myself, I decided to download Headspace, an app that offers a variety of courses containing guided meditations (ranging from 3 minutes to 20 minutes or more) that are tailored to specific issues or goals, including managing anxiety, letting go of stress, transforming anger, handling sadness, and more. In addition to in-depth courses that consist of multiple sessions, the app also offers quick one-time "SOS meditations" for specific scenarios, such as when you're panicking, feeling overwhelmed, or are flustered.

I’ll be real: My initial experiences with meditation were not quite the serene “OM” sessions I imagined. It seemed as if simply couldn't stop my mind from wandering — to a thought about an email I had yet to respond to, a few items I needed to pick up at the grocery store, or what I wanted for lunch. The Headspace meditations teach you that this is totally normal and that the best thing you can do is to simply acknowledge the distraction before pulling your attention back to meditating. Over time, I have found that I can bounce back from these distractions much more quickly because I’m more aware when they're happening.

After completing the Basics course, which taught me the core principles of meditation, I moved on to a course called Balance. The description read, “Work towards a more balanced mind, recognize calmness, and become less reactive, even in tough situations.” I couldn’t think of a more fitting goal based on my current struggles. The effects were palpable almost immediately: At the end of each mediation, I find myself in a trance-like state. While sitting on my couch, not moving, I take a minute to simply soak in this feeling of presence and relaxation until I’m ready to resume whatever I’m working on. For a person who is almost always checking something off her to-do list and hardly ever stops moving — those moments of pure stillness are nothing short of rejuvenating.

But perhaps the most important outcome of my meditation has been my newfound ability to remain aware and present during times of conflict. Some of the most helpful techniques that I’ve learned include noting, which involves taking a step back to identify my thoughts and feelings objectively without judging them or acting on them, and body scanning, which involves acknowledging physical sensations within the body without trying to analyze them or change them. The latter tactic has helped me to focus on what’s happening to me physically as opposed to getting fixated on irrational, anxious thoughts.

Recently, my boyfriend said something that bugged me, and I told him, “Can you not say that? I think it bothered me because I can feel my heart rate rising.”

In turn, he actually congratulated me for recognizing what was happening in my body. Because by taking a moment to note how I was feeling while also acknowledging the physical effects of my stress response, I got out of my head long enough to begin calming down.

My boyfriend has also made an effort to bring me back to a state of balance by reminding me to be present. Physical touch is especially effective for me in this regard — simply grabbing my hand, or resting his hand on my back or leg can do wonders for helping me to get to a calmer state. Saying “I love you” is another tactic we’ve adopted during a misunderstanding or disagreement. It’s a gentle reminder of what really matters when your emotions are taking over and clouding your rationality.

I can’t say that my fight or flight response doesn’t still sometimes get triggered. After all, I’ve only been consistently meditating for a couple months, and I know I have a long journey ahead of me to experience the full potential of this practice. Still, meditating has allowed me to be more aware of my thoughts and feelings as they arise. Giving in to them made any form of conflict feel catastrophic to me. Now, I’m learning to develop the ability to identify and vocalize my feelings before my body has a chance to register false danger. The fact is, the fight or flight response is a crucial mechanism — it’s my body’s way of preparing me to best cope with any potential threat. But now, I’m training it to get activated if I’m getting chased by a bear — not, you know, paying for a bagel.

If you, a family member or friend is experiencing symptoms of PTSD, there is help. NAMI is here to provide you with support and information about community resources for you and your family. Find education programs and support groups at your local NAMI. Contact the NAMI HelpLine at 1-800-950-NAMI (6264) or info@nami.org if you have any questions about PTSD or want help finding support and resources.