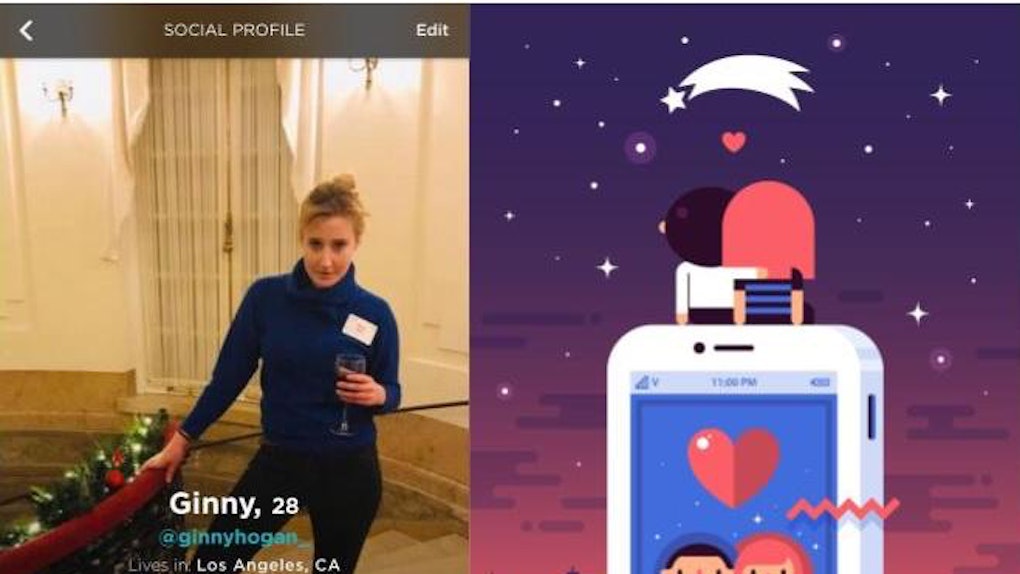 I Tried Raya & Deleted It After 3 Dates — Here's Why

Raya describes itself as a "private, membership-based social network." It has an option for professional networking, in addition to dating. To get access to it, you have to be invited by a friend and then have your profile approved by the app via them scanning your social media. Despite its networking theme, everyone I know on the app uses and describes it as a dating app. Still, I would come to learn that the exclusivity, as well as the emphasis on professional networking, has the potential to make Raya a little less fun and flirty and a little more business casual.

I was so excited when Raya approved my profile. I'd heard so much about it from friends, and I desperately craved the invite. My friend invited me in December 2018, and I started swiping ASAP. In my first few months as a Raya user, I didn't actually use it to go on dates. I was about to move to LA, so I figured I'd date when I got there. I still thought it was worth the $8.99/month to swipe through and see if I could spot any celebs (I only saw the roommate's boyfriend from Love and a guy I'd seen in taxicab videos — uhhhhhmazing).

Raya doesn't let you screenshot (seriously, get over yourself, Raya), so I couldn't keep my friends updated on my convos on the apps. Other than that, it's similar to other dating apps. You write a short bio, and then if two people like each other, you get to chat. Also, matches expire after 10 days, which felt like enough time. I use Bumble too, but those matches expire after 24 hours, which feels too fast. Overall, I found that by far the best part of Raya was tweeting about Raya, and I was able to do this anyway, dating or not.

Once I got to LA, I decided to buckle down and find someone to go on a date with. Almost everyone I saw on the app worked in the entertainment industry, but TBH, this wasn't that different from other dating apps in LA. If I had a dollar for every aspiring comedy writer I saw on Tinder, I'd have enough dollars for a turmeric oat milk latte, and that's a lot of dollars. But Raya was different — it was glossier. Instead of profile pictures, it had profile slideshows with a self-chosen background song. Almost everyone had at least one professionally-shot photo (myself included). And, even in casual Los Angeles, almost everyone seemed to have at least one photo in a suit.

I started talking to a TV writer who seemed cute and witty. We planned to get smoothies, and he gave me the name of a place in West Hollywood. He didn't ask where I lived or what neighborhoods were most convenient for me — he simply chose a spot close to him. My expectations going in were perhaps too high — on most of my previous dates, I felt like the person was genuinely interested in getting to know me. Even if there was no chemistry or the conversation lacked spark, it seemed like they were interested in basic facts about my life. This was not the case on this date, nor on any of my Raya dates.

When I arrived, he told me he was going to pay for my smoothie because of how long it must have taken me to get there (I took a $15 Uber — the smoothie was $8. It's rare that a smoothie in LA feels like the cheaper option, but, alas, here we were). Already, it felt very transactional. He then proceeded to tell me about the five TV pilots he'd written (none of which had been made) and what he was best "known for." In between describing each pilot, he, of course, stopped to ask where I was from, if I liked LA, and what I did for fun. Just kidding! He did not do that. He did ask once if I worked in TV, and when I said "no," he proceeded to describe yet another pilot (I think an adaptation of a children's novel, but darker and without charm). I was grateful the date lasted a mere hour and 15 minutes.

On my second Raya date, I decided to adjust my expectations. Raya claims to be a social network, after all, so it makes sense that two people in the same industry would want to talk about work. I don't work in TV, but I am a writer, and I understand the lay of the land. This guy was a TV producer. Before we went out, he made a joke about how he expected me to try to pitch him a show. At least, I thought it was a joke — maybe this was based on his experiences with Raya. I actually do have a few elevator pitches of TV shows, but I pull them out only when someone asks (or when I'm with my mom, OK?).

This producer was even worse than the writer (as a woman who's dated one too many comedy writers, I couldn't quite believe this, but so it was). Even though I was ready for the work talk (and I'd gone on dates with many work-obsessed people in my day, across many cities and apps), he seemed to not even register that I was there. He told me he had recently sold a television pilot that didn't get turned into a show, which disappointed him, because he was looking forward to "raising his standards." I tried to give him the benefit of the doubt — did he mean professional standards? But no, I think he meant romantic standards. He also attempted to compliment me by telling me he usually walked out on dates since he was trying to "optimize his time." He seemed to expect me to be flattered — sure, it's flattering to receive the most basic amount of human decency, I suppose. The date was so bad I almost wish he had walked out. He did not offer to pay for my coffee and suggested that we try to duck out on the bill entirely. I offered to pay for him, and he replied, "No, it's fine, I still made a sh*t ton of money from the pilot." Oh, good.

At this point, I was just about ready to cancel Raya. I was paying $8.99/month, and honestly, I would have rather put that money towards getting an unnecessary root canal or asparagus. But I gave it one last chance. The last guy I spoke to on the app sounded nice. He also asked me what neighborhood I lived in and picked a spot near me (odd how this set him apart from the masses). This time, I fully anticipated that it could be bad, but I went anyway because I'm a glutton for self-punishment (JK — but I do tend to try out dates I think could go wrong — I'm an optimist). I don't like to judge dating apps on the quality of my dates, but Raya hadn't made a good first impression. Or second. And in an industry of first impressions, that seemed like a warning sign.

The last date was the best of the three, but not good enough to keep me hooked. He spent most of the time venting about how challenging it was to break into the entertainment industry, and he invited me to vent with him. While he was the only one of the three to make an effort to include me in the conversation, I don't know how I feel about bonding exclusively over complaining. While there's nothing wrong with complaining and it can be cathartic, I personally try to avoid complaining when I meet new people so we don't set up a dynamic rooted in shared complaining (of course, this is an essay in which I complain about Raya, so who am I to judge?). I understood why he wanted to vent to me — we had the similar experience of being two Los Angeles residents looking to work in entertainment — but I didn't feel a spark. The date ended, and so, too, did my Raya saga.

Let me be clear: There's nothing wrong with using Raya, it just wasn't the app for me. Raya has a lot benefits — iIt charges users $8.99/month, which suggests users might have some interest in actually going on dates to be willing to pay for it (spoiler: not always the case on Tinder), and scanning social networks might prevent someone from lying about their identity, and this can make Raya feel safer (or actually be safer) to use.

Raya also gets a lot of press coverage for the celebrities who use it — in 2016, Nylon reported that Cara DeLevingne, Sharon Stone, and Joe Jonas all had profiles. Perhaps a Raya user might think that being on Raya creates an added pressure to "act like a celebrity", too (I'm not really sure what this means, but I assume talking obsessively about your pilot falls into this category), in order to keep up with the rest of the users. Additionally, Raya presents itself as an exclusive app, so maybe the people I matched with wanted to prove that they were worthy of Raya. I don't fault them for that (except for that guy who literally walks out on his dates) — there already can be so much pressure to act a certain way on dates, and presenting Raya as an exclusive option may add a layer of unnecessary stress.

Ultimately, Raya didn't work out for me (although, I'm single, so it might be fair to say none of the apps have worked for me), but that's OK. Not all apps are for everyone! I just haven't met the right app to settle down with yet. Until then, I'll be swiping on other apps — I've heard great things about GrubHub.

More like this
20 Tweets About Raya That Show Just How Exclusive It Really Is
By Corinne Sullivan
24 Responses For Hinge's "A Shower Thought I Recently Had" Prompt
By Lydia Wang
Here's The Reason You Don't Like Dating Apps, Based On Your Zodiac Sign
By Corinne Sullivan
Stay up to date