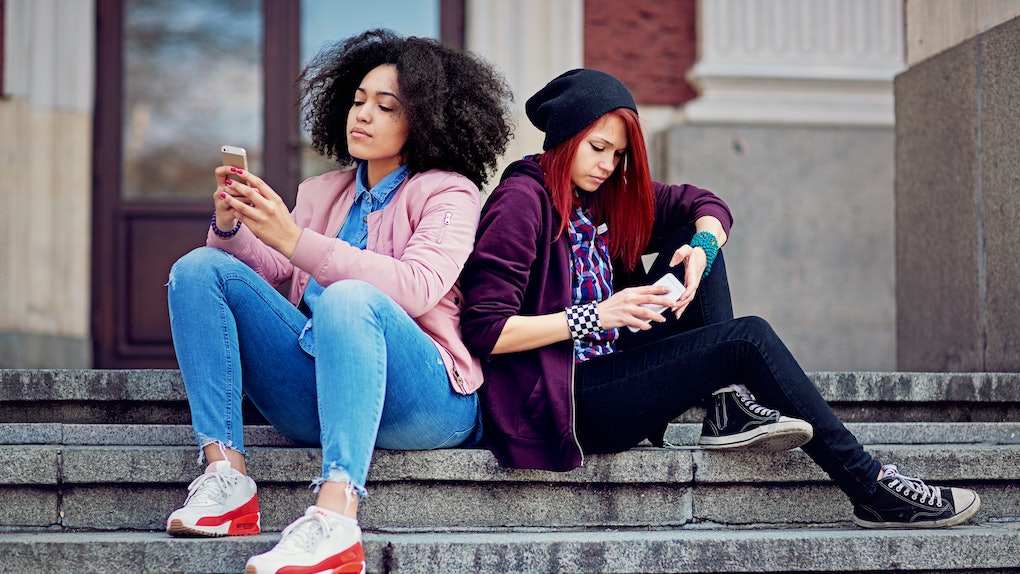 How You Fight In A Relationship, According To Your Zodiac Sign

There are few things in this world more terrifying than watching a couple in the middle of a fight. Whether they're that drunk couple yelling at each other in the street at 2 a.m. or the prim and proper duo, side-eyeing each other over brunch in such a way that means, "We'll discuss it later," these fights never fail to instill fear in all those bearing witness. This is probably because almost everyone can relate to that hair-splitting stress. The variety of relationship fighting styles is endless. Some choose to let the argument boil to a sneaky little simmer that explodes without warning, while others might prefer to come at their partner with a startling amount of anger, only to apologize for it later. That's why it's an absolute necessity for us astrology enthusiasts to delve into how you fight in a relationship, according to your zodiac sign.

Obviously, just because you and your partner are fighting doesn't mean that your relationship is doomed. On the contrary, where's the passion in a relationship that gets along perfectly all the time? Fighting can bring you closer, help clear the air, and strengthen your bond. On the other hand, too much fighting is a serious indicator that maybe, just maybe, you bring out the worst in each other. Either way, let's find out how you choose to have it out with your partner, based on your zodiac sign:

Aries: "And Another Thing!"

I know you hate losing more than anything in the world, Aries. A fight with your partner is no exception. If they do something that hurts or annoys you, you're definitely not one to keep quiet about it. You'll let them know immediately and with such well-articulated veracity, it'll be hard for your partner to even attempt to defend themselves. If they do, hopefully they're prepared to be defeated. You've got a whole list of reasons why you're right and they're wrong.

Taurus: "Oh, Were You Expecting Me To Say Sorry?"

You stubborn bull, Taurus. You're so confident in your position during fights, you'll quietly wait for your partner to finish expressing all the reasons why they're upset, only to roll your eyes, totally unmoved. You tuck your emotions behind you so you can face the argument with clarity and pragmatism, which cleverly makes your partner definitely look like the ridiculous one.

It's a tale as told as time that you're known for having two sides to your personality, Gemini. This expresses itself most powerfully when you're in the middle of a fight with your partner, as you're capable of taking things to dramatic extremes only to regret what you said later and apologize. One thing's for sure: You're terrible at holding grudges and you're willing to let things go in order to save the relationship.

Cancer: "I Can't Believe This Is Happening!"

Of all the signs, you're most known for breaking down in a fit of tears during a fight with your partner, Cancer. It's only because you have such a big and sensitive heart. Fights with the person you love most are difficult for you to handle, regardless of who's at fault. However, once you're done wiping away the tears, you can definitely hold onto a grudge. You're capable of rehashing arguments that happened years ago, over and over again.

Leo: "I Don't Even Have Time For How Wrong You Are"

When your partner wants to fight with you, the first thing that goes through your head is, "Ugh, here we go again." You've got important things on your plate, Leo — fighting is such a petty use of your time. Or maybe, you're just a little bit arrogant? Either way, a fight with you is rarely an equal exchange of perspectives, because all you see is your own. You're known for insufferably defending your own beliefs until your partner finally gets tired enough to simply agree with you.

Virgo: "You Are Driving Me Up The Wall!"

It's not that you love starting fights, Virgo — it's just that you can't help it sometimes. You have a very strict moral code and if your partner doesn't care to understand that, then you've got a problem. It's difficult for you to pick your battles, but you know that resentment will only build over time without communication. Your partner might consider you uptight and overly critical, but you don't see it that way. You're always willing to abide by your partner's needs and you expect the same in return.

Libra: "Why Are You So Dramatic?"

You're just trying to keep the peace, Libra — that's all. "Balance" is your middle name, which is why it feels totally absurd when your partner wants to start a fight and ruin everything. This is why you can't have nice things. You have the tendency to avoid your partner when they're upset and shut down, making them feel like they're talking to a wall. Of course, there are certain relationship no-nos that you're always willing to fight about — particularly when it makes you jealous. Why exactly are they talking to their ex?

Scorpio: "Fine, If That's How You Want It To Be"

There is no sign sneakier than you during a fight, Scorpio. You fight with your partner without appearing like you're fighting at all, which is what makes it so terrifying. The mind games you play are deadly. You'll have your partner eating out of the palm of your hand after your manipulations have played out accordingly — except when they don't. When your partner starts catching on to your tricks, you'll eventually apologize (until you're able to think of new ones, of course).

Sagittarius: "Who Do You Think You Are?"

When you're upset with your partner, all bets are off, Sagittarius. There's nothing you won't say or do to get your way. I mean, how dare they treat you like this? You enjoy being No. 1 in your relationships, which is why it's shocking when they don't speak to you as such. But hey, if they want to fight, bring it on. You'll start removing your earrings and start attacking their deepest insecurities. Fighting with you is really a pain in the butt. They should have known better.

Capricorn: "Oh Honey, Anger Isn't A Good Look For You"

You are such a smart-ass during fights, Capricorn. The level at which you're capable of condescendingly minimizing your partner's feelings is truly a sight to be seen. But honestly, all this fighting is so immature. Why can't they just calm down and meditate for a second so you two can discuss the problem like adults? Then you can explain to them, rationally, that they're wrong for feeling the way they do. Period.

Oh Aquarius, where are you going? You can't run away from all your problems. Sooner or later, your partner is going to come looking for you. You have a tendency to want to avoid conflict at all costs. I know you're scared of your emotions, but the more you procrastinate on facing them, the more intense they become. On the other hand, sometimes your partner just needs a breather and you know fighting will only makes things worse.

Pisces: "I'm Sorry I Acted So Irrationally When You Hurt Me"

You will literally forgive your partner for everything, every time, even if they're 100% at fault. Your selflessness is admirable, but sometimes, you allow yourself to become a doormat during fights. I know you just want everyone to get along, but your partner may take your amiable nature for granted one day. However, you'll always fight with your partner if they behaved cruelly to someone else. You never fail to be a champion for the underdog, sweet Pisces.

This article was originally published on Jan. 29, 2018