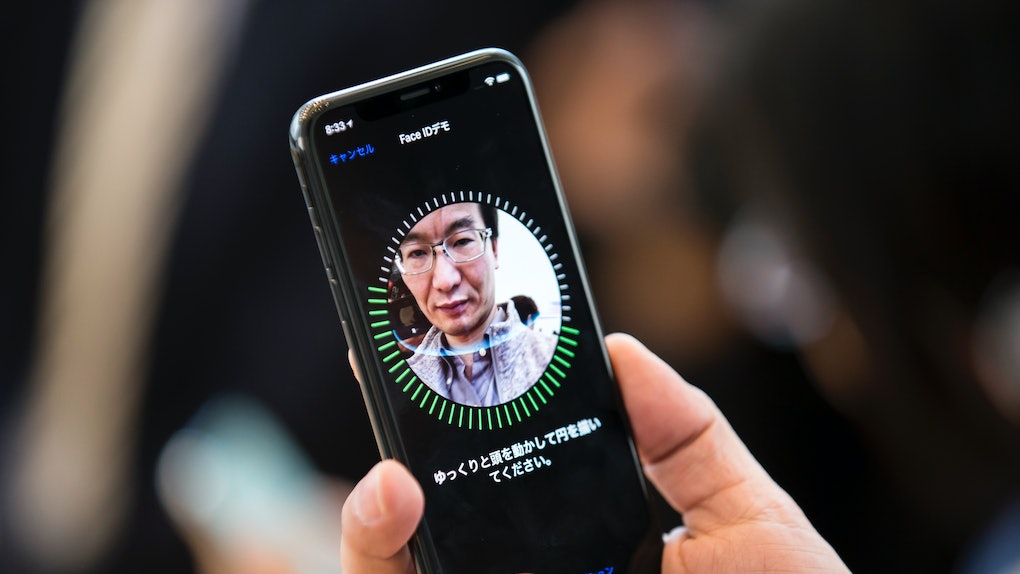 The iPhone X totally disrupted the applecart (see what we did there?). Techies grew accustomed to plugging in their six-digit code in order to access their devices, but now, the Face ID security measure does away with iPhones' passcodes and home buttons. It's definitely a new experience, but here's how to set up Face ID on the iPhone X if you're ready to move into this new technological phase.

Step one: Embrace the face. Gone are the days where you make up a top-secret code to gain access into your phone. Now, all you need to do is sit there and look pretty while the gadget analyzes your features, determines your identity, and unlocks its super-sensitive information: text messages to bae, social media apps, embarrassing notes, etc. Consider your looks the key to the phone.

Now that you've gotten your hands on one of these high-tech devices, here's how to get started:

There you have it, friends — a way to access your new fancy schmancy cell. Of course, now that this new feature has made its way onto shelves, people are doing everything in their power to debunk the technology. Everyone wants to outsmart the Face ID.

Vietnamese cybersecurity firm Bkav put the highly anticipated smartphone to the test with the help of a creepy-looking mask. A mixture of 3D printing, makeup, and 2D images, Bkav's mask was able to defeat Apple's new security system. Though it seems like a fun prank to most, the firm did warn people of the potential risks. The company site read,

With Face ID's being beaten by our mask, FBI, CIA, country leaders, leaders of major corporations, ect. are the ones that need to know about the issue, because their devices are worth illegal unlock attempts. Exploitation is difficult for normal users, but simple for professional ones.

Naturally, Bkvak wasn't the only curious group out there. Mashable decided to put the gadget to the test with the help of two sets of twins: MJ and Marc Franklin and Carlos and Alex Cadorniga. The brothers gave it a whirl... and that's when it happened. Not only were the fellas allowed to gain access into their siblings' phones with Face ID, but they were able to do so twice.

Oddly enough, Business Insider tried the same trick with two identical twins, 36-year-old Greg and Brian Fieber, but this time, the phone outsmarted them. Neither one of the brothers got to break into his sibling's phone, which is undoubtedly a relief. Greg Fieber noted that it was a "pleasant surprise" that Apple could differentiate them, considering members of their family sometimes cannot.

But let's be honest, folks: The real draw of the Face ID system isn't security measures, it's Animojis. You now have the option to bring your favorite emojis to life by allowing them to mimic your expressions, all thanks to Face ID. If you were questioning the system, just be grateful you now can make that unicorn smile, laugh, frown — whatever your heart desires. Obviously, all forms of communication are taken to new levels with the likes of these bad boys.

There you have it, ladies and gents: Face ID. Start spinning your head 360 degrees so you can start the Animoji fun... I mean, properly secure your device.