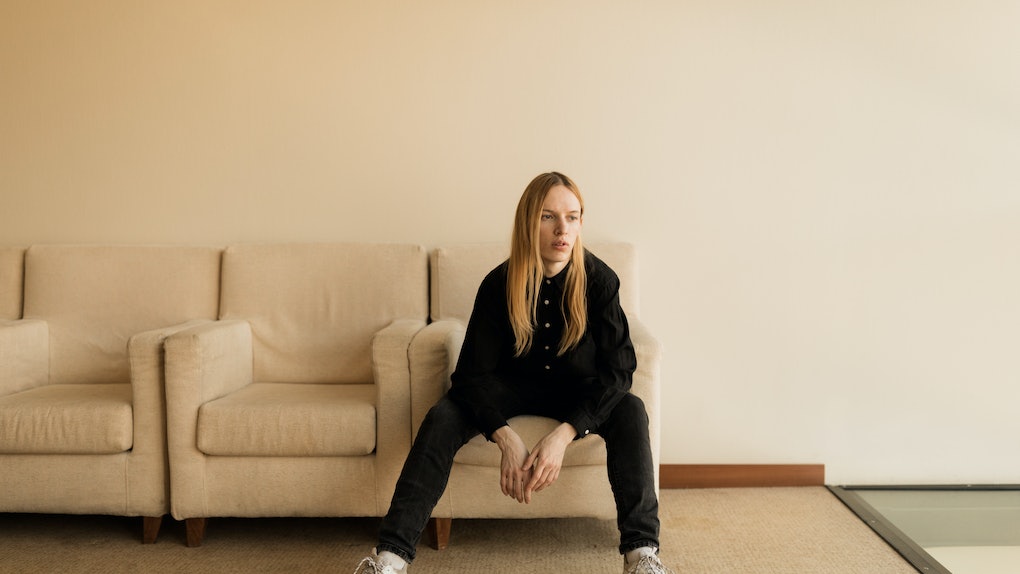 How To Get Someone You Like To Stop Ignoring You, Because You Deserve To Be Seen

I've been there many times — I befriend someone cute in a class or at work or at a party. I think we know each other — we follow each other on Instagram, after all. But then they don't even look at my Instagram stories, and I feel like they don't know I exist. Sometimes, I feel like immediately after I develop a crush, they stop so much as saying "hi" to me in person. If you've been in a similar situation, you may be wondering how to get someone you like to stop ignoring you. To find out, I spoke with experts on what advice they'd give you, because you deserve to be seen.

First, you should try to understand if your crush actually is ignoring you. I've certainly thought someone was ignoring me because they didn't say much around me at first, but I later learned they were just shy. "Don’t jump to conclusions — are you sure they are actually ignoring you?" Dr. Joshua Klapow, Clinical Psychologist and Host of The Kurre and Klapow Show, tells Elite Daily. "Could they absolutely see you but are feeling nervous or anxious to approach you? Could their lack of engagement be because they don’t think you are engaged?" Of course, there's a chance they are actually ignoring you (in which case, I have advice for that later!), but first, figure out if the perceived ignoring is real. It's totally normal to think someone is ignoring you when they're not — I've thought the same thing many times. Try asking them to coffee to find out. Then, they know you're interested in talking to them, so if they're ignoring you because they think you're disinterested, they may stop. Understand how and why you think they're ignoring you before jumping to conclusions.

You can't control how another person feels, but you can control how you behave around them, so let them see the real you. "To get someone to notice you, don’t work so hard," Dr. Klapow says. "Introduce yourself, smile, maybe talk a bit, but don’t try to get them to notice you. Instead allow them to notice you by not covering up with pickup lines, dressing in a way that is not consistent with who you are, saying things that are not true to who you are." You want them to see who you really are, not an airbrushed version of you. Show them your genuine self by cracking jokes you think are funny and asking questions you want the answer to. If they continue ignoring you, they're not worth spending time with, because you won't be able to be yourself around them.

It can be better to not rush getting them to notice you — you want them to realize your authentic charm, and this can take a few conversations. "Being yourself may not get them to notice you as quickly but if they like what they see and hear, then you know they like you — not some fake version of you," Dr. Klapow says. This can be tough if you're excited for them to notice you, but ultimately, slowing it down might be more effective. Dr. Klapow explains how instinctive it can be to get someone to notice us quickly. "We dress a certain way, say certain things, take actions that are often not authentic to get the person simply to notice with the hope that if they notice then we can show them how great we are." This is completely OK, and if you want someone you like to notice you right away, you're not doing anything wrong. Ultimately, it takes time to get to know a person. So, if your crush is ignoring you, be ready to get to know them slowly.

If someone ignored you in the beginning, it in no way means things won't change or work out later on. "We have to change our definition of noticing," Dr. Klapow says. "Getting to know someone happens over time. We may see someone and they may see us and it may be weeks or months before we notice each other in a way that allows us to date." If someone is ignoring you, it's not your fault. It also might not be their fault either — the process can be slow. You don't have to give up on a crush who doesn't notice you right away. You should never be with someone who makes you feel bad about yourself. However, if you get to know them and realize that the reason they were supposedly ignoring you in the beginning wasn't about you, then you can definitely still have a healthy relationship (if that ends up being what you both want).

You deserve someone who notices you, whether that happens immediately or after seeing them many times. That said, there are so many reasons why someone might ignore you initially — maybe they're shy or think you're disinterested. Take this advice to get someone to see the radiant person you are on the inside. And if they keep ignoring you — well, that's definitely their loss.