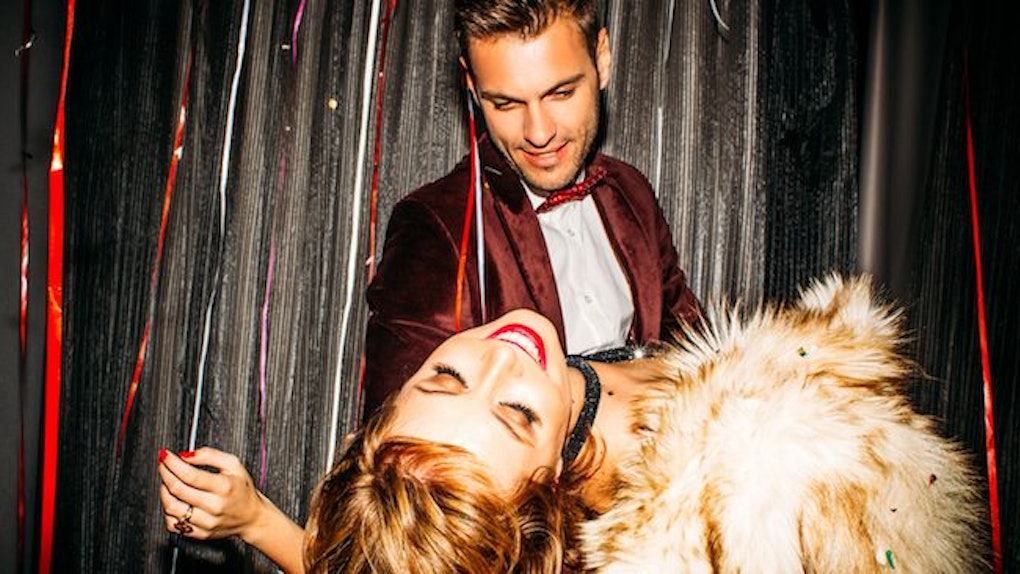 Is He Interested In Me? Not If He Does These 4 Little Things

When you're little, you're taught that the person who bullies you probably has feelings for you that they don't know how to express. You're told that person who punches you in the arm at school would much rather be kissing you — they're just too scared to say it. And that's a horrible message to be sending.

Now, as an adult, I'm absolutely certain that every person who ignores me, treats me like sh*t, and abandons me is secretly in love with me, but doesn't have the courage to say it out loud. Almost every interaction with a mean guy leaves me wondering, "Are they interested in me?"

Surprisingly, though, if someone likes you, you will know it. And if an emotionally mature person is being rude to you, it's a pretty good indicator that they're not only not worth your time, but they aren't that into you either.

Here are some things you may think indicate your crush likes you, but actually show they're not interested.

1. They Play Too Hard To Get

If they're playing really hard to get, then sorry, but your crush is just not that into you. When they don't text or call, make plans, pay attention to you when you're out in public, or engage in conversation, then most likely, you aren't a very high priority for them.

While you might try to justify it by saying they're nervous around you or they don't want to be too obvious about their very serious, very real, and incredibly intense feelings toward you, unfortunately, that's usually not the case.

If someone likes you, they'll want to talk to you and spend time with you, and they'll make an effort to do so – without question.

2. They Flirt With Your Friends

I used to think that if my crush was flirting with my friends, it was only as a way to make me jealous because they actually liked me. But no. That's not the case.

If someone is flirting with your friends, it is because they don't like you. They like your friends. (I'm sorry.) Or even worse, your crush has the emotional maturity of a kindergartener and thinks the only way to get your attention is to make you feel so rejected and isolated, that ultimately, you'll end up clamoring for their attention.

If that is the case, hard pass and make sure your friends don't buy into it either.

3. They Set You Up With Their Friends

Someone who likes you does not want to see you hooking up with their best buddy. They don't ask you if you like their college roommate just to test you or because they love you so much — they feel they just have to pawn you off to someone else.

A person who likes you will ask you out. They won't hand you off. So if your crush is trying to set you up with someone else, then I'm sorry, but they don't envision you as their soulmate.

Have you heard of "negging?" It's when someone gives you a backhanded compliment in the hopes of getting your attention, invoking a response, and sucking you in by making you want their approval.

For example, someone might say, "You have beautiful hair, when was the last time you washed it, two weeks ago?" While it might seem like teasing or flirting, someone who has pure intentions is not going to interact with you this way. Negging is an insecure person's game.

A person who likes you will give you real compliments — ones that don't make you feel bad about yourself or rile you up in order to get a response.

If you're wondering if your crush likes you, then that's problem number one. You probably shouldn't be wondering at all. Don't buy into the idea that a person only likes you if they're ignoring you or being mean to you.

When a person likes you, you'll know, and you shouldn't settle for anything less.