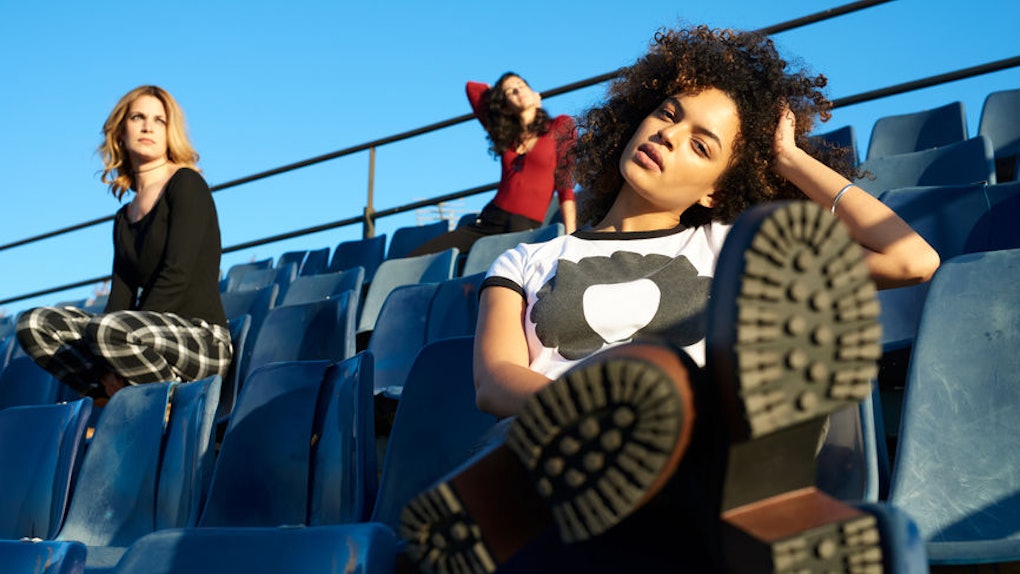 How To Ask For More Consideration From Your SO, According To 9 Women

Relationships take work to maintain. Sometimes, even if things are going great, you can step on each other's toes without meaning to. If you're feeling like you need to bring up something that's been bugging you, it's totally within your right to do so. But TBH, opening up can be super intimidating. Figuring out how to ask for more consideration from your partner is complicated and delicate, but remember that you deserve to present your needs honestly and directly.

There are many advantages to airing out something that has been bothering you. For one, it can be easy to forget that you are always learning about each other and how you work together in a relationship. "Even the best relationship can have difficult times — every relationship has serious problems, concerns and even crises," Joshua Klapow, Ph.D., clinical psychologist and host of The Kurre and Klapow Show, tells Elite Daily. "Communication is the key to keeping a relationship healthy. Talking about more than the daily tasks. Talking about the larger topics respect, honor, love, dreams, fears, concerns."

If something is bothering you in your relationship, take a cue from the following nine women and consider saying something that puts your concerns out on the table.

When They Do Something That Hurts

"I used to date someone who I actually had to confront about being on Tinder while we were in a relationship and we weren't open. He said that it was more about the fact that it felt good but it certainly hurt that he was doing it. The relationship didn't last long after that, but I remember this being really frustrating because he didn't seem to respect what I wanted, which didn't feel unreasonable."

When The Conversation Reveals A Lot About Them

"I was in this situationship for a while and I was really hurt that he wouldn't text back for, like, days. I finally got up the energy to talk to him about it and he just gave me excuses. It was a sign that things were not great with this person, but it took me forever to bring up that the delay in reply really hurt my feelings. We don't date anymore, just FYI."

When It Surprisingly Goes Over Well

"One time I had to ask a partner to not be so late when she always said she was coming over. I liked that she was very much a go-with-the-flow person, but when she said she would be coming over I would get all excited and then be waiting around for like an hour. Once I asked her, though, she always came over more on time and it felt good that it was a simple thing to work out. It made me feel cared for."

When You Realize That People Should Care About What You Need

"I feel like when you want something you should just say it and it shouldn’t matter what stage you’re at because if they’re really into you then they shouldn’t be scared of what you want. I used to be afraid but then I realized that I didn’t want to hold back because someone who is interested in me shouldn’t be scared of me saying what I want."

When You Realize You Have Different Needs

"One time, I was sleeping with someone on-and-off and they liked it when I left their apartment before they had to leave for work... for alone time, I guess. And, though that makes sense in theory, it kind of made me feel sh*tty? So I mentioned that, and we kind of argued about how we needed space at different times. It was one of the things that they cited when they ultimately ended it. But I still feel good about being confident enough to state something that was bothering me."

When They Just Aren't Listening To What You Want

"This guy I dated would frequently comment on my appearance so much and it felt good some of the time, but largely it felt like he was super focused on it. So I told him I wanted him to focus on it less and he sort of pushed back saying that he was doing and saying these things for me. But it was so frustrating that he wasn't listening to what I was saying and what I wanted."

When You Just Need To Check In About How You're Feeling

"We had gotten into three little arguments over the course of the week because I felt he wasn't considering my feelings. Because it was on my mind, every little thing he would do had started to get on my nerves. On Friday night, we went out to dinner and had a really honest chat. I opened up to him about how I had been having a really sad week and that what I really needed from him was a little extra love and consideration. At first, he responded with shock and concern — encouraging me to talk to someone, etc. But the more we talked about it, the larger understanding we reached. Then we went to the movies and saw Rocketman."

When You Just Really Need To Talk Some Things Out

"I was dating this 40-year-old artist who had a certain kink. I was fine with it for a while but then, after a few months, I needed to talk to him about it and understand why he was feeling that way. It's not like I wasn't supportive of something that he was into, but I needed to know why. And then he got defensive and didn't want to share and it ultimately ended our relationship."

When You Shouldn't Have To Ask

"I dated a lot of people that wouldn't give me attention or affection unless I some what begged them for it. It was horrible. I was always asking for more consideration and it made me feel worthless. I also thought that this was just what relationships consisted of: asking someone to see you and care about you. After a particularly bad relationship like this ended, I took time to really evaluate what I want from a partner. I've dated people since then (and am dating someone now) that never makes me feel like their affection is limited and contingent on me asking for it. It's incredible to not have to constantly ask for someone to consider me, because a good partner should just do that without being asked."

It can be really hard to get up the courage to ask someone to treat you with more respect. It's awesome that these women had the strength to open up to their partners and communicate their needs. Ultimately, you deserve someone who always considers you and your feelings.