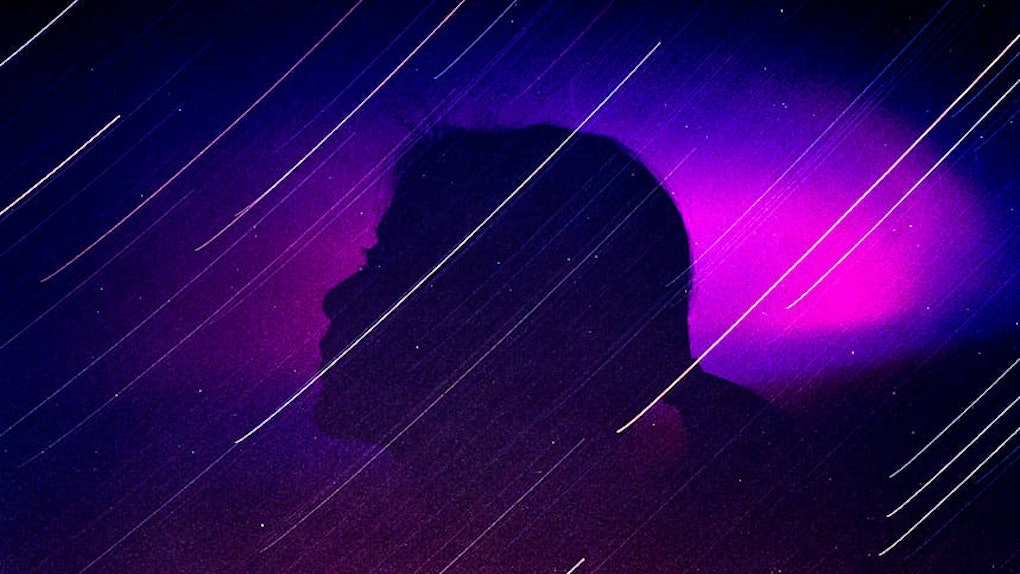 There's been a lot going on in the universe these past few months. Really, it seems like you can't blink an eye without something going into retrograde, or the moon doing something spectacular. This time, from April 22 to Sept. 30, it's Pluto going retrograde. And if you believe in the power of all things astrological, you might already know that each planet and the path it travels corresponds to something different. As for Pluto, it's the underworld, meaning all things below the surface. And yes, that means Pluto retrograde might affect the introverts among us, who tend to keep things inside rather than express them.

According to astrologer Matthew Currie, "whenever a planet turns retrograde, there's a tendency for the matters that the planet rules to become more inwardly focused." For instance, he tells Elite Daily, Mercury rules communication, so when this planet goes into retrograde, you're more likely to screw up things like email or text, or have a hard time getting through to customer service. However, he says, these retrogrades can be "an excellent time for detailed planning [and] introspection."

Pluto has a lot to do with the things we fear in life, Currie tells Elite Daily, and that could affect introverts more deeply than others.

"It might be oversimplifying things to say this, but the difference between an introvert and an extrovert may be how much they fear how others will respond to them," the astrologer explains. "An introvert might be afraid that someone will laugh at their dance moves, and an extrovert either doesn't care or is glad to be providing amusement to people."

So basically, Pluto's retrograde presents an opportunity for introverts to face some of these social fears and doubts head-on — in other words, it may be time to, for once, put yourself out there and dance like no one is watching. "For introverts, Pluto retrograde is a good time to (as the classic self-help advice book puts it) feel the fear and do it anyway," Currie tells Elite Daily.

For an introvert, he adds, Pluto retrograde may be an excellent time to think about how you affect the people you interact with, and recognize any of the ways you might project emotions or feelings onto others, specifically in terms of what they think about you. According to Currie, this is a good time to realize that, at heart, people might like you better than you think — or, at least, that people aren't as hostile or judgmental as you might initially believe.

So, yes, dear introverts, trust that it's OK to express your true self when you talk to people.

According to astrologer Elisabeth Grace, Pluto retrograde will also stir up issues related to power plays and perspective in social relationships, as well as transformation, and even breakdown and decay. "For introverted individuals, during the retrograde, you may become more self-reliant in matters of [personal] power and using your resources," she tells Elite Daily.

But it won't only be introverts who feel Pluto's power from within, Grace explains. Others who might feel affected by this retrograde, she says, are those born around the 11th of April, July, October, and especially January. "They may find aspects of themselves completely transformed by the time Pluto's influence on their horoscope has ended, and this might take up to two years," she tells Elite Daily.

I know that might sound a bit daunting, but Grace insists these will all be positive long-term changes, and you can expect to see that progress happen gradually, rather than as something that hits and overwhelms you all at once.

So really, you might just be surprised and delighted by the new feelings of empowerment that may begin to emerge while Pluto is in retrograde. Change is scary, yes, but it's also a good thing. Pluto's simply helping you get to exactly where you need to be in life, one step at a time.