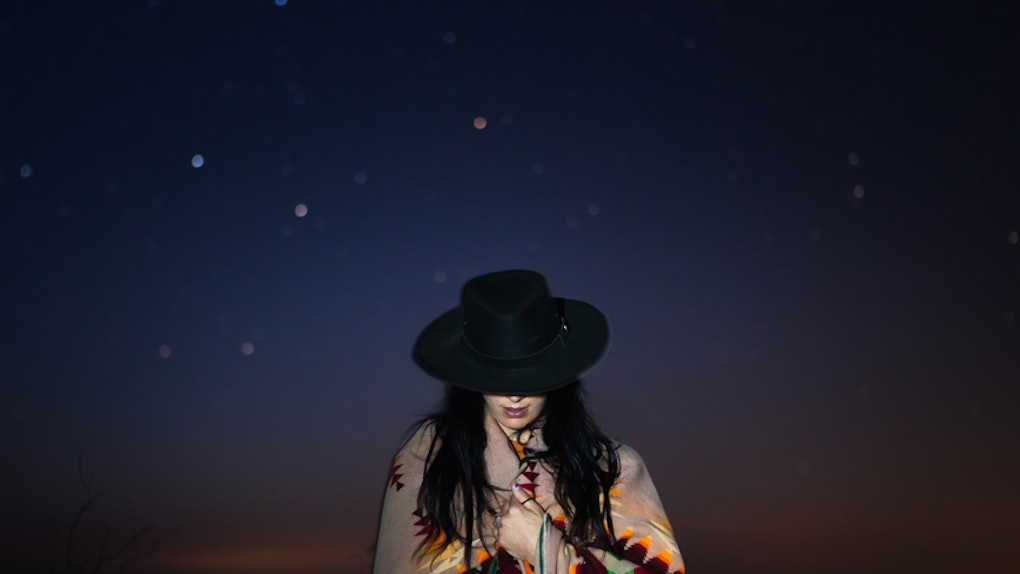 Pluto Is Going Retrograde & Here's What It Means For Your Sign

There's so much going on astrologically right now, having just come off the heels of Mercury retrograde, that a major planetary shift hasn't gotten quite the amount of attention it deserves. Pluto is going retrograde on April 22, and it's going to allow every sign to really let their shadow side out. Pluto is the planet of transformation, the planet that governs your ability to explore your demons and grow spiritually from them. If you don't have a therapist, now might be a good time to get one. It's definitely better to face these demons head-on than to try and avoid them, only to have them rear up when you're least expecting it.

I could tell you what Pluto retrograde has in store for you based on your sun sign, but to be more specific in your horoscope, you've got to look at the rising sign. To find out your rising sign, you'll need an accurate time of birth, but you can find out everything you need to know using this natal chart calculator. Based on your rising sign (aka your ascendant), you'll discover not only what lessons Pluto has to teach you, but the area of your life (aka house position) in which you'll be challenged to learn them. So let's get down to the nitty-gritty, and see what this great planet has in store for you until it goes direct — which won't be happening until Sept. 30, 2018. Strap in!

Pluto is retrograding in your 10th house of career, fame, and honors, which means you'll be challenged to discover and explore any desires and fears you have in your job. Whether you're happy where you are, or you've been craving change lately, now is the time to face any negative beliefs that might be keeping you from moving forward.

Pluto retrogrades in your eighth house of death and rebirth. This house rules over sex, as well (the French word for orgasm is "la petite morte," meaning "little death"). This transit will have you examining your joint resources. You could begin a new job, a new relationship, or you could be searching for either one, and coming up against some of your deepest fears along the way, forcing you to let go and trust the process.

Pluto retrograding in your seventh house of partnerships could likely lead you to embark on a new relationship — romantic or professional — and as a result, explore the many ways in which you struggle with power dynamics and emotional manipulation in order to help you feel safe in these types of relationships. However, these dynamics will have to be given up if you want this new connection to last.

Pluto is retrograding in your sixth house of health, daily routine, and responsibilities. Since Pluto is the planet of obsession, fears, and all that exists below the surface of your psyche, you could find yourself hitting bottom with a habit or addiction that finally forces you to address change. Transformation of your physical health, or even just your daily health routine, is likely — that is, if you're willing to play ball.

Pluto retrograding in your fifth house could mean a lot of things, so rather than get too specific, I will say that you'll find yourself attracting intense, passionate, and deeply intimate energy toward you during this time, either in romance or in your creative life. If you have children, there could be some intense power struggles in those relationships. Expect your connections with others to deeply intensify during this time period, and rather than point the finger and blame others, ask yourself why this energy appeals to you.

You'll most likely spend the next few months dealing with any psychological wounds from your childhood. If you're in therapy already, expect to focus on this area, and know that there can be a lot of grief that comes up. Don't expect this to be easy, but remember, this could be the single greatest launching pad to your personal growth.

This transit will have you reexamining your discourse with others. The way you communicate and think is often influenced heavily by your own extreme, black-and-white attitudes and beliefs. By the time Pluto goes direct, you will have hopefully gained flexibility in your opinions, and let go of the extremes in order to better understand others, as well as yourself.

You might be feeling a powerful desire to control your money and possessions during the Pluto retrograde, or perhaps you'll feel the need to completely revamp your value system. Either way, your psychological and material values are in need of some renovation right now, as they could both be getting in the way of your personal growth.

Right now, you're in the midst of discovering that the way in which you see yourself, and the way you express yourself to the world (through your appearance, specifically), is about to shift. Even though you often feel safer being in charge and doing everything yourself in life, you may need to get a grip on your desire to control literally everything around you, including other people. Let go of power plays, and let go of control. See what happens when you allow yourself to trust others.

Now is the time to fess up and face the childhood behaviors and beliefs that may have helped you when you were younger, but have now proven to be debilitating in your current life. You have the most work to do right now, in terms of both the psychological digging you'll need to do in order to grow, as well as the amount of resistance you're likely to feel about facing reality.

Now is the time to seek out people, groups, and organizations that support you in your dreams. This may also mean facing the fact that you sometimes sit on the sidelines, rather than join in with others on the path to success. By the time this transit is over, you'll have found the community that more accurately represents what's most important to you, and the qualities that make it possible for you to stand out in the herd.