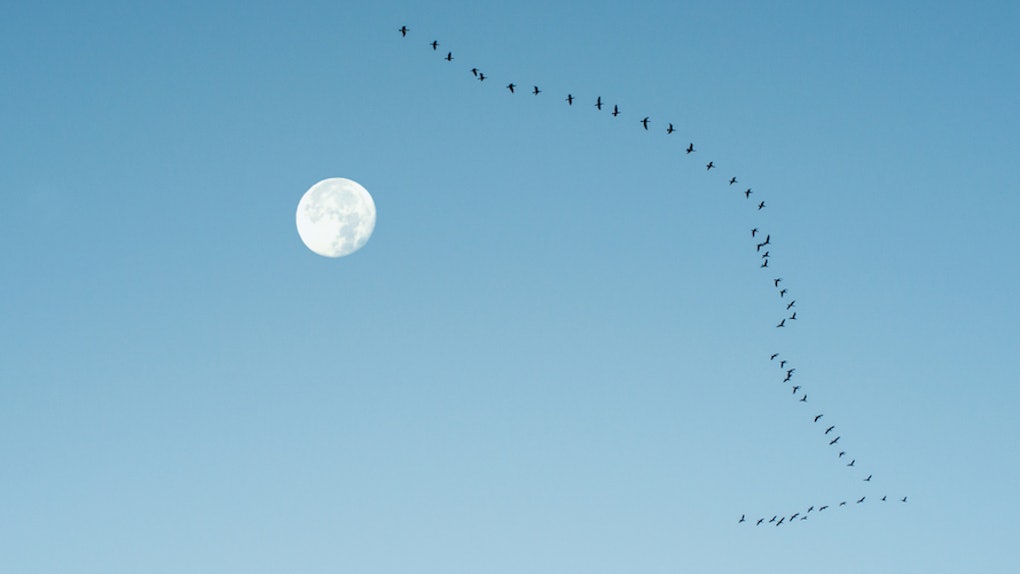 How Often Does A Super Blue Blood Moon Happen? Here's What You Should Know

Break out the popcorn and maybe some polaroids, because there's about to be a party amongst the planets and you and your friends won't want to miss it. On Jan. 31 something rare, and actually pretty rad, will be happening right outside our atmosphere. Sure, science may not have been the most exciting subject for all of us (If we're being honest, astronomy and geology were the only two subjects I truly enjoyed in the field -- dissecting that frog in biology was truly my worst nightmare.) But, bright lights don't just happen in the big cities, and you'll want to step outside or find a rooftop in order to view this space show. So, how often does a Super Blue Blood Moon happen? Turns out, you'll probably never see this sight again in your lifetime, so start planning your viewing party now.

Let's start by taking a second to learn some science. A Super Blue Blood Moon is the second full moon in a month, that looks extra big in size, and with the saturation of a sunset. Despite what its name might imply, the color of the moon won't be the usual white, or the same as the sea.

A Blood Moon happens when there's a total lunar eclipse. According to timeanddate.com, the suns rays are blocked by the Earth, but some radiant colors like red, orange, yellow, and purple still reflect onto the moon because of the atmosphere. It's like the moon is getting all dressed up, and rocking a red lip. You wouldn't miss a photo opportunity on a night out -- I mean, imagine the Instagram possibilities. This main moon event will be no different.

But, we know you have a lot of questions, because you're such a star student. So let's get to it.

How often does a Super Blue Blood Moon happen?

Science Magazine reveals such an incredible event hasn't occurred in over 150 years. Multiple generations have passed since the moon has made a mark like this on the world. I guess we can thank all of our lucky stars and the universe for making it so we could see such a thing in our lifetimes. "Once in a blue moon" takes a whole new meaning with this sky show. After all, blue moons occur about four times every decade.

A Super Blue Blood Moon hasn't graced the world with its presence since 1866. At that time, the country had just fought the Civil War, and cars were most definitely not a thing, let alone iPhone cameras to capture something so cool. Is this a science or history lesson now? I'm sort of unsure. But, to say the least, a lot has happened since the last Super Blue Blood Moon -- I'd say that's quite the reason to celebrate.

When and where can you see the Super Blue Blood Moon?

Unfortunately, not every place on the map will be able to see the Super Blue Blood Moon. So, you might want to book some plane tickets on top of planning your viewing party, while we're still a few weeks out.

One day before the lunar eclipse, the supermoon will actually be at its peak on Jan. 30 around 4:58 a.m. EST. The eclipse will occur around 5:51 a.m EST the following day for those gazing up at the sky in New York City. Want to talk about your city of stars? Find a rooftop, grab a telescope, and a couple of friends for a memorable early morning.

How can you celebrate the Super Blue Blood Moon?

Something so cool deserves a celebration. Grab a couple of friends for a sleepover or some creative moon-inspired cocktails. Maybe get all dressed up in those sparkly New Year's Eve outfits you thought you'd never wear again if you're hitting a spot in the city, or your comfiest winter gear if you're going to step outdoors and seek out that ideal spot for stargazing. Shooting stars are so overrated, and the Super Blue Blood Moon is totally in.