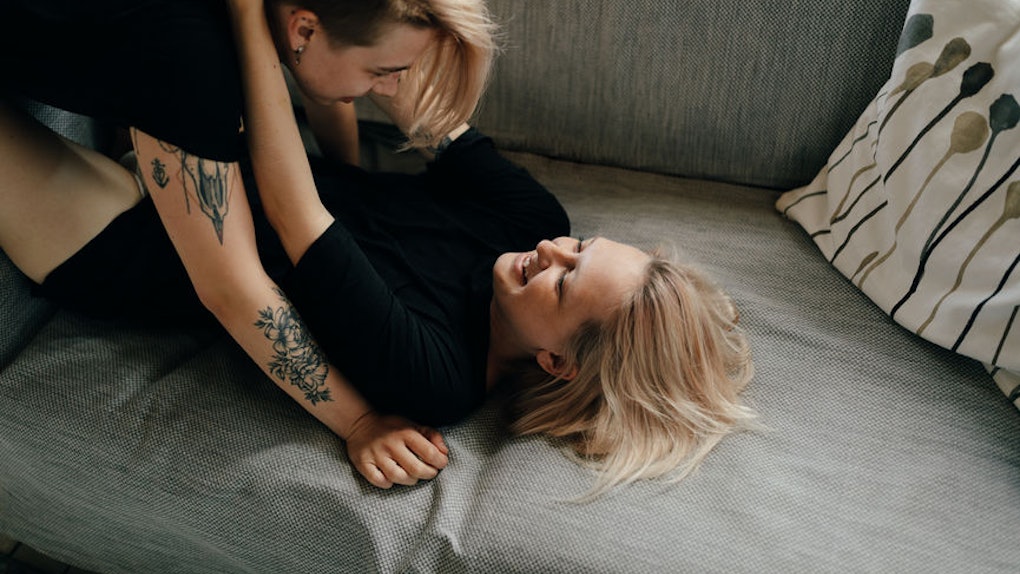 How Mars In Cancer 2019 Will Affect Your Sex Life, According To Your Zodiac Sign

Sex is constantly changing and evolving, isn't it? I mean, how boring would it be if sex was always the same? Even though we all go through highs and lows when it comes to the amount of great sex we're having, it's all part of a cycle that furthers your understanding of sexuality. One thing to remember is that whenever Mars shifts into another zodiac sign, sex takes on a new meaning. That's because, in astrology, Mars rules over your carnal instincts, and you'll want to know all about how Mars in Cancer 2019 will affect your sex life, according to your zodiac sign. When it starts on May 15, you'll embark on another sexual adventure.

However, even though Mars is the planet that's responsible for all things hot and heavy, Cancer tends to feel way more emotional about sex than other zodiac signs. To Cancer, it's not just some physical act that's devoid of all feeling. Instead, sex is passionate and sacred, something to be shared between people who have some seriously deep feelings for each other. Now, this doesn't mean that Mars in Cancer is about waiting until marriage or immediately making things exclusive. However, it does mean that you'll probably be asking for more of an emotional connection and a feeling of safety when it comes to who you share your body with.

You're in the mood to stay home and have sweet, loving sex. It's time to turn on the Netflix, get in cuddling position, and do what your heart wants. Right now, you want sex that makes you feel safe and cared for, with someone you trust.

You're all about dirty talk right now, so feel free to send long, luscious texts to your partner or FWB and let flirtations flutter in your imagination. The foreplay can start way before the act itself. Just talking about sex is turning you on.

You're feeling sensual about sex and you're not in the mood to rush through it. You're down for back rubs, long hours in the hot tub, and taking your time during the act. You don't want to leave any stones unturned.

You're taking ownership of your sexual desires and it's time to make your needs known. Don't be afraid of telling your partner what you want. You deserve to be worshipped in bed right now. You're feeling quite dominant lately.

You're feeling private about your sex life lately, but that doesn't mean it's nonexistent. This is a beautiful time to get really imaginative in bed and to infuse your sexuality with spirituality. Don't be shocked if you start having tons of sex dreams.

You might be crushing on a friend during this time and possibly even engage in a friends-with-benefits situation. You're feeling social and in the mood to try new things, which could mean you want sex with no strings attached.

You're in the mood to flaunt your sexiness for all the world to see. You're feeling more and more bold in the sheets and ready to take control. You want your partner to leave feeling like you're the best sex they've ever had. Right now, you're on your game.

You're feeling incredibly adventurous in bed and you're seeing sex in a new light. Something you previously weren't into might sound totally appealing now. Try having sex in new places and trying out new positions. You won't regret it.

You're feeling intense, passionate, and completely in touch with your sexy side. I'll bet sex is on your mind way more than usual. You want a transformative connection with your partner and the sex better leave you feeling changed.

You're in the mood for an exclusive sexual relationship. Get to know your partner's sexual needs on a deeper level and let them get to know yours. Sex is an equal give and take, so make sure no one is left wanting more when it's over.

You're super observant and detail-oriented when it comes to sex. I bet you're in the mood to introduce toys or try out new techniques. It might be a good idea to settle on a sexual routine so that you're getting laid on the reg.

You're feeling extremely playful and creative about sex. I bet you're finding ways to make any ordinary activity sexual. This is a great time to keep things light and fun with your partner so you can rediscover your sexuality.