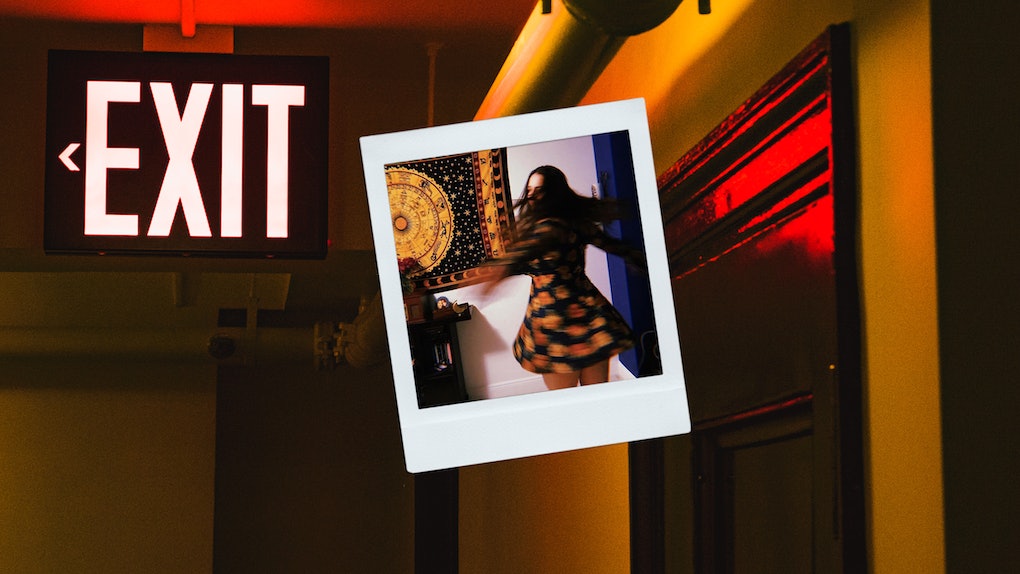 When I was given the opportunity to write about toxic friendships, I could almost feel myself reliving the agony I once kept buried away deep within my psyche. I was immediately greeted with a familiar feeling of suffocating dread, reminding me why I ended a toxic friendship in the first place. I met my ex-friend more than 10 years ago, and while there were plenty of red flags telling me to run the other way, I somehow managed to dismiss every single one of them.

See, we all have our flaws, and one of mine has always been my inability to set firm boundaries. When my ex-friend and I met back in college, I immediately felt a distinct familiarity, and it didn't take long before we became inseparable. We hung out every single day, and it almost felt as if I had finally met my long-lost twin when we first connected. The truth is, I had never met anyone who shared so many similar interests. I had always felt like the "black sheep" so to speak, and my new BFF and I somehow shared everything from our only child syndrome to our obsession with Nesquik. I kid you not, it always felt like that scene in The Parent Trap when Annie and Hallie realize they both like their Oreos with peanut butter. The validation was unreal.

About a year into the friendship, my BFF was already part of the family. She had been well acquainted with my other crew of friends, my closest relatives, and had officially met the guy I was dating. Given that we were basically tied at the hip, I figured I'd play matchmaker and introduce her to my new boyfriend's BFF, who was also single. It was all too perfect, and I was thrilled to be a part of it. Naturally, it wasn't long before my BFF and my new boyfriend's BFF became a match made in heaven, and she and I naturally began spending less and less time together as a result.

She'd make subtle jabs — so smooth, it would seem like I was the one overreacting when I got upset.

We still kept up with our double dates, but I began to notice a change in her and our entire friendship dynamic. For one, the things she and I would normally keep to ourselves as "besties" were now everyone's business. She suddenly felt the need to criticize me in front of both of our boyfriends, and shamelessly air out my "dirty laundry" when we were in groups with other people. She'd make subtle jabs — so smooth, it would seem like I was the one overreacting when I got upset. It sounds petty, but the unnecessary poking really started to aggravate me, and it wasn't long before I began to wonder what was happening with my so-called best friend.

When it first started happening, I tried to convince myself it was just my imagination. But then I had a sort of "aha" moment: This is the exact same way she treated her ex-BFF when she had first met me, except this time, I was taking the brunt of it. When we first started hanging out, her friend was always around, but then I started seeing her less and less. One day I asked her why her friend had been MIA, and she said coldly, "I want nothing to do with that girl." I remember gasping in shock, and feeling really confused at the time, but I also weirdly sympathized with her friend because I didn't think she was a bad person. Nevertheless, the tables had officially turned, and I was experiencing her dark side firsthand.

My first reaction was to blame myself.

To top it off, it wasn't long before astrology and witchcraft became "her thing," and I couldn't ignore our rift any longer. Anyone who knows me, knows I live and breathe astrology. For years, everyone around me called me "Gitana" (gypsy), or "Bruja" (witch), given my family's culture and spiritual faith. Now, in conversation, she was referring to herself as an expert on what she once considered totally blasphemous: the zodiac, ritual baths, spirit guides, etc. It sounds immature, but I felt like my "BFF" had shamelessly started to take ownership of my entire identity, and I wasn't sure where to turn, given that she was now a huge part of my inner circle.

My first reaction was to blame myself. After all, I was the one who invited her into my world, and spoke endlessly about my passion for astrology, and my spiritual beliefs... but by this point, it was beyond that. She was starting to say things I would say verbatim, and pass them off as her own ideas. One day I noticed she even began wearing her hair identical to mine, and vocalizing how wearing it in a ponytail would give her headaches, which is something I would always say — and still say to this day. It felt like such a weird thing to call her out for. How could I say that she had started copying me, and it freaked me out, without sounding like a total third grader? I ended up never saying anything. Instead, I simply began changing who I was since she had seemingly taken over.

In the midst of trying to ignore the elephant in the room, things started going south with my then-BF, and even though being around my friend was making me feel terrible, I figured I'd put my issues with her aside to vent about my relationship.

I learned quickly that I shouldn't have said anything at all. Aside from her blatant apathy, she emphasized how perfect her relationship was, and how she was going to spend the rest of her life with my soon-to-be-ex's BFF. She then listed all the things she thought I was doing wrong in my relationship, and even went as far as calling me out on personal things I had opened up to her about in the beginning of our friendship. After this, I knew we'd never be friends again.

I remember feeling so tense and uncomfortable after that conversation, but I knew then there was nothing left in the friendship. I briefly considered "breaking up" with her directly, but I decided to keep things to myself and move on. However, shortly after — and much to my surprise — she reached out to me and ended the friendship herself. Apparently, she had "legitimate proof" that I had been talking about her behind her back, and well... I wasn't about to fight her on that.

Two years later, in the midst of graduating from college, hanging out with an entirely different crew of friends, and thriving at my new job, she randomly sent me a message saying, "Hey... how are you?" Honestly, receiving this message in the middle of my workday felt like an impromptu ice bucket challenge that I was just not ready for. I still remember feeling my hands shake with complete disbelief, but a part of me also was worried that something could actually be wrong. What if she really needed my help?

After I responded to her message, we somehow rekindled the friendship, and pretended like nothing ever happened... but as the saying goes: "Trust is like a mirror, you can fix it if it's broken, but you can still see the cracks." I made the mistake of letting her into my life again, and decided to genuinely let go of the resentment weighing down on the sequel of our friendship.

Fast forward to a couple years later, I introduced her and her now fiancé to my current boyfriend, and we all got along really well. They had just bought a house down the street from our place, and we helped them get settled. However, one day after showing up for a barbecue, I couldn't help but notice half of the interior decorations I had in my apartment were now up on the walls of her brand new place. (Shocker.) All I could say to myself was, here we go again...

Shortly after, while scrolling through my Instagram feed, I came across one of her posts, and immediately felt an overwhelming sensation of nausea. Aside from posting something that looked identical to my entire brand aesthetic, she was now promoting her "spiritual expertise."

At this point, I had officially given up. I decided to leave it in the past... but for good. I began distancing myself slowly but surely, and had no intentions of communicating my decision. I ended up just blocking her to end our relationship once and for all. If she reached out to me to see why, I have no way of knowing, but that's how I wanted it to be.

It's been a year since I made the decision to walk away, and I've never felt more at peace. I might not have personally confronted her and told her every single one of my thoughts, but in the end (and I'm going to quote one of my fave artists, Cat Power), I'm a woman of my word, and my word's the only thing I truly need. I am completely and utterly myself, and I will never let anyone take that away from me. I am free, and there's no such thing as another me.