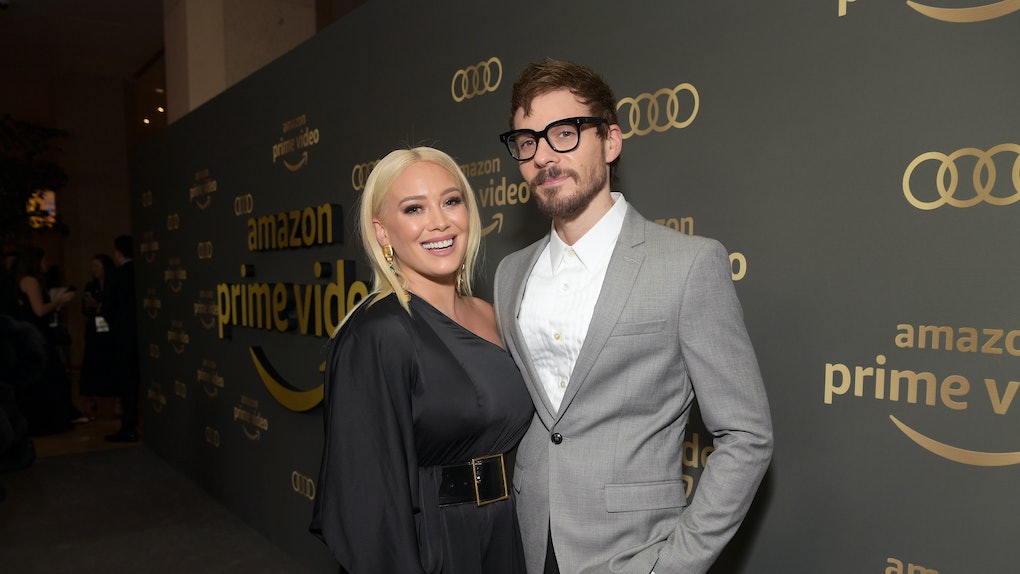 It looks like Hilary Duff and Matthew Koma are growing closer and closer with each passing day. In case you haven't heard, the Younger actress and the singer-songwriter recently announced their engagement, so it only makes sense that we take a look back at how things got started for these two. Hilary Duff and Matthew Koma's relationship timeline is special for several reasons, the main one being that the road to engagement has, reportedly, involved several periods of separation along the way. And let's face it: Who hasn't broken up with an ex with the hope that you'd be able to come back together at some point in the future? Well, Duff and Koma have proved that happily-ever-after is totally possible.

Oftentimes, couples who break up only to end up back together get such a bad rap. Sure, in most situations, your ex is your ex for a reason, but it's also important to remember that not every relationship is the same. Considering Duff and Koma were on-again-off-again, it's great to see that they've been able to move forward and resolve their differences. We can only hope to get a peek inside of what will surely be a lit wedding, but in the meantime, here's Duff and Koma's relationship at a glance.

They collaborate on Duff's Album.

According to Us Weekly, the duo worked together on Duff's 2015 album Breathe In. Breathe Out. “They had great chemistry in the studio," a source reportedly told Us Weekly a couple of years later in 2017. "Hilary thinks Matt is very talented and cute.” Although they were never confirmed to have dated during this time, it's clear that there were definitely good vibes between the two. Elite Daily reached out to Duff and Koma's teams for confirmation of when they started dating. We did not hear back from Koma's team in time for publication, and Duff's team had no comment

They make their first public appearance together.

After Duff's divorce from ex-husband Mike Comrie, she went on to date celebrity fitness trainer Jason Walsh, according to E! News. She confirmed the relationship on Instagram in October 2016. Although reports that it was over between them surfaced in December 2016, it was clear Duff wasn't letting her breakup with Walsh get her down. In January 2017, she made her first public appearance with Koma at Entertainment Weekly's pre-SAG Awards party at Chateau Marmont.

They vacation together in Costa Rica.

Shortly after their first red carpet appearance together, the couple vacationed together in Costa Rica in February 2017. This was Duff's first 'gram featuring her new bae, so by this point, they were def Instagram official.

However, it wasn't all smooth sailing. According to E! News, the couple reportedly split in March 2017. The exact reason for their breakup isn't known, but a source reportedly told E! that is was due to "busy schedules."

They get back together.

Fortunately, their breakup didn't last for long. Fast forward to October 2017 and it seemed like their romance was back on. Ultimately, during an interview on The Talk, Duff confirmed that they were giving their relationship another try. "It’s going so great," Duff told The Talk. “I mean, this is the third time that we’ve dated..."

They have a baby.

After their reunion, it became clear that Duff and Koma were pumped to start their future together. In June 2018, Duff posted an Instagram post of her adorable baby bump with the caption: "Guess what guys! @matthewkoma and I made a little princess of our own and we couldn’t be more excited!!!!!!"

By October, they'd welcomed their daughter Banks to the world. In celebration of their new baby, Duff posted yet another adorable 'gram. (And has posted so many more since!)

In May 2019, Duff and Koma announced they're officially engaged, and just look at how blissfully happy they look. And that gorgeous ring definitely deserves its own moment of silence.

Although the specific wedding details have yet to surface, it's so amazing to see two people who, despite going their separate ways, still ended up together. So what's the moral of the story? True love isn't dead, people.