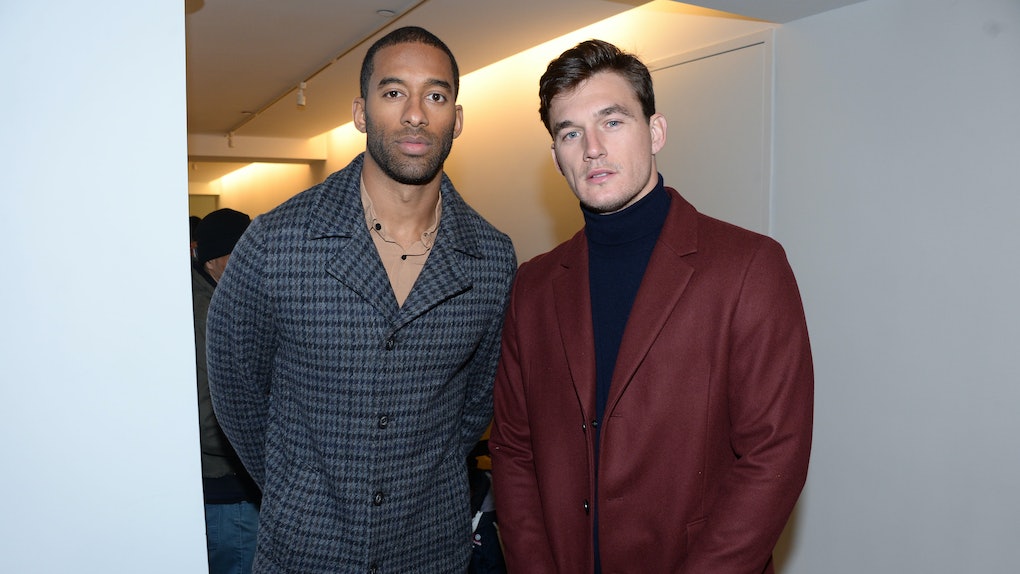 Here's Who Will Win Matt James' Season of 'The Bachelor', According To Tyler Cameron

You may know James as Cameron as roomies and co-members of the beloved Quarantine Crew on TikTok, but they actually go way back. In fact, the bromance began in college, when they both played football on Wake Forest University's team together. So, obviously, Cameron knows a thing or two about his BFF — as well as what he'll need and want in a partner. In an interview with Cosmopolitan, Cameron said he thought James will be a "ton of fun" as The Bachelor because of his "goofy personality." He also added that James is "very genuine," too.

"He's going to build great relationships, and hopefully he can find the right person after all this," Cameron told Cosmopolitan.

As for who Cameron thinks will steal James' heart, he revealed that he believes it will be someone who's "outgoing."

"You got to be able to match his energy — he's got a lot of energy," Cameron said in the Cosmopolitan interview. "But he can also chill out. So, someone who is ready to go on an adventure and do whatever is what Matt's going to need."

During another recent interview with Us Weekly, Cameron also shared more about what his bestie is looking for in a future wife.

"You got to be super active to be with Matt," he told the publication. "But also someone who’s able to have, like, serious talks. Matt is deep. [You need to be able] to have these big, connecting conversations. I think that’s going to be super important for him [while] finding his partner, someone who can really connect on a deeper level with."

As the founder of the nonprofit ABC Food Tours, it's obvious that philanthropy is also a big part of James' life — and there's a chance that he may look for a partner who shares this passion. He's also made it clear that his Christian faith is super important to him, so that may play a role in his search for "the one" as well.

So, let's review, shall we? Cameron thinks the winner will be fun, outgoing, high energy, down for adventures, and also willing and able to have convos that go beyond surface level. The 25th season of The Bachelor may not be premiering until 2021, but that doesn't mean you can't start planning your brackets now. Keep your eyes peeled as those limos pull up on night one, Bachelor Nation.