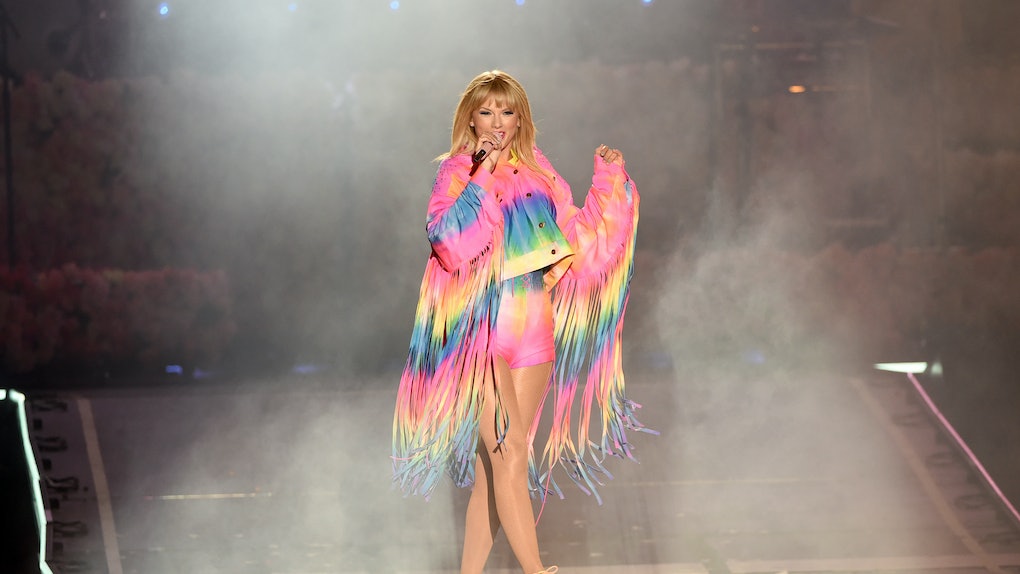 Amazon's Prime Day is fast approaching, and in honor of the annual shopping holiday, the e-commerce company is throwing an exclusive musical celebration for Prime members. On July 10, Amazon is hosting its 2019 Prime Day Concert, headlined by the one and only Taylor Swift, and featuring performances from SZA, Dua Lipa, and Becky G. While the concert is being held at a secret location in New York City, music lovers still have a chance to catch the show. Here's how to watch Amazon's Prime Day Concert from the comfort of your own home.

Available exclusively to Prime members, the event will be available to stream live in more than 200 countries on Prime Video, starting at 9 p.m. ET on July 10. It will also be available to watch on-demand immediately after for a limited time. Fans with Fire TV or Echo Show devices can even start the show by saying, "Alexa, play the Prime Day Concert" or “Alexa, show me the Prime Day Concert."

If you don't have Prime — and for some reason you'd rather not sign up for the 30-day free trial — you'd better link up with a friend who does have a membership, because the show's lineup is looking mighty good. In fact, with so many powerful female singers getting together for one concert, a watch party with your girlfriends might actually be the best way to enjoy it.

With Tay-Tay as the leading act, fans can expect to hear the superstar's latest hits such as "ME!" and "You Need To Calm Down," as well as some of her older favorites. Also, seeing as Swift's Lover album is set to drop on Aug. 23, there is a slight possibility that she could sing something brand new from the forthcoming album.

Fans are also pumped for the live performances from SZA, Dua Lipa, and Becky G. Ahead of the night’s events, Amazon Music members can now ask “Alexa, play the Prime Day Concert playlist” to listen to songs from all four performers, including SZA's "The Weekend," Dua Lipa's "New Rules," and Becky G's "Mayores."

The festivities will be hosted by Jane Lynch, who many TV fans know as Sophie Lennon in The Marvelous Mrs. Maisel and Sue Sylvester in Glee. Lynch is well-known for her comedy, so viewers of the concert can expect to be entertained even in between the exciting musical acts. Adding to the star power, popular YouTuber and activist Tyler Oakley recently announced on Twitter that he will be the concert's in-house correspondent.

Those streaming the concert will also get some sneak peeks of new Amazon content, including Carnival Row, the forthcoming fantasy-drama show starring Orlando Bloom and Cara Delevingne, and Modern Love, an anthology series based on the New York Times column of the same name. Clips of popular Amazon shows The Marvelous Mrs. Maisel and Tom Clancy’s Jack Ryan will also be shown, as will teasers of upcoming video releases.

Of course, the concert is not all Amazon Prime members will get out of Prime Day. Starting at 3 a.m. ET on Monday, July 15, and running for a full 48 hours, this year's shopping extravaganza gives members access to exclusive offers and deals on a wide range of products and Amazon services.

For more details on the Prime Day Concert and to add it to your watch list, head over to primevideo.com/primedayconcert.

More like this
21 Taylor Swift Lyrics About Breakups You'll Relate To All Too Well
By Joyann Jeffrey
Is Olivia Rodrigo's "Good 4 U" About Joshua Bassett? Fans Are Convinced
By Michele Mendez
TXT's 'The Chaos Chapter: FREEZE': Release Date, Tracklist, Music Videos & More Details
By Michele Mendez
Stay up to date