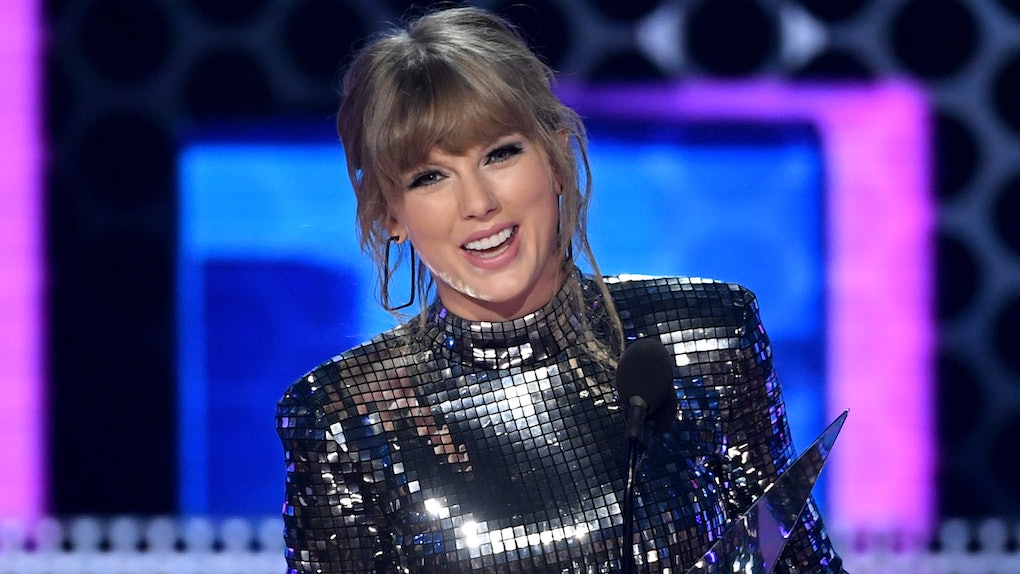 All the Swifties out there have been patiently waiting for Taylor Swift to drop even the tiniest bit of information about her new album. Ever since Swift started teasing new music, everyone has being going wild with excitement. Well, the day has finally arrived, people! She kept her promise and, let me tell you, Taylor Swift’s Lover album announcement will make you so, so happy!

Swift took to Instagram at 5 p.m. on June 13 to livestream a surprise that turned out to be her official album announcement. She announced that her album is called Lover (a fact many of her fans already figured out thanks to all those easter eggs she ~hid~ in her "ME!" music video) and that it's coming Swifties' way on Aug. 23. She also revealed a new single called "You Really Need to Calm Down" is on its way as well. It drops on June 14 at midnight, so, like, you really do need to calm down!

Swift also gave fans a peek at the Lover album cover, which is basically the picture version of the rainbow-glitter wonderland that was her "ME!" music video with the addition of a glittery heart sticker around her eye. The album will have 18 tracks (more tracks than any album she's ever released before) and she'll be releasing not one, not two, not three, but four versions of the album with exclusive content for fans (taking notes from BTS, are we?).

Check out her video announcement below:

And here's the album cover:

This announcement doesn't come a moment too soon. Swift has been milking the crap out of her mysterious new easter egg promotional strategy.

She started hinting that something new would be coming all the way back when she gave her acceptance speech at the iHeartRadio Music Awards back in March 2019. In addition to honoring her fans for making her tour the most successful of 2018, she also kind of told them they’d be the first to know if new music was coming:

I honestly owe everything, everything in my life to you. And I want to thank you if you came out and saw the show in like, you know, perfect weather or if you came to one of our many rain shows that we had. And also if you—I want to say thank you if you watched the show on Netflix like on your couch with your dog. You guys are the reason why this tour—and the only reason why this tour wasn’t a massive failure and why it ended up being the highest selling tour in U.S. history. That’s you. And I also just wanted to say before I go that I love your passion. I love your attention to detail. I love how much you care. I love seeing all the things you’re posting online, and I just wanted to let you know when there’s new music, you will be the first to know. I love you so much.

So, even as far back as March, Swift was dropping hints. Since then, she’s also been sharing some big clues on social media about what was coming down the pipeline. Now, finally, we have all the information we need!