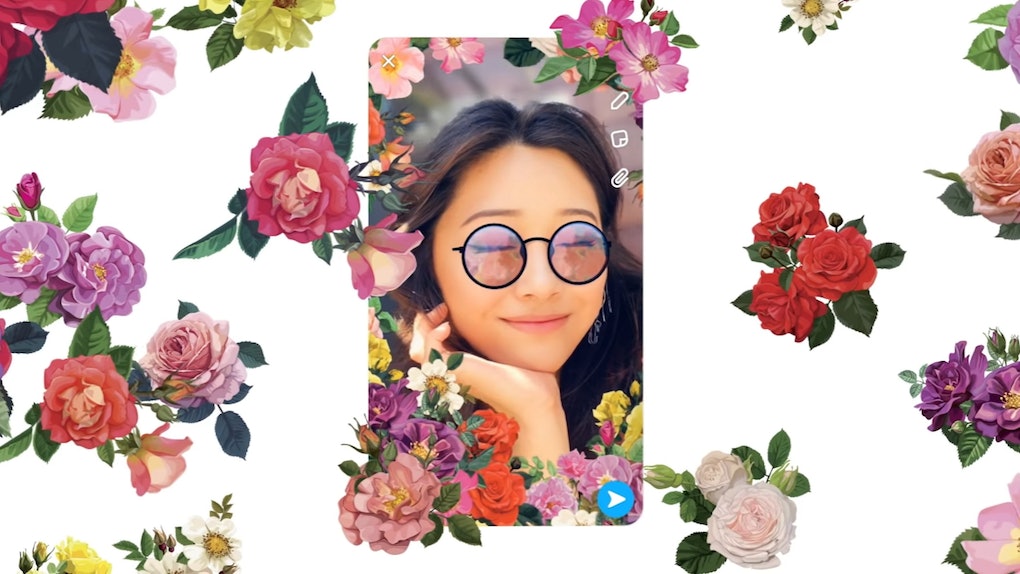 Tech is getting more and more advanced, so why shouldn't your social media apps be changing, too? The truth is, they are. If you've been seeing friends post Snapchat Stories in 3-D and wondering how the heck they did that, then you didn't hear about Snapchat's latest feature. Snapchat's new feature allows users to create a 3-D Snap... and it's pretty cool. And, yes, this means we are getting closer to those moving, talking photographs just like in Harry Potter. If you're wondering how to use Snapchat's 3D Camera Mode, fret not, because it's actually pretty simple.

First, you need to make sure you have a phone that supports the new feature. How do you know? Well, according to the official press release and intro video, Snapchat's 3D Camera Mode is only available to users who have an iPhone X or newer.

What does that mean? Well, unfortunately, you need Face ID technology to use the new Snapchat feature. Hence, iPhone X or newer. This may, in fact, be another reason some Apple fans will want to upgrade their phone if they do not yet have Face ID on their iPhone model.

If you do happen to have an iPhone X or newer and want to know how to use Snapchat's 3D Camera Mode, then listen up.

How To Use Snapchat's 3D Camera Mode

Again, if you're wondering why Snapchat's 3D Camera Mode isn't showing up on your phone, you may need to update your app, or you probably don't have a compatible phone with Apple's Face ID. But, according to the International Business Times, “Snapchat users without these phones can still see the 3D pictures through the app.” So even if you aren't able to participate in the fun yet by making your own 3-D Snapchat photos, you can still receive them from Snap friends who have the capability.

Per the press release, Snapchat tells users who do not have a compatible phone that they can still "interact with one of these Snaps" and to bring a 3-D snap to life "by giving your phone a wiggle".

With Snapchat's 3D Camera Mode, a user can add fun accessories, frames, and captions that also appear 3-D in the photo.

Keep in mind that although you are able to save the 3-D snaps to your camera roll to share them elsewhere, "sharing outside the app will take away the ability for people to move their phone around to change the image’s perspective," according to an article from The Verge. So, in other words, they won't have the same 3-D functionality if you post the photos anywhere outside of Snapchat.

This is an effort from Snapchat to "increase interaction and expression among its users," a Snapchat spokeperson told Bustle. Honestly, I would probably be playing around with Snapchat a lot more if I had this feature, so I can see what they're trying to do. The 3D Camera Mode comes shortly after Snapchat announced the Spectacles 3 on Aug. 13. The company is clearly making an effort to keep up with tech changes and appeal to Apple users, or those who like to buy the newest tech items, like those Spectacles 3. But will the 3D Camera Mode be available for Android users eventually? It may take some time. In this case, it may be until all smartphones have the same tech to create a 3-D snap.

Still, though, if you've got an iPhone X or newer, give it a try. Those of us who have to wait can still enjoy seeing your 3-D snaps in your Snapchat stories. In fact, that's the only way other users can interact with the feature, so start sending them to all your friends.