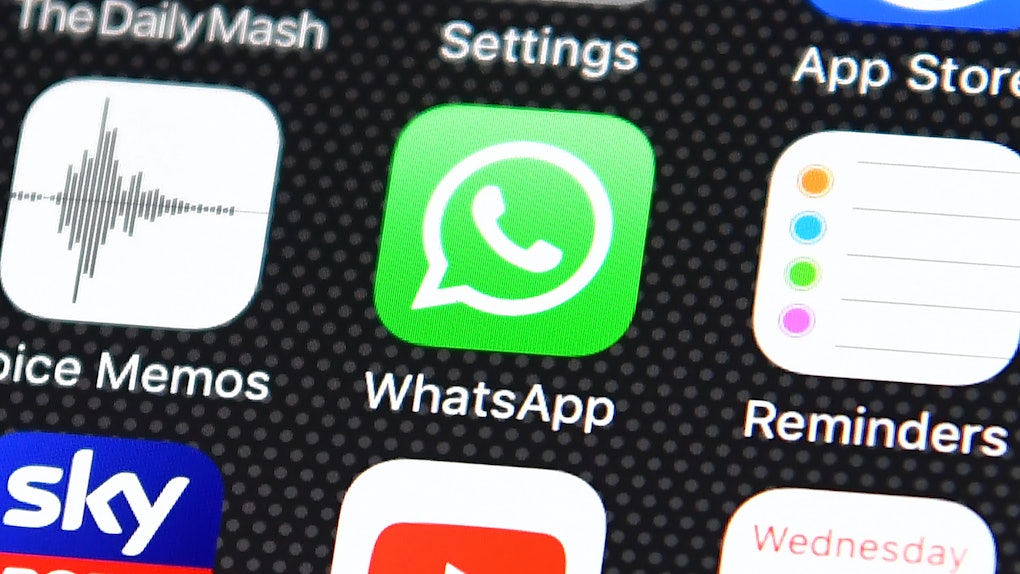 Here's How To Use Memoji Stickers In WhatsApp, Because It's So Easy

If you haven't updated to Apple's latest update, iOS 13, you shouldn't keep waiting. The update became available on Sept. 19, offering new features that make your iPhone a little easier to use, more secure, and add a bit more fun. If you don't have it yet, you're missing out on a lot of cool features — one of them being the Memoji stickers. Did you know you can also use Memoji stickers in other apps, like popular chat app WhatsApp? If you haven't learned how yet, here's how to use Memoji stickers in WhatsApp. It's pretty simple.

Although the old animated Memojis have been around since 2018, the new Memoji stickers released with iOS 13 update allow for even more fun, and they're so easy to use. For those of you who have updated, or are planning to update, you don't just have to keep your Memoji sticker use limited to iMessage. You can also use them in email and third-party apps, including WhatsApp. There is also a loophole to get Memoji stickers on your Android phone.

Memoji and Animoji used to only be available via iMessage and would send as recorded videos that included voice, rather than stickers as they are now with the iOS 13 update. If you still don't know how to make a Memoji sticker, the process isn't too complicated. The stickers make it easy to create a mini-me version of yourself, or what you would like to look like virtually. People using and iPhone 6S or later with the iOS 13 update can make the Memoji sticker that results in a sticker pack that basically looks like all the emojis you know and love, but with your face.

How To Use A Memoji Sticker On WhatsApp With An iPhone

The process is relatively simple.

(If you're using an iPhone, you're also able to easily use your Memoji sticker in other third-party apps like Snapchat and Instagram.)

How To Use A Memoji Sticker On WhatsApp With An Android

Although this is a bit of a loophole and a little bit more work, you can save Memoji stickers on your Android phone with this process:

Unfortunately, if you're wondering, you cannot save these to your Android's keyboard. They will stay in the WhatsApp chat as WhatsApp stickers, but you can easily access them there in your "Favorites."

However, if you really want to, you can save Animoji and Memoji as photos on your Android phone. Yeah, not as fun or as easy as having them in your keyboard, but if you save them as a photo you can still send them in your Android's messages section as an image, instead of an emoji sticker.

Really, the sticker functionality in WhatsApp is nearly the same as when using a Memoji sticker in your iMessages — just with a slight variation and a little more work.

If the Memoji stickers aren't your fave new feature of the iOS 13 update, that's totally OK, but you should still fool around with them to see if you like them. There are plenty of other features that you can enjoy with the update, including the iPhone's new Dark Mode, so you can limit eye strain and make it easier to read your phone in certain levels of light. Or maybe you're more into iOS 13's new photo features, like Portrait Lighting Control or High-Key Mono.

You can easily read up on all of the Apple iOS 13 update features via Apple's iOs 13 page. If you're thinking about upgrading your iPhone to the new iPhone 11, iPhone 11 Pro, or iPhone 11 Pro Max, you may want to take a look at which phone makes the most sense for you — if any — or if you're better off just sticking with the iOS 13 update on your current iPhone.

If you're already into the iOS 13's Memoji stickers and you've been wanting to use them on WhatsApp, you should go give it a try. Using the Memoji stickers on a third-party chat app like WhatsApp isn't much harder than using them in your regular messages.