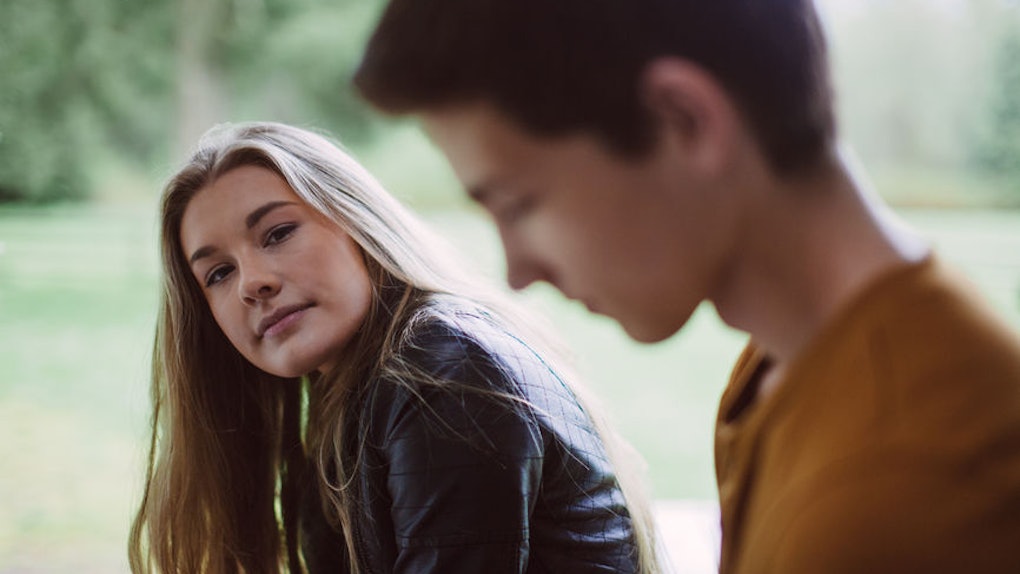 Here's How To Reject Someone Nicely, According To 10 Women Who Have Done It

I am a huge people-pleaser. It's taken some time for me to accept it and say it out loud but it's true. There is truly nothing I hate more in life than having to do something that might hurt someone or make them upset. Even just the vague concept of hurting someone else bothers me so much that I would go to pretty much any length to avoid doing so. Needless to say, this little issue of mine made dating very difficult. In particular, figuring out how to reject someone nicely has been my Mount Everest. I mean, isn’t the concept of rejecting someone who was genuinely interested in you inherently going to be hurtful? That’s how I felt when I was single. I felt that there was no real nice way to reject someone, so I’d go to great lengths to come up with elaborate lies and ego-boosting explanations all to hopefully ease the blow. But it turns out there’s another way.

Unfortunately, when I was single, I never really had anyone to teach me how to let someone down kindly. Luckily, if you're a single person struggling with this, I've got some very helpful tips to share. In a recent Reddit AskWomen thread, ladies shared their go-to methods for rejecting people politely — and they're incredible.

"Thanks, I'm flattered but not interested/available."

You Don't Own Them An Explanation

Just tell them you're not interested. You don't have to get into it any more than that. It's not harsh, it's just direct. Rejection sucks no matter how much you sugar coated so you may as well be clear.

don’t quote personal traits as reasons for rejection. it is seen as a personal attack. you can suggest that you are incompatible instead

Be As Clear As Possible

I think this line works, saves face for everyone, is super clear, and gets the message across

Remember That, If They Push Further, They're Acting Rude — You Aren't

It is best to be as honest and blunt as possible. I find that sugarcoating it too much (ex "I'm just not into a relationship right now") won't give the guy the right message and he is more likely to sit around and wait for you to be ready. Clear communication is best. You also don't need to give a reason, though. Just say "not interested". If he pushes for a reason, repeat the statement and cut off communication.

Accept The Fact That You're Going To Hurt Them

No matter what you tell, he's going to feel upset. All you can do is reduce the impact it has on him by emphasising why you decided to leave him, and if it's his fault, tell him about it so he can better himself and move on.

The more you sugar coat it, the longer it will hurt him. Get straight with your intention to speak with him and leave him with a positive note. That's all you can do. What he does next is up to him and him only.

If he presses about reasons, tell him you're not feeling it, and that that won't change.

If he presses more after that, he's a rude jerk, and you can stop being nice to him.

Maybe just reject them the way you'd prefer to be rejected when you're doing the asking, Golden Rule-style.

Tell Them You Have No Chemistry

You're really great, but I don't feel we have chemistry.

Now go forth and reject your suitors swiftly and kindly!

This article was originally published on Sep. 18, 2018