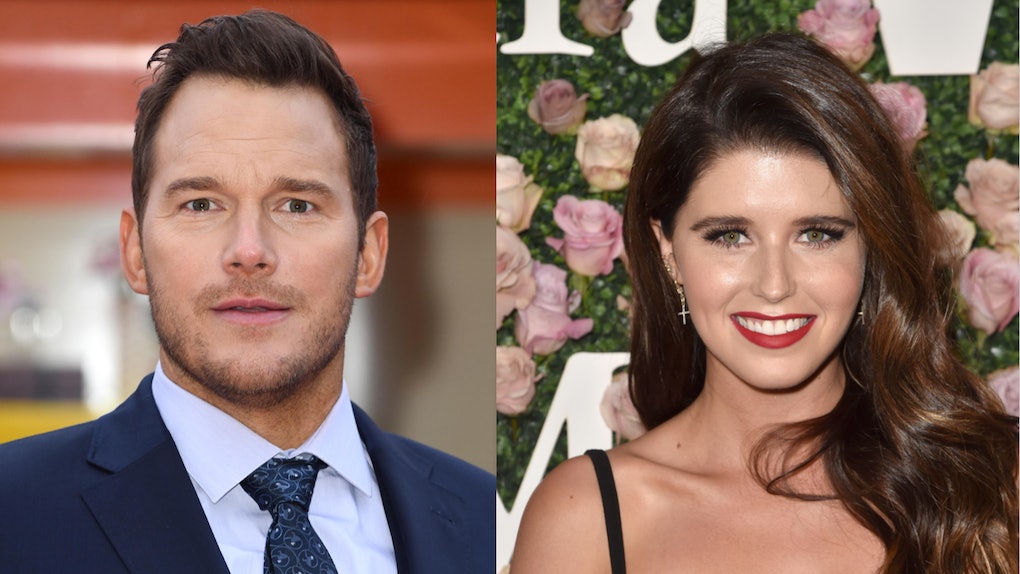 The two just got engaged, but have Chris Pratt and Katherine Schwarzenegger started wedding planningyet? It's unclear, but any plans that have been made are definitely not being made by Pratt. The actor, 39, recently admitted to reporters that he's "barely" made any plans for his upcoming nuptials with Schwarzenegger, 29.

When asked at the premier of The Kid on March 6, if he's had time to get down to planning their nuptials The Guardians of the Galaxy star, laughed as he responded, "Oh, barely!"

That being said, he may not have to stress about planning the wedding for some time now. The pair reportedly don't plan on tying the knot until later in the year. Last month, Pratt told Us Weekly that they were shooting for a “maybe fall, winter kind of thing." In the same interview, he noted that he and his wife-to-be have “got a lot to get done.”

The two were first spotted publicly together while out on a picnic in Santa Barbara in June of 2018. Just seven months later, they both took to Instagram to announce their engagement.

Pratt announced his engagement to the daughter of Arnold Schwarzenegger and Maria Shriver with a post-engagement picture on Instagram along with the caption, “Sweet Katherine, so happy you said yes! I’m thrilled to be marrying you. Proud to live boldly in faith with you. Here we go! 💍🙏♥️!”

Us Weekly reports that her engagement ring is estimated to be worth $400,000.

Schwarzenegger posted the same image along with the caption, "My sweet love. Wouldn’t want to live this life with anyone but you ♥️💍"

Before popping the question, Pratt said that he did muster up the courage to ask Schwarzenegger's father (also known as The Governator) for his daughter's hand in marriage. In an interview with Extra in February of 2019, Pratt explained, "I think any person who appreciates a tradition and asks a father for his daughter’s hand in marriage, it’s inevitably going to be something that makes you a little nervous, but that’s sort of the beauty of it, you know?”

As for The Governator, he's a huge fan of Pratt, so getting his blessing wasn't too difficult. "As I said to him, he is such a likable guy,” the former governor told Extra back in January. “I love Chris — he’s fantastic. He’s a wonderful guy. They both look really great together, they’re both happy together, so I wish them both the best of luck.”

Schwarzenegger's mom, Maria Shriver, is also totally on board with her daughter's upcoming nuptials. "Congratulations to two loving, kind, caring, thoughtful, spiritual people," Shriver wrote in an Instagram comment. "We are so happy for you. You are blessed, as is everyone who knows you. Yes, let's go."

Even Pratt's ex wife Anna Faris seems to be totally on board with them. "Chris texted me this morning and he was like, you know, 'I proposed to Katherine last night,'" Faris recounted on her podcast, Unqualified. "I was like 'Ah! That's amazing.' And I texted him back, 'Just want to remind you, I'm an ordained minister,'" she joked. (She also admitted she's "not very good at it" so I think we, unfortunately, are going to have to rule that out).

Here's to hoping Schwarzenegger is on the wedding planning and that hopefully Faris brushes up on those ministering skills!