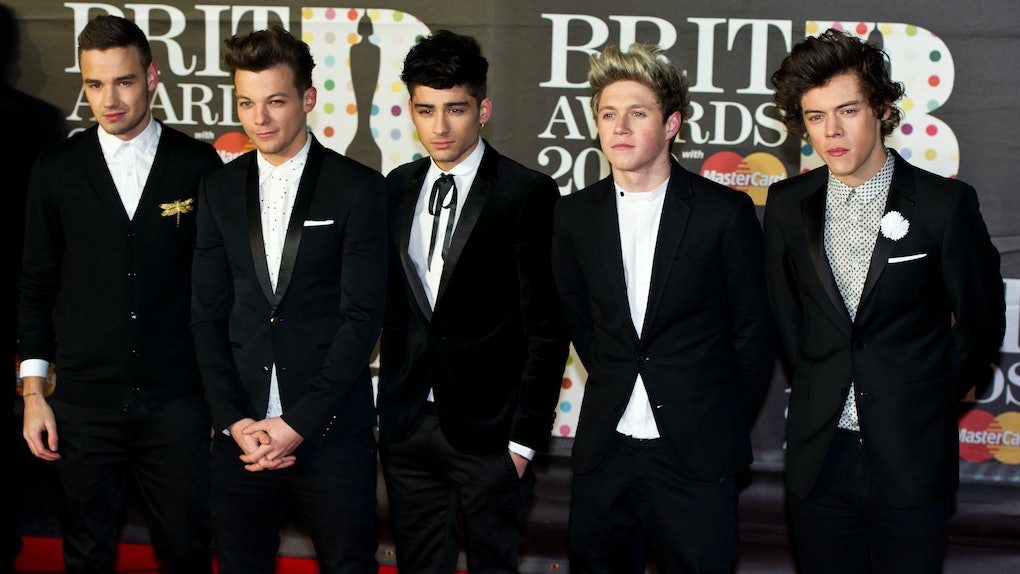 Fans were torn in March 2015 when Zayn Malik announced he was quitting One Direction after five years of making music with the group, but it seems the experience made his former bandmates stronger. Harry Styles just got real about how Malik's decision ultimately made him, Liam Payne, Louis Tomlinson, and Niall Horan even closer. Harry Styles' quotes about Zayn quitting One Direction are enlightening.

Styles didn't hold back about Malik's departure from the group during a Nov. 22 interview on Apple Music’s New Music Daily with Zane Lowe. Though he noted "it was hard" at first, Styles' says their feelings were due, in part, to them not realizing Malik's heart wasn't in it anymore.

"We were sad, obviously, that someone had left, but also sad that he was not enjoying it so much that he had to leave," Styles told Zane Lowe. "Because I think at the time, too, the tour and everything was going so well and everyone had kind of got to this place where everyone was kind of living in a way where they, I think, felt pretty good. It felt like everyone was kind of enjoying it."

Styles added that it made the singers question continuing as a band without Malik. "We were about to start recording a new album and stuff and it was like, 'Are we recording this without him?'" Styles said. "But I'd say in the moment, I guess the four of us became closer because we were like, 'OK, this is a hurdle that we weren't expecting.'"

While Styles revealed he was basically blindsided by Malik's decision to leave, he thinks it was in Malik's best interest. "Why would you want an artist to make stuff for you when they don't want to make it?" Styles asked. "It seems completely counterproductive to me."

One Direction ultimately split in 2016. Styles shared that throughout their year without Malik, the boys made sure to check in with each other so no one else would quit.

"We'd sit down and have conversations [asking if] everyone [is] good, everyone wants to keep going and that kind of thing," Styles recalled.

Fans will recall Malik's official statement in 2015 read: "I am leaving because I want to be a normal 22-year-old who is able to relax and have some private time out of the spotlight. I know I have four friends for life in Louis, Liam, Harry and Niall. I know they will continue to be the best band in the world.”

Since their split, the former 1D members have all gone on to have solo careers. Styles' sophomore solo album, Fine Line, drops on Dec. 13. While they're off doing their own thing, Malik has been open about not being on friendly terms with his bandmates.

While stans of the group are still heartbroken about the band's split, Styles has seemingly made peace with it.

Check out Styles' whole interview with Lowe below.

More like this
Cardi B's Quotes About The Racial Pay Gap In The Entertainment Industry Needed To Be Said
By Brandy Robidoux
Hailey Baldwin's Quotes About Homeschooling Reveal The 1 Thing She Missed Out On
By Sydney N. Sweeney
These Tweets About BTS' 'Bang Bang Con 2021' Sum Up The Epic Performance
By Cianna Garrison
Stay up to date