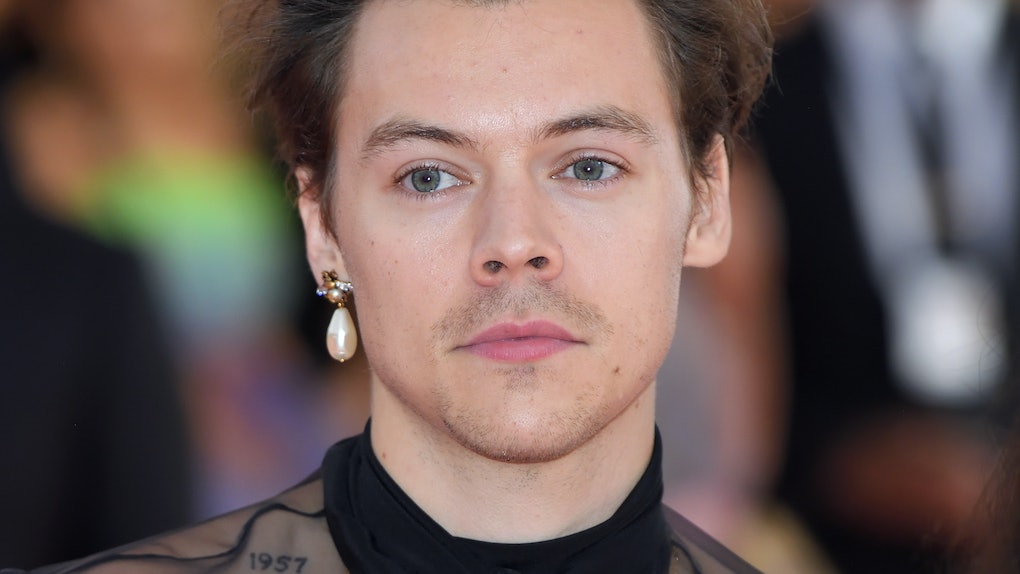 This is not a drill, Stylers: The tracklist for Harry Styles' new album, Fine Line, is officially here, and it'll have you more excited than ever for his new record. Harry Styles' Fine Line tracklist is going to feature 12 songs of musical perfection, according to the list Styles shared via Twitter on Nov. 19.

The main take away from the tracklist? This album is going to be fun. With titles like "Cherry," "Watermelon Sugar," and "Treat People With Kindness," how could it not be? Other notable titles include "Canyon Moon," "Sunflower, VOL. 6," and "Adore You," and if the latter is a romantic bop I'm so here for that.

Only two songs, "Lights Up" and "Watermelon Sugar," have been released so far, but Stylers everywhere are ready for more now that they've got a taste of what's to come.

That wasn't the only good news Harry had to share. The same day he dropped the tracklist, he announced five more U.S. dates for his upcoming Love On tour. If you're a Styler, Nov. 19 was basically the best day ever.

You can see the full tracklist for yourself below.

And these are the latest Love On tour dates added to Styles' tour:

If you can hardly contain your happiness already, believe me, you're not the only one. As soon as fans caught wind of the tracklist, Twitter lit up with excitement.

"IM SOOOO EXCITED FOR THE ALBUM TO BE RELEASED the tracklist look so good i’m sure they sound good too!" one fan wrote.

"BABY THE FINE LINE TRACKLIST IS IMPECCABLE I CAN'T BELIEVE YOUR GALAXY BRAIN CAN'T WAIT TO HEAR IT I LOVE YOU," another person said.

Some wondered about the random pineapple inserted at the bottom of the tracklist and honestly, same.

Random pineapple aside, fans are just grateful they've been blessed with an absolutely flawless tracklist from Styles and that Dec. 13 will be here before they know it.