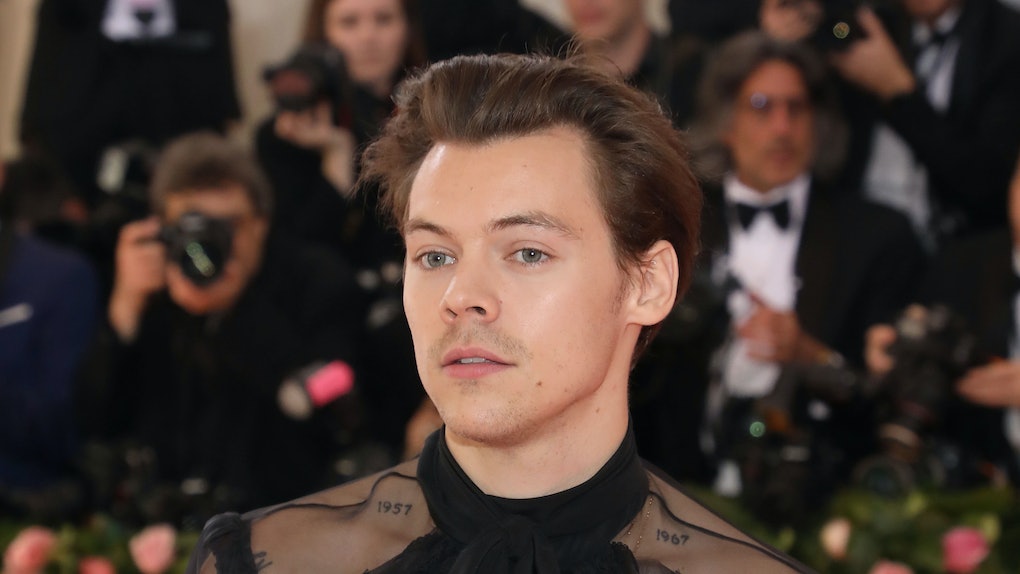 Harry Styles' 'Love On' U.S. Tour Dates Will Make You So Excited

It's a good day to be a Harry Styles fan. Just a week after the former One Direction frontman revealed he's releasing an album on Dec. 13, he announced a massive world tour so Stylers can hear all his new hits live. Styles is really looking out for his fans with this one, because he's hitting practically every major city in existence. If you've been dying to see him live, Harry Styles' Love On tour dates may be the best news you'll hear all day.

With the Love On tour, practically no city is left behind. The upcoming tour spans seven months, and will hit a whopping 59 cities total. Stylers, you'll have to be on your A-game when purchasing tickets, because everyone will want one, so be sure you're ready when they go on sale Nov. 22.

As if Styles wasn't already enough of an angel, he's donating $1 of every ticket sale to charity.

Styles first announced the Love On tour on Instagram, and shared he'll be hitting the road with singer-songwriter Jenny Lewis and reggae musician Koffee for his North American dates, while he'll be bringing along King Princess for his trek around Europe.

Just a heads up: If you plan on attending one of the tour dates above, be ready to break out your dancing shoes. Styles' latest single, "Lights Up," is a bop, and if it's any indication of the album to come, it's going to be groovy AF.

Styles announced on Nov. 4 that his new album, Fine Line, would be blessing fans on Dec. 13, and, naturally, the internet lost it. It has been a whole two years since we've heard new music from Styles, which is just too many.

If you can't wait until June 2020 for the Love On tour to begin, I do have more good news to hold you over: Styles will be hitting the SNL stage on Nov. 16 to perform "Lights Up" for the first. time. ever. Basically, the year ahead belongs to Styles and no one else.

More like this
Will BTS' Camping Collection Restock? Here's What To Know About The Helinox Collab
By Marisa Casciano
Olivia Rodrigo's "Deja Vu"-Inspired Experiences To Do With Your BFF This Spring
By Marisa Casciano
Taylor Swift's 'Fearless (Taylor's Version)' Lyric Changes Are Small, But Meaningful
By Michele Mendez
Stay up to date