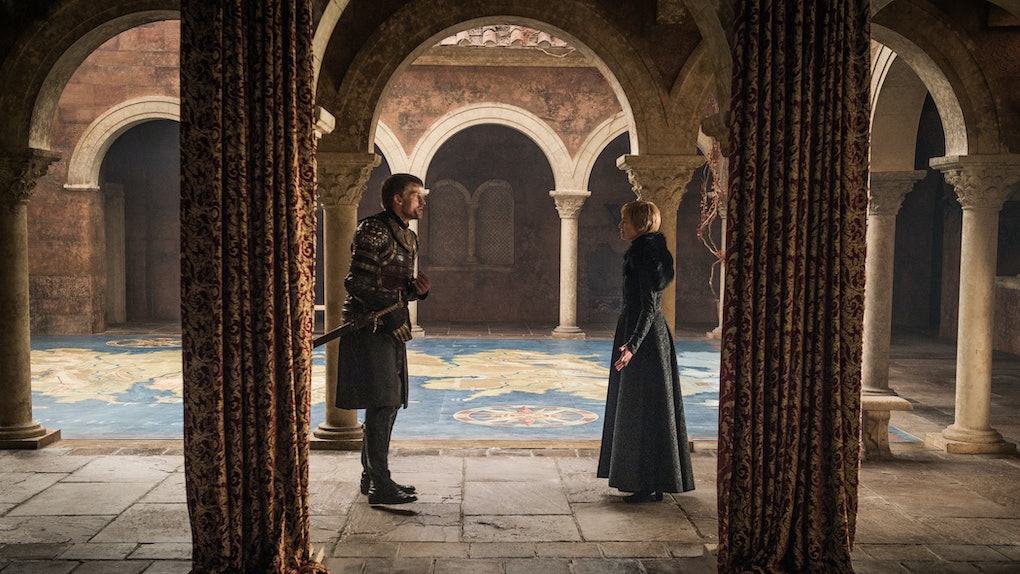 While the entire nerd world is focused on events happening in a galaxy far, far away, those in Westeros are breathing a small sigh of relief that the spotlight is off them for the time being. Filming for the final six episodes of Game Of Thrones is underway, and though the show is trying to keep everything under wraps, some details have leaked out around the edges. The latest slip was a cinematographer revealing which episodes directors were assigned to. So what does Game Of Thrones Season 8's director's lineup tell us about the final six episodes?

If you missed the information coming out, don't feel bad. It was tucked away at the end of last week, in an article that was supposed to be about, of all things, the DC Extended Universe's Justice League. Collider interviewed the film's cinematographer, Fabian Wagner, who was also the director of photography during the Zach Snyder portions of the movie, and could speak to the experience of making the film in the director's stead.

But Wagner's other major project is working on Game of Thrones, where he is the cinematographer for the show's superstar director, Miguel Sapochnik. He worked with him on "Battle of the Bastards" and "The Winds of Winter" in Season 6. Asked if he's looking forward to working on Season 8 with Sapochnik, Wagner affirmed he was, before dropping which episodes the two are assigned: Episodes 3 and 5.

Warning: Rumored Spoilers & Speculation For Game of Thrones Season 8 Ahead.

After it leaked that Sapochnik was coming back for Season 8, Game of Thrones announced the full directors line up via Entertainment Weekly. Sapochnik would be joined by veteran David Nutter, and they would split the first five episodes. Showrunners David Benioff and Dan Weiss would do the finale.

This meant one director would do two and the other would do three. With Wagner's revelation, we can therefore extrapolate that the line up for the final episodes is as follows:

Miguel Sapochnik is the go-to battle director. Fans had originally thought perhaps he would be doing three episodes, since we expect a lot of major clashes of armies in the final hours of the show, while Nutter would do two.

But instead it's looking like it's just two big battles, one at the midpoint, and the other just before the end of the series, with Nutter doing the rest.

Why do we assume Nutter's episodes won't have major battles? Because that's not what he's known for. In episodic television, directors are picked for their strengths. Nutter's strongest, most memorable episodes are the shock and spoiler moments of the show. In fact, he's brought to life some of the most shocking moments of the series.

So, what can we deduce from this schedule?

Episodes 1, 2 and 4 will all have shocking moments, perhaps with unexpected deaths of characters, or sudden, yet inevitable betrayals. It should be noted these three episodes are longer than normal but not by too much, ranging from 62 to 68 minutes each.

Episodes 3 and 5 will be the major conflicts of the final episodes. This also lines up with the rumor that these two episodes are in the 71 to 75 minute range. The best guesses:

Episode 6, which is rumored to be currently 83 minutes or so, will be character pieces, post-fight outcomes, the ultimate fates of our characters, and the "Dream of Spring."

Game of Thrones' final season will air sometime in the year 2019 on HBO.

More like this
This 2021 'Game Of Thrones' Season 8 Trailer Is So Confusing... & So Good
By Ani Bundel
Here's How To Vote For The Next 'American Horror Story' Theme Among 6 Options
By Cianna Garrison
This Reported Update About HBO Max's 2021 'Friends' Reunion Is Great News
By Cianna Garrison
Stay up to date