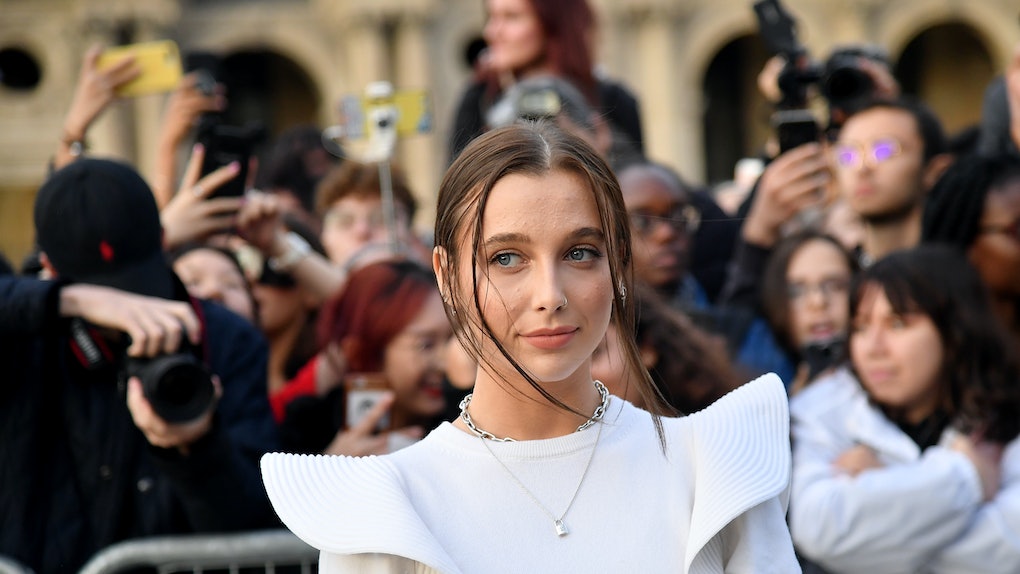 Emma Chamberlain is basically a household name in the YouTube world. She only began her channel in 2017, but the teenage YouTube sensation has since racked up over 8.5 million subscribers and she has nearly as many followers on Instagram. Surprisingly, as candid as Chamberlain is about her daily life experiences, she rarely talks about her love life, even though she's rumored to be dating TikTok star Aaron Hull. I'm not sure whether these two viral video gurus are actually official, but based on Emma Chamberlain's zodiac sign, I imagine that few things are for certain when it comes to her relationships.

Chamberlain's birthday is May 22, which makes her a sociable yet unreliable Gemini. Considering she makes funny videos for a living, it totally makes sense that she's one of the most outgoing and fun-loving signs of the zodiac. She's also unapologetically herself, often posting makeup-free pics on Insta and sharing her period stories and acne struggles on YouTube. In an August 2019 interview with Marie Claire, Chamberlain explained that her goal is to inspire other young women to be their authentic, unfiltered selves. "Hopefully, my not giving a f*ck can rub off on a few people," she joked.

But despite her "I don't care" attitude, Chamberlain is also open about the fact that she does care — sometimes too much. Gemini is the sign of duality, so it's not surprising that she can be both easygoing and totally on edge at once. In a November 2018 video entitled "Why I Don’t Upload That Much," she revealed that editing a video can take her up to 30 hours and cause several meltdowns along the way. "I start getting so anxious," she explained, saying that her self-esteem plummets and she sometimes cries for hours. Geminis are notoriously indecisive, so while they make act impulsively, they're just as likely to regret their actions later.

That might be part of the reason why Chamberlain is pretty close-lipped about her romantic life (and her maybe-relationship with Hull). When asked by Marie Claire about Vine star-turned-actor Ethan Dolan, whom she was previously rumored to be dating, Chamberlain clammed up. "This one's hard for me because I'm very open," she said. "There's nothing anybody who watches my videos doesn't know about me, unless it's something genuinely sacred and private to me." But she refused to confirm or deny the rumors.

During a June 2019 interview with W Magazine, Chamberlain made it clear that she doesn't want the ups-and-downs of her dating life to be made public. "I don't know if I would ever have a public relationship, ever," she said, noting that she found other people's relationships "boring and gross." Later, she added, "Breakups alone are absolutely the most f*cking awful thing that exist. Why would you want other people to be heartbroken with you? I can't imagine that."

Geminis are often too fickle and inconsistent to ever settle down, but even when they do get serious, they're too evasive to admit it to anyone — even to themselves. If Chamberlain is dating Hull, I doubt she'll ever share it, despite sharing nearly everything else about her life. And since Aaron Hull is born just one day after Chamberlain, it's unlikely this fellow Gemini is going to give us any answers, either. Luckily — even though having two Geminis in a relationship is more like have four people in a relationship — these chatty and endlessly curious people tend to make a great match for each other.