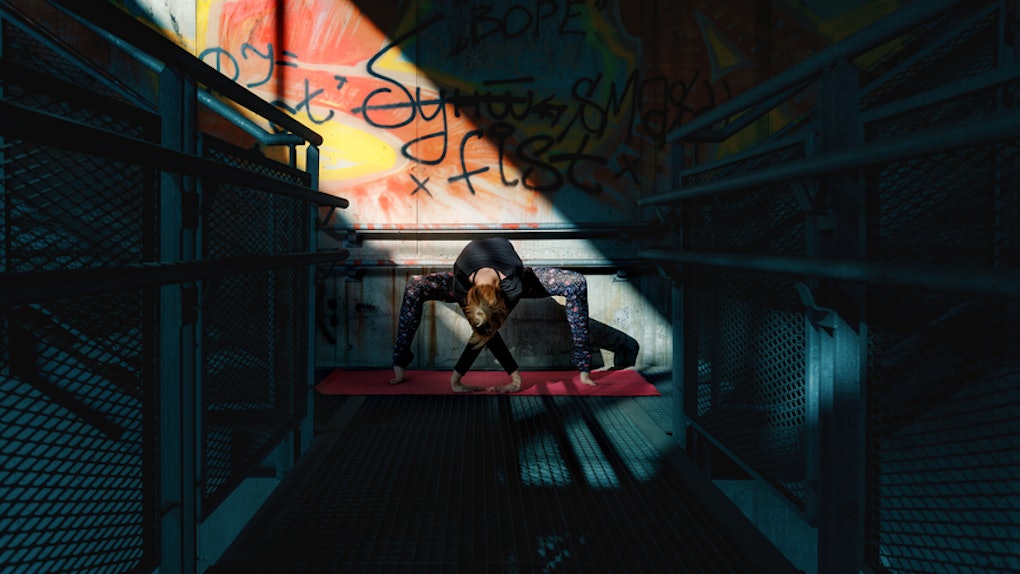 Does Saturn Retrograde Affect Your Productivity? Astrologers Say It May Be A Hectic Time

It seems like the minute we get out of one planetary retrograde, another one just pops up out of nowhere, ready to wreak even more havoc on all of us. This time, it's Saturn retrograde — and since Mercury retrograde is notorious for technology and communication failure, I can't help but wonder if Saturn retrograde affects productivity to any degree, too. Spoiler alert: it does. But the backward movement of this planet can be both negative and positive when it comes to getting things done, so don't freak out just yet.

According to astrologer Matthew Currie, the best way to handle this latest planetary retrograde is to look back at the last several months of your life and assess, in a figurative sense, where you were in the past, and where you are now — and, of course, any personal growth (or even lack thereof) that's happened in between.

"The best way to deal with Saturn retrograde is to stop right now and look back at your life from February of this year [to] the present," Currie tells Elite Daily. "Saturn will be passing over those same degrees [aka areas in the sky] during this retrograde, and will spend most of the year after September going forward, covering those same degrees one more time."

If that sounds a little confusing, Currie clarifies this idea with an example: "Think of it as a car hitting something, backing over it, then going forward and hitting it again," he says.

In other words, Saturn retrograde may have you feeling a slight sensation of déjà vu, which could make you feel all kinds of out of it as you try to go about your day.

However, Currie points out, this isn't necessarily a bad thing.

"Saturn brings structure and order and practicality to things," he explains. "If there's some [area] of your life where you've really gotten a grip on things and made some solid, practical progress, the same will happen again."

For example, maybe you've recently fallen into a natural, productive flow at work. You're getting things done on time, you're getting recognition for all of your hard work from the people above you, and you have this confident assurance that you're exactly where you need to be. If that's the case, then Currie's insight suggests you'll likely continue enjoying the fruits of your labor while Saturn is still in retrograde.

Unfortunately, though, according to Currie, that same sense of consistency will apply to any aspect of your life where you may be having a bit more difficulty. So maybe, for you, things aren't going super well at work; perhaps there are restrictions or obstacles that have been holding you back or stagnating your progress in one way or another. If that's been the case for you for the last few months, Currie says, then you'll likely be experiencing these setbacks all over again between now and September, when Saturn goes direct again.

With that in mind, Currie says Saturn retrograde is a good time to go easy on yourself, and to not work too hard on things, literally or figuratively.

Kathy Biehl, an astrologer, psychic, and tarot adviser, agrees with Currie: In an interview with Elite Daily, she tells me that Saturn retrograde is a good time to stick to a schedule when it comes to getting things done, and to not bite off more than you can chew.

"A Saturn retrograde invites (OK, forces) us to slow down and pay close attention to our business," Biehl says. "And this is doubly true now, because Saturn is in its home sign of earthbound Capricorn."

The combined effects of these two things, according to Biehl, can make you feel a bit slow and weighed down as you're trying to go about your everyday routine.

"It increases your experience of limits, responsibilities, and commitment," she explains. "Saturn favors sober living and acting with an eye to the consequences of your behavior."

In terms of your productivity, that might mean going easy on the late-night partying while Saturn's in retrograde, so you're not a walking zombie throughout the whole thing, you know?

According to Biehl, Saturn retrograde will force you to be "acutely aware of your energy levels and physical condition," meaning you'll want to pay extra attention to self-care rituals during this time, and ensure you're not over-extending your resources, even if you find yourself knee-deep in work.

"How you respond to this [heightened] awareness plays a huge role in how you experience the retrograde," Biehl says. "You may be working longer hours than normal, or growing weary more quickly than usual. Your mood may be quieter, more somber than normal."

And if you notice these weird changes in yourself over the next several weeks, the astrologer says, it's all good.

"This is a time to go back over how you've been handling the foundations and structures of your life and take care of them," Biehl explains, "so they'll support you for a long time."

More like this
The 3 Most Shy Zodiac Signs Need A Lot Of Space To Decompress
By Chelsea Jackson
The Mythical Creature You Are, According To Your Zodiac Sign
By Roya Backlund
What Planets Are Retrograde April 2021? Here's What You Need To Worry About
By Roya Backlund
Stay up to date