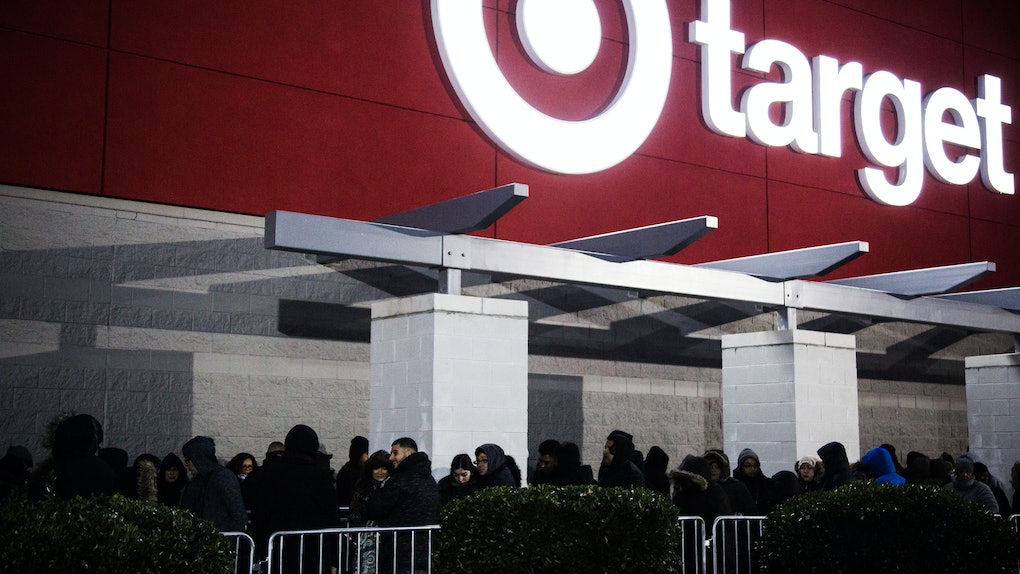 The biggest day in retail is just around the corner, and you might be weighing the pros and cons of an early wake-up call. If you'd rather do your Black Friday shopping from the comfort of your couch, you're in luck, thanks to a handful of online Black Friday deals. From Kohl's to Best Buy, there are plenty of retailers that are making it so easy to avoid the mall crowds.

While many stores are continuing to push up the start times of their Black Friday deals, including starting the savings on Thanksgiving Day itself, they're also making it a whole lot easier to be thankful with plenty of online sales that'll make it feel like Cyber Monday come early. While some in-store deals won't be available online, and vice versa, you can expect major retailers like Kohl's, Macy's, Best Buy, Target, and Walmart to offer the bargains online as well as retail giant Amazon, which has countless sales to take advantage of.

Keep scrolling for some of the retailers who will be offering Black Friday savings online this year.

While Kohl's will start offering festive deals at Kohls.com as early as Monday, Nov. 25 at 12:01 a.m. CT, shoppers can head to the website on Thanksgiving day at 12:01 a.m. CT to start shopping the retailer's big Black Friday Doorbusters before stores officially begin offering them at 5 p.m. local time.

Macy's preview sale begins both online and in stores on Thursday, Nov. 21, with sales running through Nov. 26. Macy's official Black Friday sale launches online and in stores on Wednesday, Nov. 27, giving you early access to select deals through Black Friday weekend. The company will also be offering Cyber Week savings online from Dec. 1 through Dec. 7.

While Best Buy already gave shoppers a preview of what to expect when its Black Friday sale lands during the holiday weekend, online shoppers can take advantage of these deals once again by heading to the Best Buy website anytime during the week of Thanksgiving, and on Thanksgiving Day and Black Friday. The same in-store deals will apply online, and there will be online exclusives.

While in-store sales at Target will begin at 5 p.m. on Thursday, Nov. 28, online shoppers can get in on the sales early by heading to Target's website on Thanksgiving morning. Red Card members can get early access on Wednesday, Nov. 27, and Target Circle members will have access as of 6 p.m. CT on Nov. 27.

Following its pre-Black Friday sale online, which begins at midnight ET on Friday, Nov. 22, online shoppers will get an early advantage over in-store consumers with the company's official Black Friday savings kicking off on its website at 10 p.m. ET on Wednesday, Nov. 27.

While Amazon is starting its Black Friday kick-off early on Nov. 22, the retail giant will be adding additional deals on Thanksgiving as well as Black Friday. I'd recommend checking those out to see if any brand new offerings catch your eye.

You can find deals both online and in-store in the week leading up to Black Friday as well, so if you're planning to shop online, you're likely to find a deal.