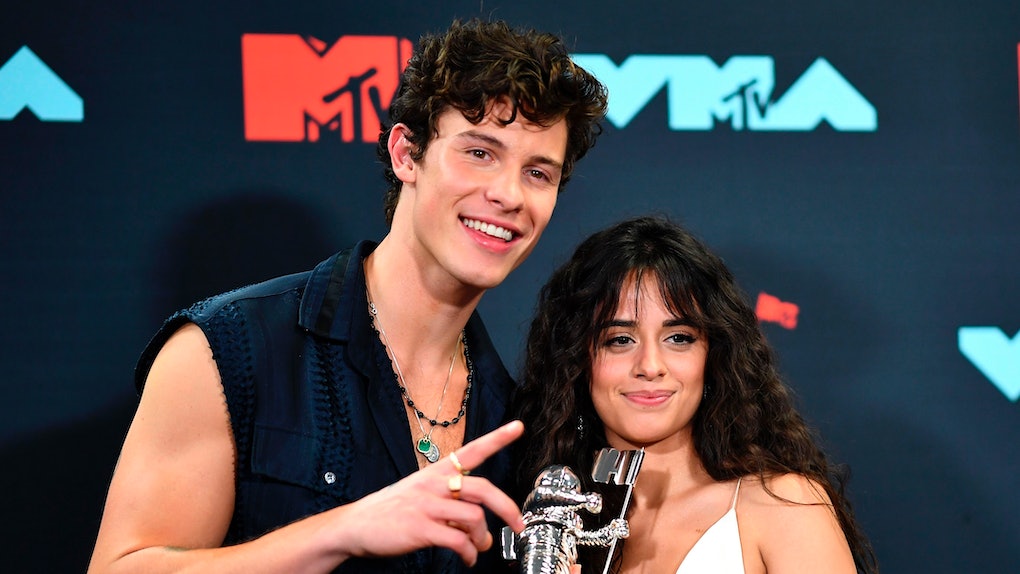 Shawn Mendes and Camila Cabello have basically been inseparable since they went public with their relationship in July 2019, but a recent report claims the pair may have recently called it quits. The question of if Shawn Mendes and Camila Cabello broke up is making fans uncomfortable, and TBH, it doesn't seem like most are buying it. Here's what to know about the reported separation. Elite Daily reached out to Cabello and Mendes' reps for comment, but did not hear back at the time of publication.

On Wednesday, Aug. 13, InTouch reported Mendes and Cabello are taking time apart. While quarantining at Camila’s home in Miami, the couple was together for months, but Mendes recently returned to Los Angeles without Cabello, said a source close to the couple. “The [original plan] was that Camila would go back to Los Angeles with him,” the insider continued, “But they decided they needed to take a break from each other.”

The source told the publication, “Despite their busy careers, they’ve spent much of the past year together. They were in love and were best friends — they still are." While the singers reportedly still care for each other, the source asserts that “the past year was a whirlwind for them and they supported each other so much. Nothing really went bad between them; they just realized they need some time apart.”

So, while the insider isn't claiming that the breakup is permanent, the pair are reportedly working separately "on new albums” and “need a little space to grow individually.” The difficulty of admitting the need for some distance is something the couple both struggled with, said the source, but they haven't tuned each other out. "They still talk and love each other,” the source said.

A key clue about this reported break is the couple's Instagram and social media pages, as both Cabello and Mendes haven't deleted their photos together or unfollowed each other.

Fans took to Twitter shortly after the news broke, and it sounds like most are not buying this report at all. One key detail people are pointing out is Cabello posted a photo of herself wearing Mendes' sweater on Aug. 13, the same day the news broke of the couple's time apart:

There's also a dispute to whether Cabello is still in Miami, Florida, or if she went with Mendes to Los Angeles. Some believe the couple was spotted walking in LA together in recent weeks:

Other fans are bringing up the breakup rumors of the past surrounding the couple, and saying it's never true:

Fans definitely aren't buying a Shamila break up, and the source seemed to reiterate that the relationship isn't really on the rocks. If they are taking some time for space, then it sounds like there isn't anything too serious to worry about in their romance at the moment. Fans will just have to keep their eyes peeled for any new updates.

More like this
Are Jennifer Lopez & Ben Affleck Getting Back Together? A Reported Reunion Has Fans Buzzing
By Cianna Garrison
Katie Thurston's Ex Joked About Her 'Bachelor' Entrance In His Stand-Up Act
By Corinne Sullivan
The Real Reason Camila Cabello Quit Fifth Harmony Is So, So Unfortunate
By Tara Martinez and Michele Mendez
Stay up to date