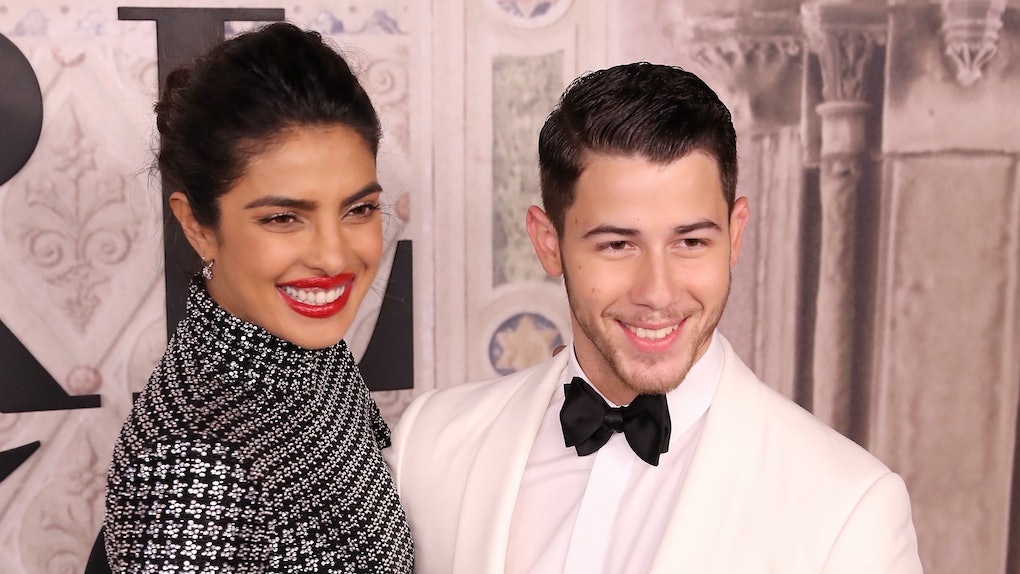 Did Priyanka Chopra Like The Jonas Brothers? Her Thoughts On Nick's Band May Surprise You

I am slightly obsessed with Priyanka Chopra and Nick Jonas' whirlwind romance, followed by what can only be seen as the most magical wedding celebration of mankind. I can honestly tell you that I gaze at their wedding photos nearly as much as my own, and I have zero shame about it. But what about when Priyanka and Nick were merely just starting out together? Did Nick Jonas watch Quantico? Did Priyanka Chopra like the Jonas Brothers? Fortunately, we actually have an answer to that second question, and it might surprise you.

The newlywed actress went on The Ellen DeGeneres Show and spoke about just how little she knew about the Jonas Brothers... you know, before she started dating one.

After DeGeneres jokingly called Priyanka and Nick out for not inviting her to the wedding (she was Nick's landlord at one point, you know), she asked Priyanka what she knew of her now-husband's former boy band career.

Come on, you mean to tell me that Priyanka Chopra didn't shake her hips to "Burnin' Up?" She didn't feel raw emotion when listening to "When You Look Me In The Eyes?"

She continued, telling Ellen that, "In fact, Nick and I didn't know much about each other so we did a show and tell when we started dating where we showed each other our work from when we were younger—the embarrassing stuff—it was great. That's how we got to know each other."

Ah, yes. Nothing says "commitment" like revealing what you were like in your awkward, formative years and having the person you're dating not run away. Must be love.

But what she did know about Nick Jonas was that she liked what she saw (and what she heard) after watching the music video for "Close." In case you've yet to see it (LOL, who are you?), check out what Priyanka was checkin' out when she realized that Nick Jonas had some real appeal:

"He's so nice and it shocks me that he hasn't been corrupted," she joked, adding, "He's so family driven…He's just really nice and sweet."

Nice, sweet, talented AF, abs for days... the kind of thing one looks for in a partner, no?

You can watch Priyanka tell the whole story (not to mention the story about Nick sliding into her DMs) below:

Now that the couple is married, many fans were wondering when Priyanka Chopra and Nick Jonas will have children — something that Chopra herself has opened up about.

According to Entertainment Tonight, Chopra attended the God's Love We Deliver, Golden Heart Awards at Spring Studios in NYC back in October 2018, and spoke about the happy news that her good friend Meghan Markle is pregnant with husband Prince Harry. The reporter asked how excited she was when she heard the news, and Chopra replied, saying, "I just have, like, a few friends who are having babies right now and I'm like, 'God, I need to catch up!'"

#Truth. We're ready when you are, you two!

More like this
Demi Lovato Said She Won't Share Details About Her Recovery Again After Being Criticized
By Brandy Robidoux
How Bahari Became Instant BFFs After Starting Out In Different Parts Of The World
By Kaitlin Cubria
When Will BLACKPINK's Lisa Make Her Solo Debut? It May Be Right Around The Corner
By Michele Mendez
Stay up to date