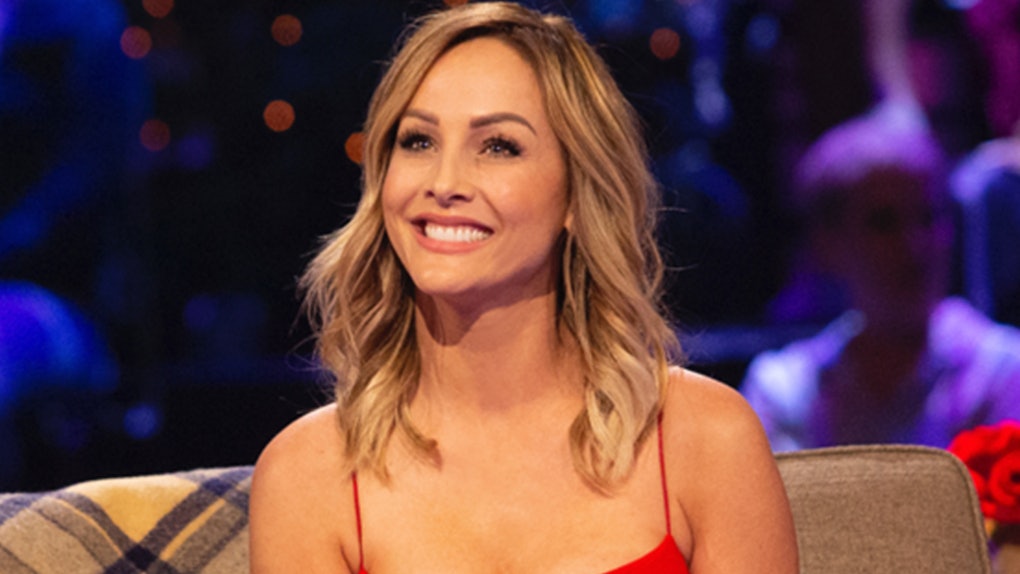 The year 2020 has been wild for a lot of reasons — including the goings-on with The Bachelorette Season 16. This time, however, the bizarreness has left people happy, because Clare Crawley officially found love on the show... just a little bit earlier than expected. And Clare Crawley's first Instagram with Dale about leaving The Bachelorette hint the couple is still happy after getting engaged.

To recap, Clare's casting was announced back in March 2020 (AKA an entire lifetime ago) on Good Morning America. Then, production was halted in March due to the coronavirus pandemic and some of the original contestants were recast. Once filming resumed, the entire crew had to quarantine as a safety precaution, and instead of the usual Bachelor Mansion, filming began elsewhere, at La Quinta Resort & Club.

Finally, Season 16 started filming in late July and premiered on Oct. 13. Though fans knew this season was going to be different (new location, "the oldest Bachelorette in history," etc.), Clare's reported departure from The Bachelorette and Tayshia Adams' subsequent takeover as the lead had still been shrouded in a lot of mystery leading up to the big switcheroo.

Even though fans had a feeling Dale and Clare were going to end up together after rumors started circling back in July, seeing it actually unfold onscreen has been something else. It was pretty clear from the start that the Bachelorette had eyes for one contestant and one contestant only (especially after she said she found her husband when he walked out of the limo on the first night), so viewers were ready for the moment when Clare would step down and Tayshia would step in as the next lead.

Finally, in the Nov. 5 episode, Clare and Dale confessed their love for one another, and Clare realized she was ready to move forward just with Dale. After a drawn-out episode involving many tears, much confusion, and multiple heart-to-hearts with Chris Harrison, Dale got down on his knee, Clare obviously said "yes," and the two left the show happily engaged. Just minutes after their sweet moment played out onscreen, Clare took to Instagram to express her feelings about taking that leap of faith with Dale.

In the post, she included a slideshow of photos of Dale proposing (which he posted to his own IG as well), and captioned it: "It’s official!! Love wins!!!! 💍❤️!!! I love you @dalemoss13 !!!!" And while it's been an unorthodox journey, from the looks of things, they're headed toward a very happily ever after.