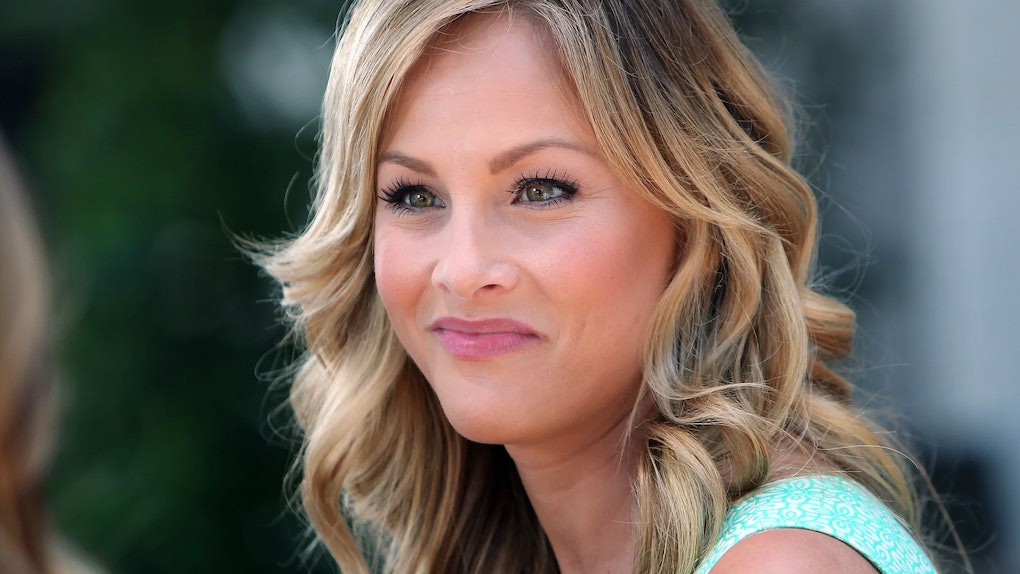 Um, did you get a chance to see Clare Crawley clapping back at a troll telling Dale Moss to dump her? Because it's absolutely epic. On April 14, Crawley shared a screenshot of a series of messages she's been receiving from the same person since January. "Sucks to suck I hope dale leaves your old a**," the first one reads. "You, you are a f*cking idiot," says another. "I can't wait until Dale f*cks you again. And who you gunna cry to?" And then, in response to a photo of herself working out, "I'm sure you're doing more with that machine." Another message simply calls her a "f*cking b*tch." Unbelievably awful.

Alongside the screenshot of the hurtful message thread, Crawley wrote, alongside an eyeroll emoji, "I take breaks from looking at my DMs if your [sic] wondering why I don't get back to some people... this is why."

She then went on to explain in a couple of videos, "Oh yeah, that's why I don't go through my DMs. Do you think she wakes up and is like, 'I feel so good today. The sun's out. I'm feeling amazing. I feel like talking sh*t to somebody I don't know today.'"

Nobody deserves this level of hate — not even people who voluntarily put themselves out there in the public eye.

Dealing with bullies isn't the only thing Crawley has been up to lately. She also appears to be reuniting with Moss. After getting engaged and leaving her season of The Bachelorette early, Moss announced that he and Crawley had split with a since-deleted IG post on Jan. 19. Crawley took to her own IG a couple of days later to say she was blindsided by Moss' announcement in her own since-deleted post. For the most part, it seemed like they were not on great terms... that is until February rolled around.

On February 16, rumors of a reconciliation started swirling when the exes were spotted together in Florida. "Dale has been pretty secretive with friends when they're asking if he's back with Clare, but it's obvious to everyone that they're back together," a source for Us Weekly claimed on Feb. 19. "They're just figuring things out and enjoying spending time together."

While neither of them have really spoken on the matter, fans think that there's now a chance Crawley might even be moving to New York City to be with Moss. The theory is based on the fact that Moss posted a selfie of himself and Crawley in what appears to be a brand new New York City apartment to his IG Story. Crawley also shared the same apartment to her IG Story and even asked followers for New York City yoga studio recommendations.

Huh. Interesting. Very interesting. Keep your eyes peeled for updates on either of their profiles.

More like this
Are Clare Crawley & Dale Moss Engaged Again? This Update Has Fans Convinced
By Candice Jalili
Reality Steve Apologized To Demi Burnett For Sharing His "Graphic Sex Dream"
By Candice Jalili
Katie Thurston's Ex Joked About Her 'Bachelor' Entrance In His Stand-Up Act
By Corinne Sullivan
Stay up to date