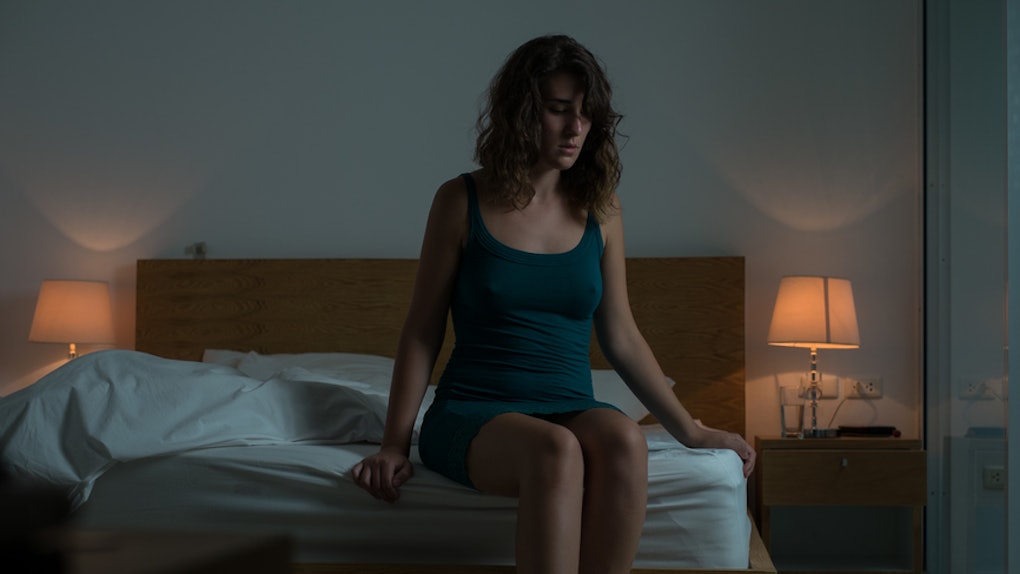 Can You Withdraw Consent During Sex? Far Too Many Women Believe You Can't

With the recent outpouring of #MeToo stories that have been flooding all of our social media feeds, a very necessary conversation about sexual assault, consent, and what both of those exactly entail has been brought to the forefront of our conversation. Unfortunately, the stories and realizations being brought to light here aren't really positive ones. Many, many women have experienced all sorts of sexual assault and harassment, and an alarming number of them have felt powerless in the aftermath. As if that wasn't bad enough, a new study found that many women believe they can't withdraw consent during sex — a whopping one in eight women, to be exact.

This is to say that if these women were to start having sex with someone and, halfway through the act, they decided that they'd rather not be doing this, they believe they do not reserve the right to revoke their consent by saying they don't wish to continue.

And this wasn't the only troubling statistic that the study, which surveyed over 1,000 people on their thoughts on rape and consent, was able to find. In fact, in addition to the 12.5 percent of women who believe consent cannot be withdrawn during sex, one in seven men (14.3 percent) admit to believing the same thing. That's right, even more men adhere to this alarming line of thought. To be clear, this means when a woman withdraws her consent in the middle of sex, almost 15 percent of men just don't think that's a thing.

That being said, we should hold on to the silver lining that the majority of men and women still maintain the (correct) belief that consent can be withdrawn at any point. More importantly, we should hope that these majorities make a real effort to educate others about what consent really means.

As if those stats weren't disheartening enough, the study also looked into how many women regret a sober, consensual hookup after the fact. Over 30 percent of women admitted to having regretted a sober, consensual hookup, compared to a smaller 22.3 percent of men who said the same. That means these people are soberly agreeing to have sex with people, for whatever reason, only to wake up regretting it the next morning.

The most interesting part? The study found that nearly twice as many men (5 percent) contemplated pressing rape charges after a sober hookup as women did (2.8 percent).

Needless to say, this entire study is just further proof that America has a very real, very large problem when it comes to sexual assault: Many of our men and women still don't have a clear definition of what constitutes sexual assault and what exactly consent entails.

What we must do now is to do our best in educating ourselves and others on what exactly consent involves. From there, hopefully, we can create a space that's safe for more people to come forward with their stories and a space where everyone recognizes that consent only involves a completely voluntary yes from both coherent parties the entire time.