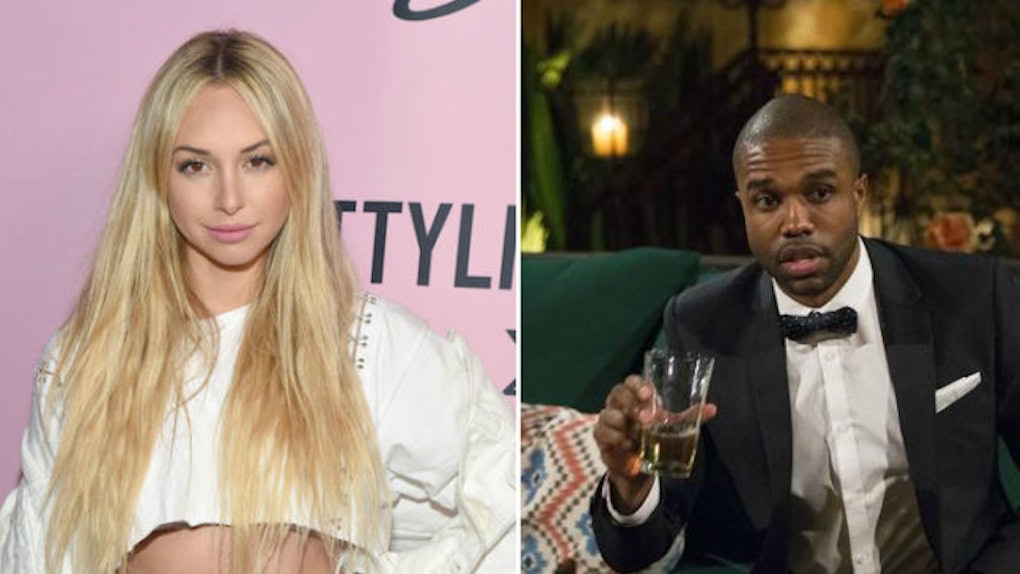 How Does Alcohol Affect Consent? 5 Facts To Know

Bachelor in Paradise, ABC's competition-oriented spinoff, has just found itself in some hot water.

TMZ is reporting that filming for the show has been shut down due to an instance of alleged sexual misconduct between DeMario Jackson and Corinne Olympios. Producers may have allegedly filmed in a scene (allowing a potentially illegal interaction) in which both parties were highly inebriated, and reports say there are now allegations of sexual misconduct between the two.

An investigation was opened into the incident.

Elite Daily has reached out to ABC and Warner Bros. for comment. Warner Bros. responded with the following statement:

Elite Daily has also reached out to DeMario and Corinne's teams regarding the allegations, but did not hear back at the time of publication.

Although we may not know the outcome of the investigation for some time, it's clear that Corinne and DeMario aren't the only individuals to find themselves in a scenario where alcohol was involved and sexual activity took place, leading someone (in this case, a third party) to think that one of the parties was assaulted.

As an attorney that falls into the "millennial" category myself, one of the areas I've most often heard peers ask about is handling situations like this at parties or other social gatherings. In other words, getting drunk and having sex aren't just things that happen on TV. Our hookup culture means these issues affect a lot of people.

So how do you know what's OK? Where are the lines of consent for sexual activity when alcohol is involved?

And how does alcohol impact an individual's ability to consent?

As with many things in the law, the answers aren't crystal clear. Here, we examine some of the most common issues regarding alcohol and sexual consent.

Do the issues involved with hooking up while drinking mean that you can never consent to sexual activity if any alcohol is involved?

Well, no. Just because two (or more) people have been drinking at all doesn't necessarily mean that legal consent isn't possible. After all, it happens all the time. Sometimes, people even purposely drink to enjoy their sexual activity even more.

2. Alcohol consumption does make it much more difficult to consent and determine consent.

Alcohol affects one's ability to speak and understand others clearly. Not only that, but drinking often means our inhibitions are lowered. In turn, we are more likely to get aggressive with another person.

While there's no hard-and-fast rule about alcohol effectively halting consent, alcohol does really muddy the waters.

It's a good rule of thumb to continue checking in with your partner about how they feel about having any kind of sexual activity. Asking pre-alcohol consumption and receiving a "yes" doesn't mean that "yes" lasts all evening. Keep asking and keep assessing the ability of the other person to consent.

If you're questioning someone's level of consent while drinking, don't pursue any sexual activity. If you aren't sure, they probably aren't either, and the best course of action is to stop completely.

In most states, a person can't consent if they are passed out. That part is clear enough.

The lines beyond that, though, vary. Many states establish a level of "incapacity," at which someone is too inebriated to consent, but even that varies depending on how exactly the person got there (i.e. voluntarily or otherwise).

As with any unclear situation, it's best to continue checking in with your partner to see how they're feeling. If they're unable to communicate their wants and needs clearly, refrain from making a pass at them.

4. Either or both parties can be liable for sexual assault if consent isn't clear and both are incapacitated.

If one party reports the incident, the investigation will start there. Both parties being incapacitated doesn't mean that one will be off the hook.

The bottom line: If both parties are inebriated beyond consent, both parties can be liable for claims of sexual assault.

5. If you're in doubt, just leave the situation alone.

Consent for sexual activity in the presence of alcohol or other drugs clearly isn't black and white.

The solution? When in doubt, leave it alone.

If you have any kind of doubt whether someone may be too inebriated too consent, the best course of action is to assume they cannot consent and immediately cease any sexual activity or pursuit of sexual activity.

While it's unclear how the investigation will go for Bachelor in Paradise, what is clear is that the presence of alcohol or other drugs almost always raises issues of sexual consent between two parties.

The best course of action is always to err on the side of caution. Respect the other person's right to say no - whether they are sober, drunk, just not into you, or just not sure - and if you're not sure if they're sober enough to say yes, assume instead that they said no to keep them, and yourself, safe in the situation.

This article does not constitute legal advice and is meant to be informational in nature only. For any personal issue or problem, you should contact your attorney to obtain specific advice related to you. No attorney-client relationship has been created through your reading of this article or use of this site.