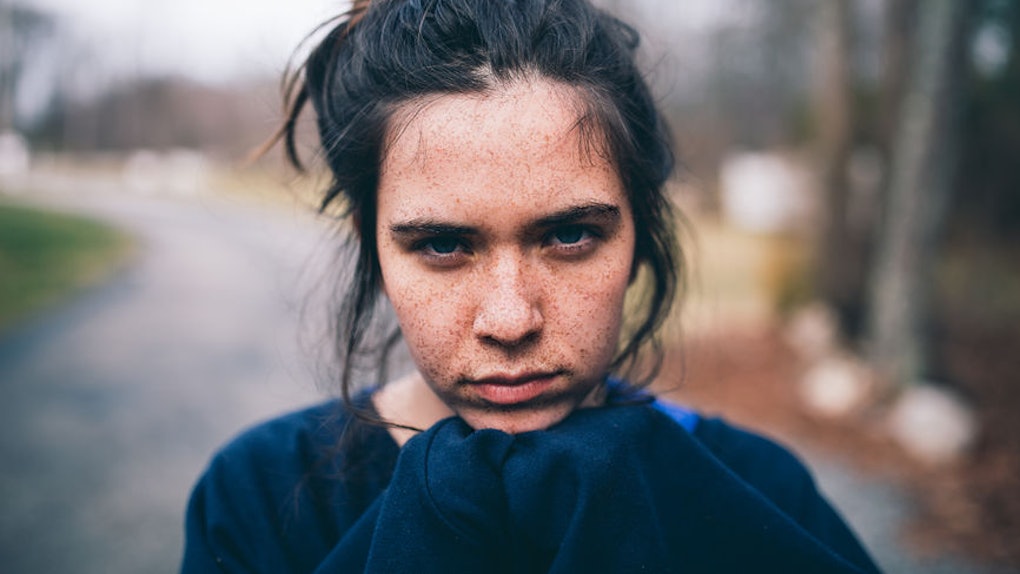 Can You Really Wake Up On The Wrong Side Of The Bed? Science Says It's A Legit Thing

How many times have you woken up with the immediate thought that all you wanted to do was go right back to bed? It's not just that you wake up some days feeling sleepier than others; sometimes you're just too plain grumpy and pessimistic to face the day and the prospect of being around other humans. Well, same, girl. But it might make us both feel better to know that, according to a new study, waking up on the wrong side of the bed is apparently a real thing, not just a turn of phrase or an excuse to avoid small talk in the elevator. What's more, it can kind of sideline the rest of your day if you don't take care of it first thing in the morning.

Of course, that's easier said than done. Some of us, myself included, certainly can't just transform a bad mood into a good one with the snap of a finger. But researchers at Penn State University are here to tell you that, when you begin your morning by anticipating and focusing solely on the negative, stressful elements of the day ahead, you're basically guaranteeing that you will "wake up on the wrong side of the bed," and as a result, that you'll probably have a pretty crappy day from that point on.

In their study, the Penn State researchers demonstrated that when people wake up expecting to have a stressful day, well, that's exactly what they get — but it happens because of that mindset.

In other words, it's not like you wake up on the wrong side of the bed anticipating correctly that bad things lie ahead for you at work, school, or wherever it is you spend your days. It's just a feeling or a thought pattern you're waking up with, and it doesn't actually mean anything for what will really happen throughout the day. But according to this new research, the mindset, in and of itself, of feeling like you "woke up on the wrong side of the bed," is enough to literally derail how you feel for the rest of that day.

In the study, which has been published in the Journals of Gerontology: Psychological Sciences, researchers looked at a group of 240 adults of different racial and economic backgrounds, and over the course of two weeks, these volunteers answered a series of questions, seven times a day, which they were prompted to complete via a smartphone app. In the morning, the study participants were asked about whether or not they expected their day to be stressful. Then, at five different points throughout the day, the app would ask the participants about their current stress levels. And finally, once a night during those two weeks, the participants were asked about whether they expected the next day to be stressful. To measure how their varying stress levels affected their productivity, the researchers gave the participants a memory task to complete five times a day throughout the two-week study period.

Basically, the researchers found that thinking about stress — and perhaps more importantly, waiting for stressful events to happen — can have such a huge impact on the brain and your overall mindset that, as a result, your productivity and focus suffers.

So in the simplest terms, this study found that the idea of "waking up on the wrong side of the bed" is literally all in your head.

It kind of makes you think twice about driving yourself up a wall so often by worrying about things that never even happen in the end, right? Plus, the researchers also found that those who felt more dread and stress in the morning performed worse on the memory task later in the day compared to those who anticipated stress at night for the next day. In other words, if you're going to overthink and make your head spin with the anticipation of a bad day, this research says you're probably better off having those thoughts at night than you are in the morning. After all, you can always sleep off the stress when it hits you at night, right?

Jinshil Hyun, a doctoral student in human development and family studies at Penn State, said in a press release that having the participants log their stress as they went about their day gave them a better snapshot of how all these brain processes work in the context of everyday life:

Humans can think about and anticipate things before they happen, which can help us prepare for and even prevent certain events. But this study suggests that this ability can also be harmful to your daily memory function, independent of whether the stressful events actually happen or not.

So it seems like the lesson to be learned here is that, if you wake up on any given day feeling like you got up on the wrong side of the bed, take a moment to give yourself a reality check. Ask yourself what it is you're actually stressed about — are they real, tangible things, or are you just assuming something is going to go wrong with no real basis for the assumption? Most days, it's probably the latter, and the good news is that it's easy to move past that dread and stressful anticipation once you recognize it for exactly what it is.

And if you need an additional distraction to get your mind off of that anticipated dread, try taking just 10 minutes in the morning for yourself, for something that truly just makes you happy, whether that's stretching while you listen to your favorite podcast, doing some breathing exercises while you pet your cat, or jotting down a list of things you're grateful for while the coffee's brewing. Pretty soon, you might just start waking up on the right side of the bed.