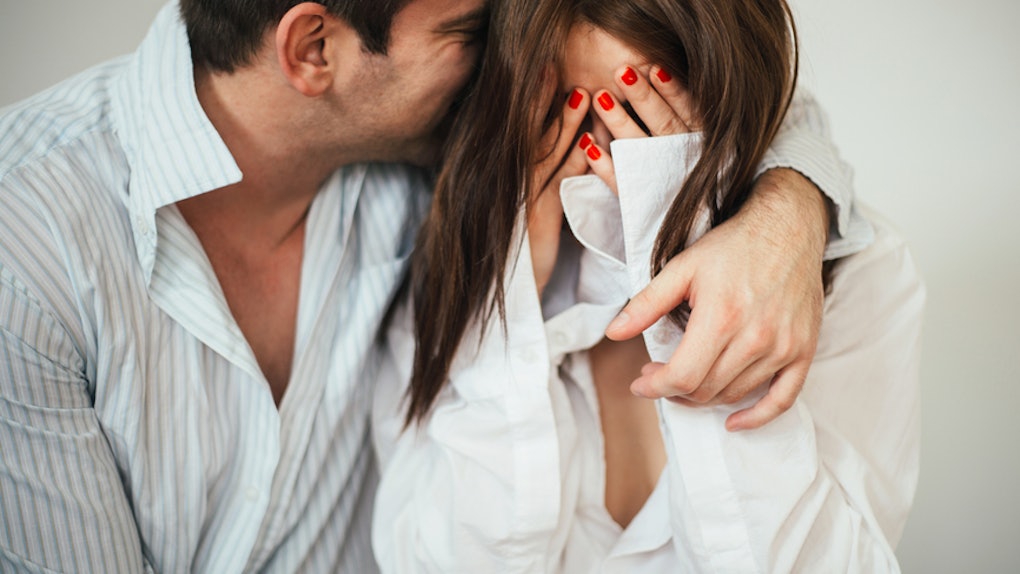 Can Bad Sex End A Relationship? A New Study Claims It Actually Can

As anyone who's ever gone through a breakup, had a friend go through a breakup or even watched a breakup on TV can attest to, there are plenty of reasons to end a romantic relationship. Of course, there are the popular ones we're always hearing about like cheating, lying, long distance, etc. But there are some reasons for breaking up that we aren't hearing about quite as often. For example, a new survey of 2,000 adults has found that...wait for it...bad sex in relationships can actually cause a breakup.

OK, but let me clear things up for a second. It's not that bad sex will never happen in a good relationship. In fact, the majority (60 percent, to be exact) of respondents in the survey, conducted by One Poll and Pure Romance, admitted that having sex for the first time with a new partner is less-than-awesome. And, as if that wasn't comforting enough, an even larger majority (71 percent) agreed that one meh sex sesh didn't necessarily mean the end of the road for a relationship.

The way I see it, there are two ways to look at this information. The first way is to absolutely freak out and feel the pressure to be delivering your A game in the bedroom those first few times. The second way (and my preferred option) is to look at it with a more glass half full lens and focus on the fact that you have four whole times to figure out your sexual groove with a new partner. That's plenty of times!

For those of you who are a little confused on what, exactly, counts as "bad sex," don't worry! The survey has got you covered. According to male-identifying participants, the most common reason for calling sex bad was a lack of orgasm (41 percent of them agreed on this). Closely following lack of orgasm as a reason for bad sex was lack of foreplay (36 percent of them responded this). Finally, 29 percent of the dudes admitted they were bummed when oral sex wasn't reciprocated, the speed was too fast, or they were too drunk to get hard.

Now, let's talk about what my LADIEZ consider to be bad sex. The large majority (57 percent) agreed that not getting enough foreplay could ruin a sexual encounter. Next, almost half of them (44 percent, to be exact), said sex was bad when they didn't finish or it went too quickly. Interestingly (or maybe not-so-interestingly depending on how you look at it), a whopping 37 percent of them said dirty sheets could totally ruin the experience for them. Finally, a third of the ladies (33 percent) had issues with partners who wouldn't go down on them.

OK, now that we've identified what bad sex is and how many times we can afford to have it, let's talk about what we can do to stop it from happening. According to the survey, almost three quarters (72 percent) of participants said they made sex better by showing their partners new sex positions and being open about what their preferences are in terms of being touched. Almost half (48 percent) said they used sex toys to help them out. A slightly smaller 46 percent said they told their partners (rather than showed them) what they wanted. Finally, a considerable 71 percent agreed that things just naturally got better over a time.

Ah, maybe time really does heal all wounds after all.