BTS unveiled the very first teaser images for their fourth studio album on Big Hit Entertainment's Twitter. The first batch of photos includes seven individual pictures, as well as one group shot. All of the members are dressed in white as white feathers flutter around them, giving the photos an ethereal feel. The members seem to be representing white swans, which is the total opposite to their all-black get ups for their latest single from the upcoming album, "Black Swan." The concept photos also share a touch of darkness, however, with a black hole on the wooden floor that adds an element of mystery to the scene.

The internet is buzzing over the meaning of the elegant photos. Fans are suggesting that the BTS members represent white swans, and that the black hole could represent a descent into darkness. User @kacenka16121 wrote on Twitter, "What if they’re angels but they did something wrong/ made [a] mistake and they have to jump into the black hole and become black swans." 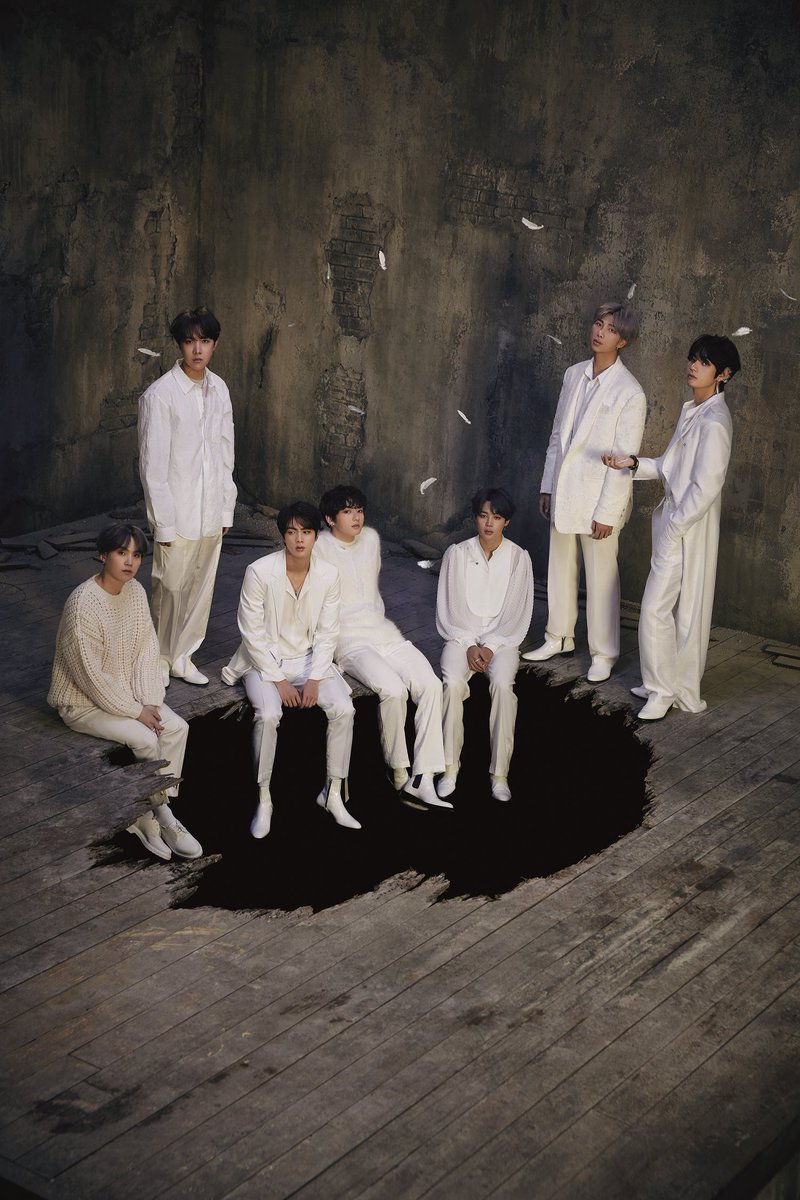 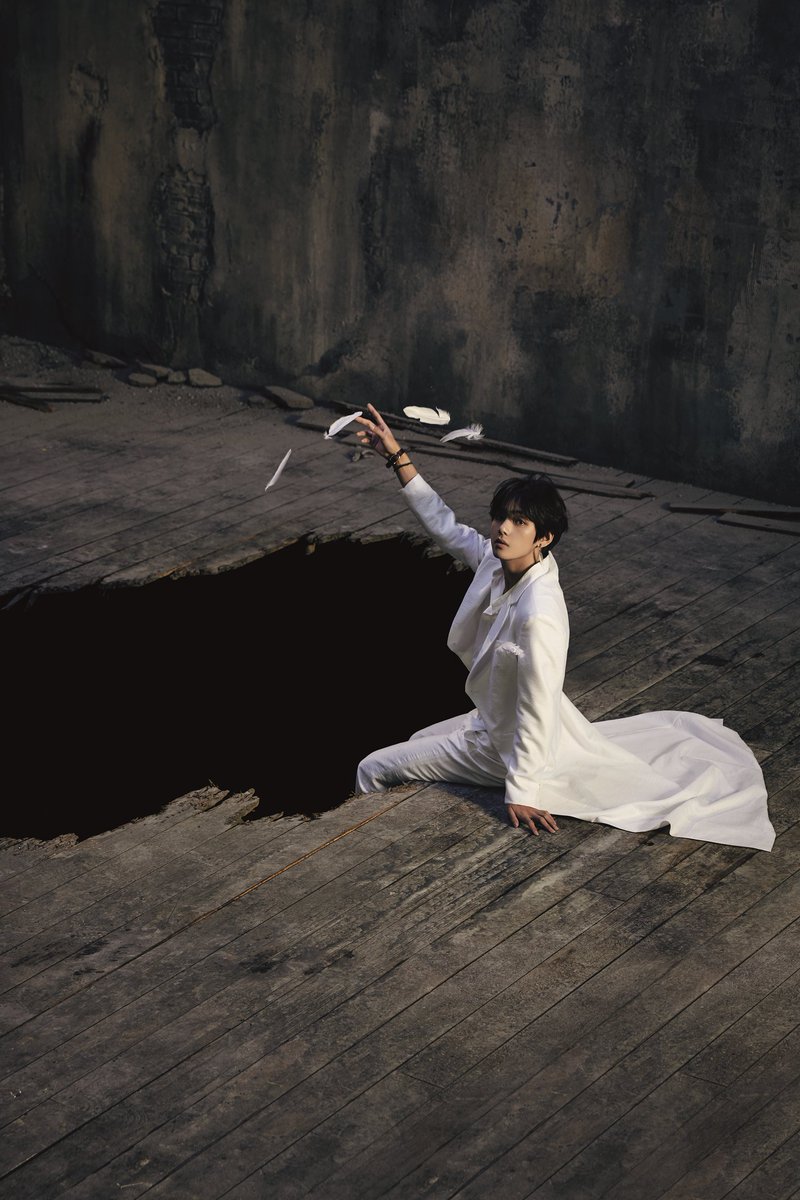 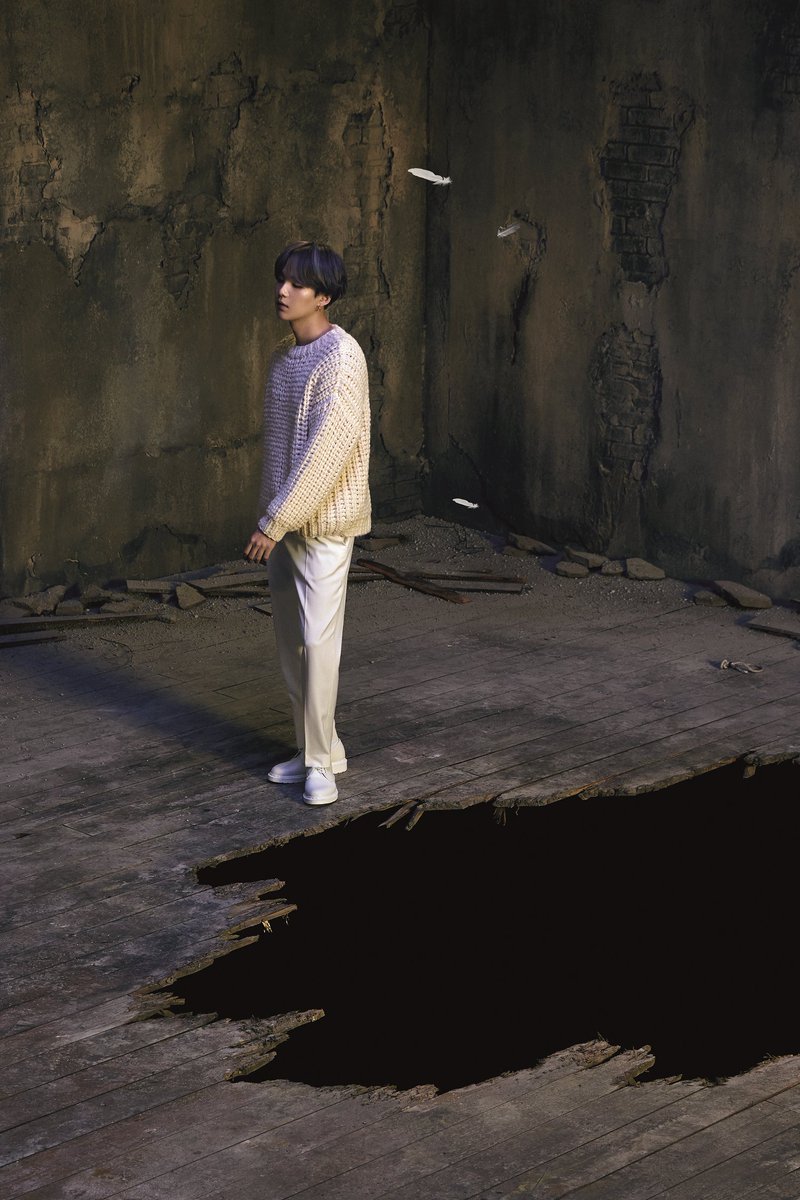 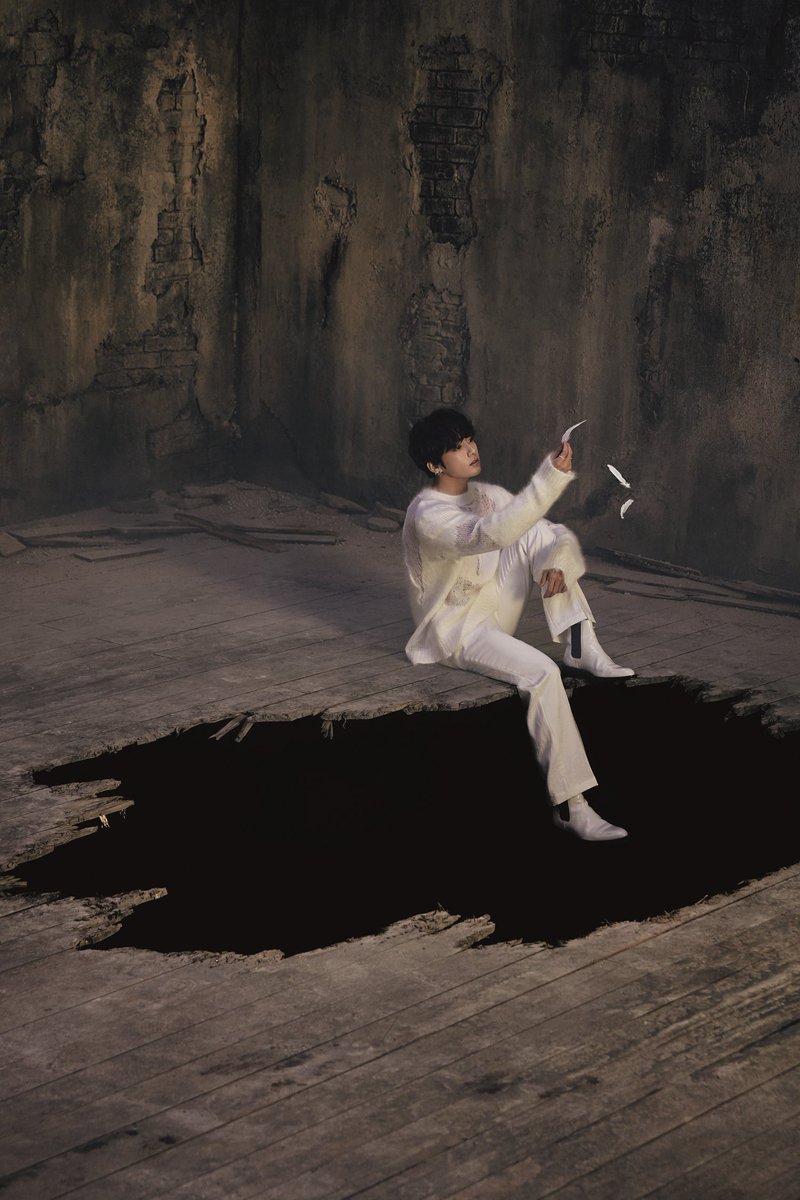 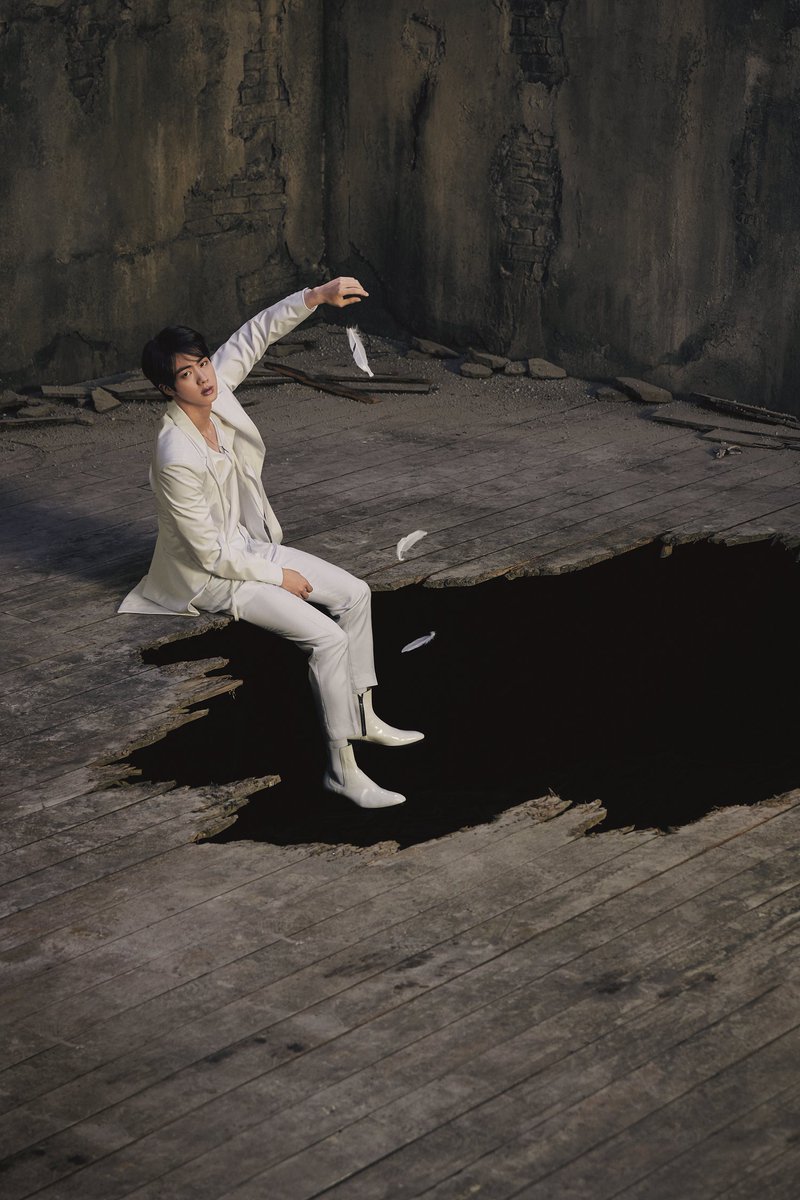 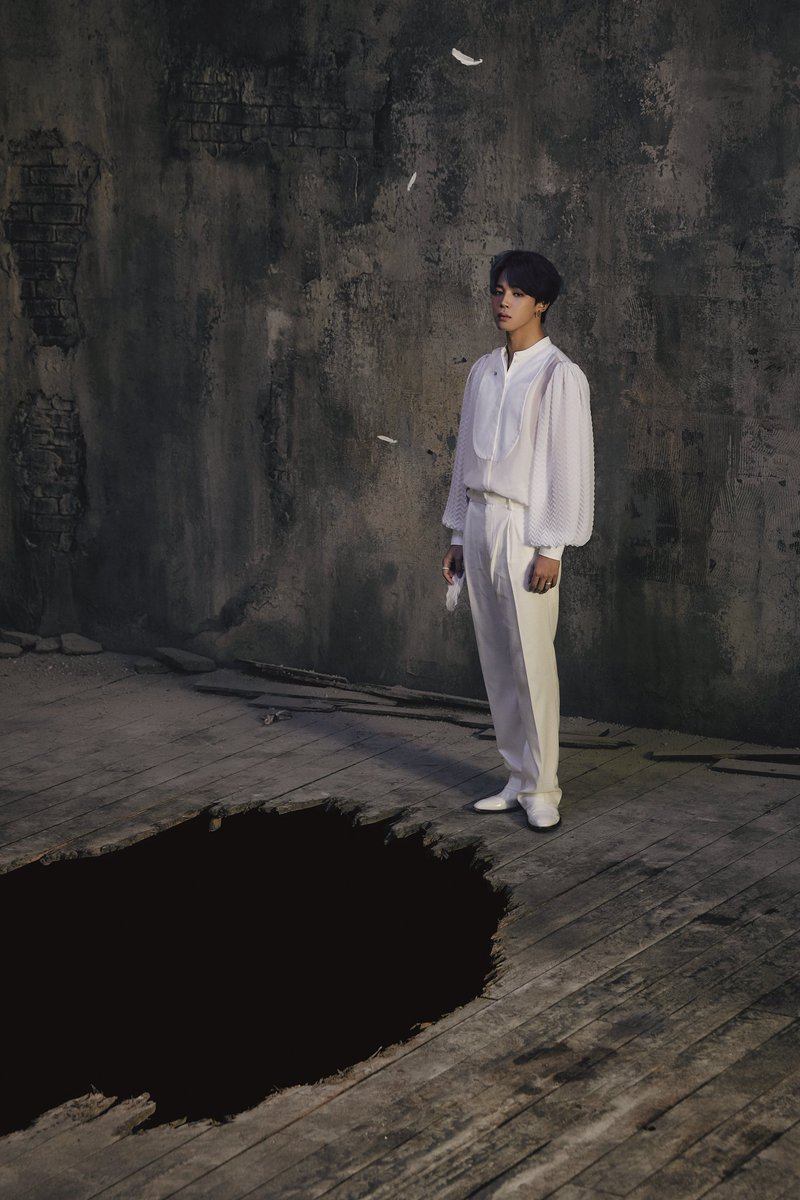 The crew has been busy this year teasing their comeback. They dropped "Black Swan," the second release off Map of the Soul: 7, on Jan. 17. They also released an art film for "Black Swan," featuring Slovenian dance troupe MN Dance Company. In the video, seven dancers from the troupe head to a deserted mall. One shirtless man stands out from the group as he keeps trying to break away from the other dancers, however, they catch up to him and surround him — forming wings around his body as if he were a swan.

The new album looks like it'll have plenty more deep messages to unpack, so ARMYs better get ready. Map of the Soul: 7 will be released on Friday, Feb. 21.