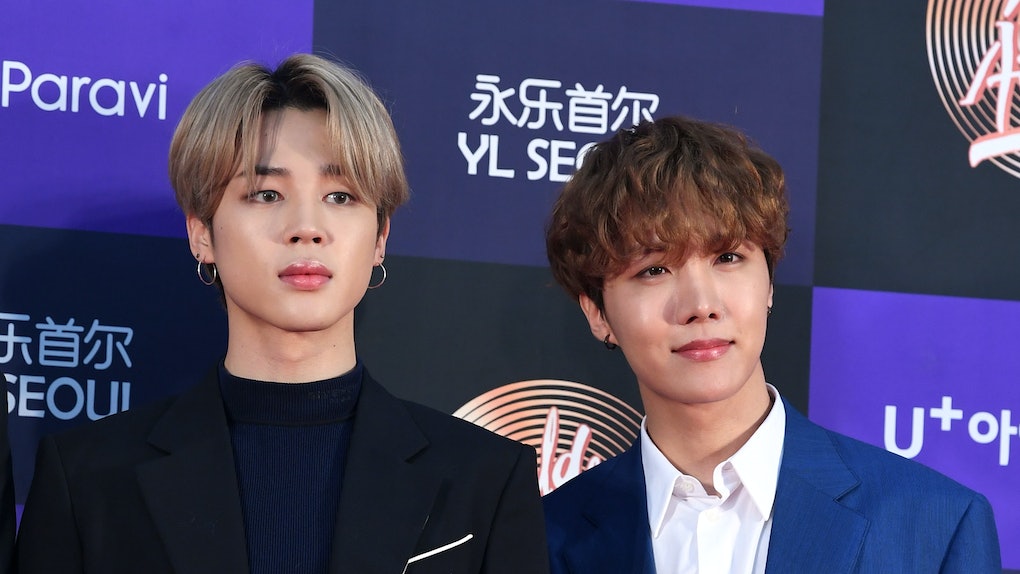 The teasers keep on coming! On Monday, May 3, Big Hit released a series of clips hinting at BTS' "Butter" era. Of course, in typical ARMY fashion, fans wasted no time trying to put the clues from the teasers together, musing on how it could all possibly connect to the group's previous teasers. What they discovered about BTS' "Butter" concept videos will blow your mind.

After weeks of rumors speculating about their comeback date, Big Hit confirmed on April 26 BTS will return with their newest single "Butter" on Friday, May 21. The agency got fans excited by saying the track will be "another summer smash hit" following BTS' success with "Dynamite," which dropped in August 2020. Similar to "Dynamite," the company added "Butter" will be an upbeat English single that will "melt its way into the hearts of all ARMY."

Two days after the big announcement, ARMYs received BTS' "Butter" promotional schedule, which revealed all the things coming in May leading up to the song's release, including a series of concept clips and teaser photos. On Saturday, May 1, fans got a mysterious teaser poster that showed a collection of photographs containing things like a camera, a piece of toast, a party popper, and yellow balloons.

At the time, fans had no idea what the poster was supposed to mean, but with the release of the latest teasers on Monday, May 3, ARMYs are starting to connect the dots. One teaser was a video of Jungkook about to a eat a piece of toast with a heart-shaped piece of butter on top, and the other was RM blowing up a party popper in front of a lamp.

ARMYs realized both members used props as seen in the poster. "lamp and hearts = namjoon bread and butter heart = jungkook," one fan pointed out on Twitter. Check out the comparisons between the concept clips and poster below.

Turns out, fans were right. On May 4, Big Hit dropped an additional two concept videos, and sure enough, they featured two more of the boys using the props featured in the original concept photo. Jin messed around with the yellow smiley face balloons and Suga snapped some shots with the camera.

Jimin, V, & J-Hope's concept clips rounded things out on May 5, and they were definitely worth the wait.

In them, Jimin danced with a bottle of soda, J-Hope showed off (then broke) the yellow lollipop, and V chewed on the gummies!

While the mystery behind the initial "Butter" concept photo is solved, fans still have a lot of unanswered questions. What will "Butter" actually sound like, for example? All ARMYs can do is stay tuned, because BTS have a lot more teasers in store ahead of "Butter"'s May 21 release.

This article was originally published on May 3, 2021