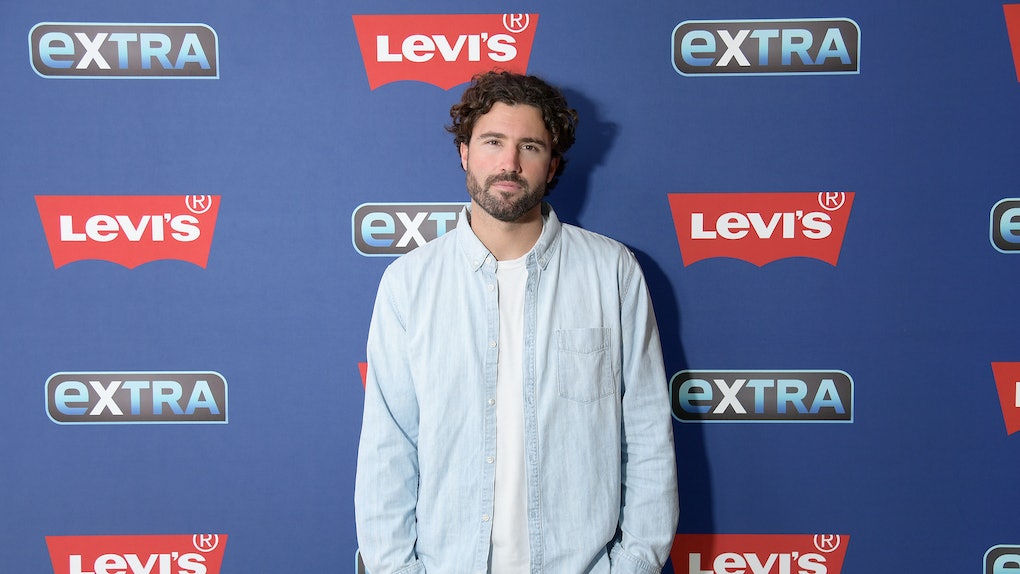 It's been a whirlwind month in the world of celebrity relationships. On Aug. 2, PEOPLE broke the news that Brody Jenner and Kaitlynn Carter announced their separation. Shortly after, on Aug. 10, Liam Hemsworth and Miley Cyrus released a statement saying they had also decided to separate. The day Cyrus and Hemsworth announced their split, Cyrus was photographed kissing Carter on vacation in Italy. Now, in the wake of the drama, TMZ reports that Brody Jenner is reportedly dating Josie Canseco. Are you dizzy? Same.

According to TMZ, Jenner and Canseco, a Victoria's Secret Model, have been all over each other since they reportedly started dating a few weeks ago. Elite Daily has reached out to representatives for both Jenner and Canseco about the reported relationship, but did not hear back in time for publication.

News of Jenner's reported new relationship comes just days after his ex, Carter, was spotted kissing Cyrus while the two were on vacation in Italy. The pair were reportedly friends and neighbors in Malibu before becoming romantically involved. Now that their vacation makeout pics have gone viral, Jenner's reported new relationship is making headlines. (Feels like perfect timing to me. Shady!)

It's unclear just how long Jenner and Canseco have been a reported item, but TMZ reported that the two met while Jenner was in New York City for a press tour of the newly rebooted season of The Hills. While it might seem that Jenner and Carter have moved on pretty quickly after their split, a source previously told PEOPLE that they never made their marriage legal to begin with, and had had problems for a while.

"Brody and Kaitlynn have had issues for years," the source reportedly said. "It is no secret amongst those who knew them. And the show was not good for them,” the source continued, referencing the reboot of The Hills. "It got so bad that Kaitlynn had actually moved out before they started filming, but then moved back in. Doing The Hills magnified a lot of things in their marriage. And it became clear that it wasn’t going to work. They both knew it."

Now that they've gone their separate ways, it seems like both Carter and Jenner are doing their best to start anew. TBH, nothing screams "Moving on!" more than a romantic Italian vacation with Miley Cyrus.

Clearly there are several parties involved in this debacle (five, if you're counting), but it seems like everyone's healing and moving on in their own way. Cyrus and Carter are vacationing together, Jenner is reportedly dating Canseco (who has an amazing Instagram feed, ICYMI), and for his part, Hemsworth has chosen to keep to himself. In an Instagram photo Hemsworth posted Aug. 12, he wrote, "Hi all Just a quick note to say that Miley and I have recently separated and I wish her nothing but health and happiness going forward. This is a private matter and I have not made, nor will I be making, any comments to any journalists or media outlets. Any reported quotes attributed to me are false. Peace and Love."

Basically, all parties involved are dealing with it as best as they can. Everyone deserves to be happy and to be with who they love, and these five are no different. Here's hoping everything works out for the best!