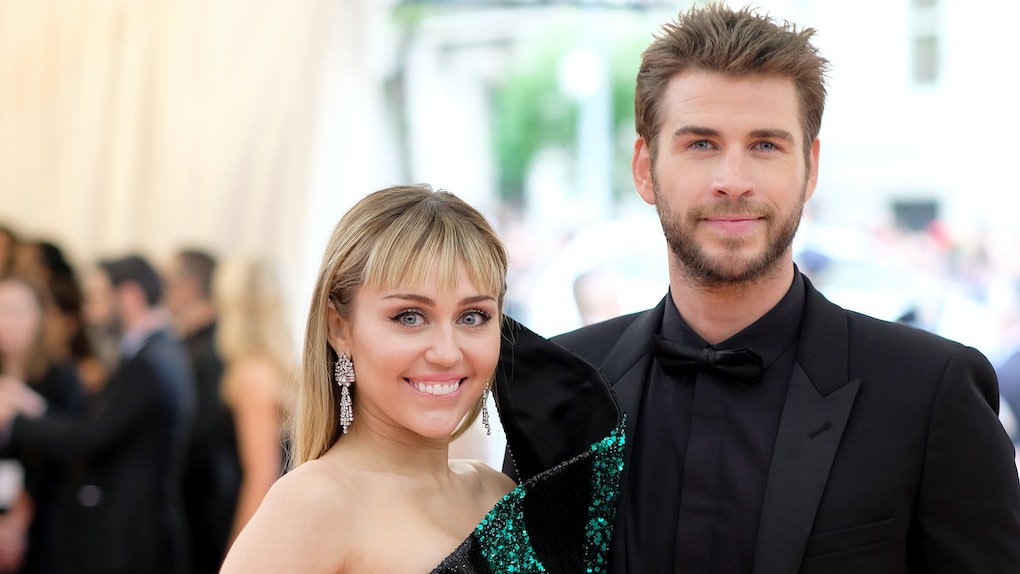 Liam Hemsworth's Instagram About His Split From Miley Cyrus Is So Sad, But Full Of Love

I didn't want to believe it, guys, but Miley Cyrus and Liam Hemsworth really are done. After a representative for the couple announced their split on Aug. 11, Hemsworth has finally spoken out about the split. And Liam Hemsworth's Instagram about his split from Miley Cyrus is so sad, but sets the record straight.

A representative for Cyrus and Hemsworth broke the heartbreaking news to the world on Aug. 11.

"Liam and Miley have agreed to separate at this time," the statement said. "Ever-evolving, changing as partners and individuals, they have decided this is what’s best while they both focus on themselves and careers. They still remain dedicated parents to all of their animals they share while lovingly taking this time apart. Please respect their process and privacy."

Cyrus, while not mentioning Hemsworth by name, posted a bunch of Instagram posts, the caption on one of them talking about how how life is all about evolving. She was also seen on a yacht in Lake Como with Kaitlynn Carter, Brody Jenner's ex. They were together for six years and married for one (although, they weren't legally married in the U.S.) before announcing their split on Aug. 2.

Paparazzi photos of Cyrus and Carter show the two women seemingly kissing on the boat. That prompted Jenner to joke about it on Instagram, which then inspired Cyrus' response shutting him down. So that was Cyrus' weekend!

Cyrus' Instagram about her split from Hemsworth was even more sad, despite Cyrus' inspirational tone.

Don’t fight evolution, because you will never win. Like the mountain I am standing on top of , which was once under water , connected with Africa , change is inevitable. The Dolomites were not created over night, it was over millions of years that this magnificent beauty was formed. My dad always told me “ Nature never hurries but it is always on time”.... it fills my heart with peace and hope KNOWING that is true. I was taught to respect the planet and its process and I am committed to doing the same with my own .... 💙

This seems to be an amicable split, which is good considering how intense their breakups in the past were, but oof, this still breaks my poor little stan heart. I have always stanned Liley. RIP to one of my fav celebrity couples. You're right, Miley. Nothing breaks like a heart. Excuse me while I go sit in a windowsill and stare out of the window, a forlorn look on my face. I am emotional about this!!