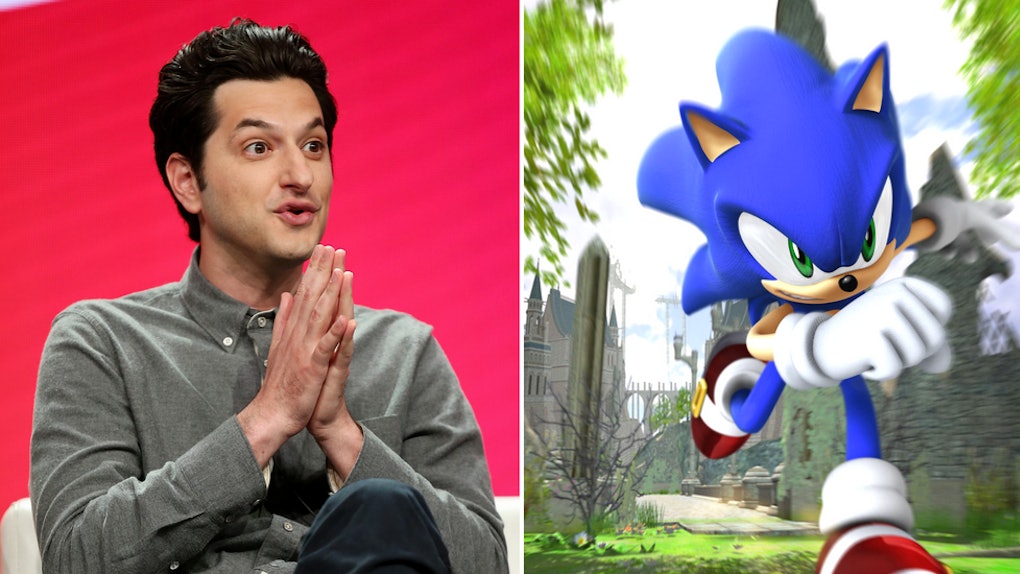 The upcoming live-action/CGI Sonic the Hedgehog movie has finally found its star, and he is the perfect choice to bring the speedy blue hedgehog to life for the first time ever. Actor and comedian Ben Schwartz will play Sonic in the Sonic the Hedgehog movie, Variety recently confirmed, and fans of Schwartz already know that his high-energy, fast-paced brand of comedy makes him the absolute best fit to play Sonic.

Ben Schwartz is joining the already star-studded cast of the first Sonic the Hedgehog movie as its star. Previously, the lead role was thought to have gone to James Marsden, but it was later clarified that Marsden will be playing the role of a police sheriff named Tom Wachowski in the movie rather than the iconic blue hedgehog himself. The first plot details about the upcoming movie reveal how Marsden's character will be involved in the story: "a small town com[es] together to help the sheriff save Sonic – a blue anthropomorphic hedgehog that can reach the speed of sound – from the government chasing after him." That may sound like a pretty political story for the classic video game franchise, but fans of the Sonic games know that there have been a number of video-game storylines involving Sonic being chased by the government, most notably in Sonic Adventure 2, which centered on Sonic being framed for major crimes by his evil lookalike Shadow.

Along with running from the government, Ben Schwartz's Sonic the Hedgehog will be squaring off against Jim Carrey as the villainous robotics expert Doctor Eggman in the new movie. The movie has also cast Tika Sumpter (Gossip Girl) as the female lead, and Natasha Rothwell (Insecure) in an undisclosed role. Last week, the first set photo from the Sonic the Hedgehog movie surfaced online, giving fans their first look at Marsden's sheriff character's police car and the small town of Green Hills, an adaptation of the iconic Sonic the Hedgehog video-game stage Green Hill Zone.

Fans probably best know Ben Schwartz from his role as the spoiled, ingratiating, scream-singing Jean-Ralphio Saperstein on Parks & Recreation. Although Jean-Ralphio initially only popped up in a couple episodes, the character became such a fan favorite that Schwartz went on to appear in the show more and more as the seasons went on.

And Ben Schwartz has also been in the business of lending his voice to iconic '90s anthropomorphized animals recently. He currently voices Donald Duck's nephew Dewey in Disney XD's rebooted DuckTales series, and he is set to voice Leonardo in Nickelodeon's Rise of the Teenage Mutant Ninja Turtles later this year. Sonic the Hedgehog will just be one more classic animal adventurer that Schwartz will bring to life for a new generation.