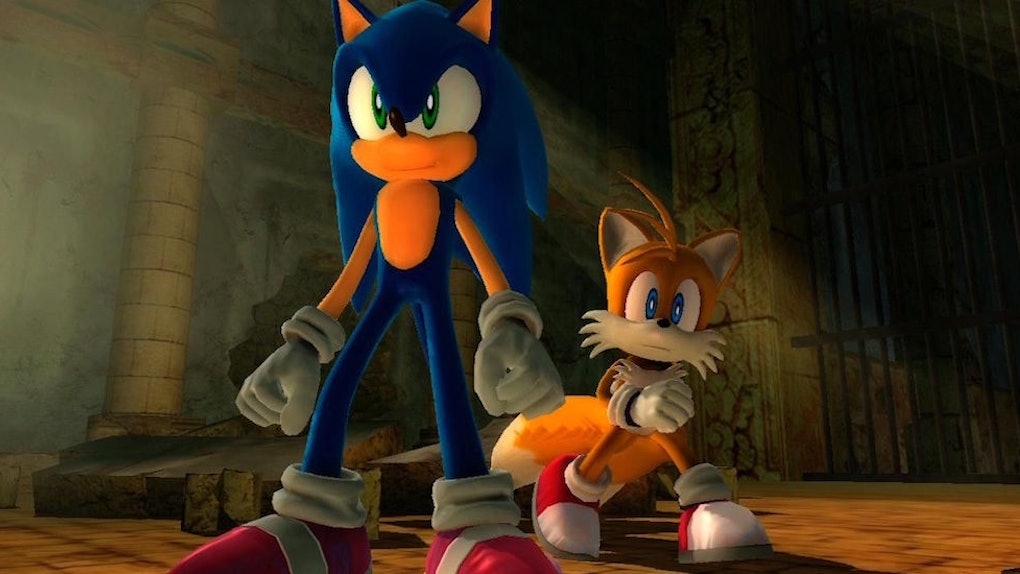 The first set photo to pop up of the currently filming Sonic the Hedgehog movie is a total blast from the video game's past, with a totally updated new look. Although the shot does not feature any characters, it does establish a very important setting of the new movie: a live-action version of Green Hill Zone, the first stage in the very first Sonic the Hedgehog video game from 1991. As the most iconic location in the Sonic franchise, Green Hill Zone has been reimagined several times in later Sonic video games, but the upcoming movie will be the first time that the sylvan setting will be brought to life in live action.

The new photo shows a giant, road-side billboard the welcomes visitors to the town of Green Hills. Thankfully, it doesn't appear that visitors will have to drive through any loop-de-loops in the road to reach the pleasant small town. Check out the first photo from the upcoming movie for yourself below:

The photo also includes a glimpse of a Green Hills sheriff police car, which likely belongs to James Marsden's character in the film. Marsden was announced as the first cast member to join the Sonic the Hedgehog movie a couple months ago, with fans initially assuming that the early casting meant Marsden would be playing the speedy blue hedgehog himself. However, more recent photos of Marsden dressed as a police officer on the set clarified that he will actually be playing a police officer named Tom Wachowski, presumably a fully live-action role.

A few other cast members have been announced since James Marsden's casting as well. Most notably, Jim Carrey is signed on to play the villain Dr. Eggman. Gossip Girl star Tika Sumpter and Insecure star Natasha Rothwell have also been cast in undisclosed roles. Sumpter's role has been teased as the movie's female lead, which has fans guessing that she will play Sonic's on-and-off love interest Amy Rose.

The Green Hills set photo also seems to clear up exactly how this Sonic the Hedgehog movie will blend live-action and CGI. It appears that the entire film will be set in a live-action world, with certain human characters appearing alongside CGI versions of classic Sonic characters, in kind of a Who Framed Roger Rabbit style of film.

Fans will have to wait another year and some change to see this Sonic the Hedgehog movie for themselves. The film is slated to dash into theaters on Nov. 15, 2019.

More like this
The 'Space Jam: A New Legacy' Trailer Will Bring Back All Your Childhood Memories
By Cianna Garrison
This Video Of Disneyland's Marvel's Avengers Campus Is Super
By Cianna Garrison
Where Is The 2021 Oscars Ceremony Being Filmed? The Location Is So Different
By Umber Bhatti
Stay up to date