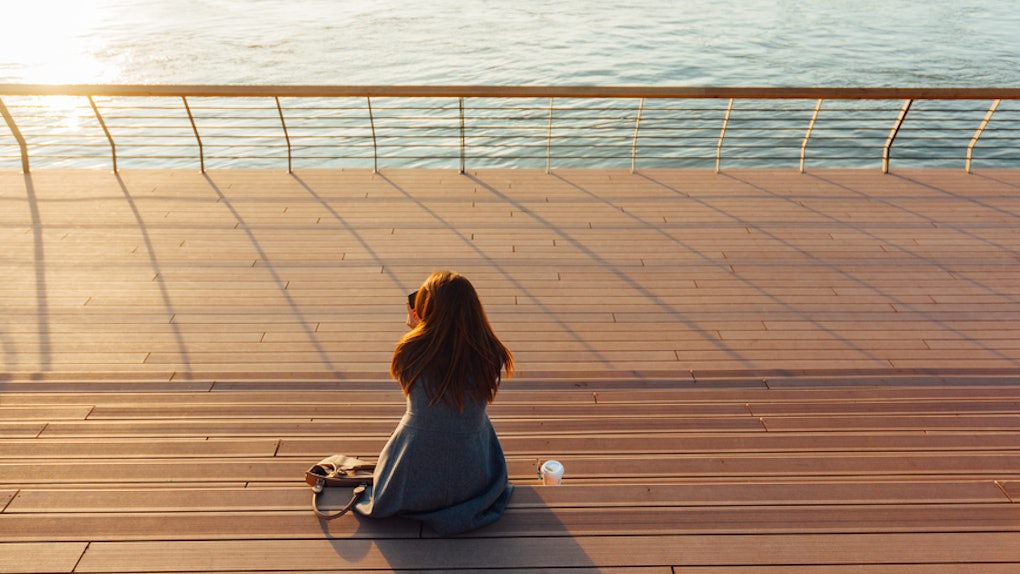 There's no point in ignoring the elephant in the room: the fact that single people face a uniquely agonizing challenge come Feb. 14. Sometimes, it can feel like being single on Valentine's Day is even a weird internal conflict for you. When I was single, Valentine's Day usually ended with me feeling like I was walking a tight rope between trying to convince everyone I was unbelievably happy about being a single, independent woman and still not seeming too happy about it.

But what so many people in relationships don't tell you is that Valentine's Day can also end up being a super pressure-filled day. Even though everyone tries not to let their expectations get too high, the anticipation of a romantic and sexy night can easily turn into a night full of dashed hopes and a mediocre meal. And that's usually because it's forced. The hearts, the rose bouquets, the chocolate — it's all following the same tired script. IMHO, while romance does take effort, it's not something that should ever really follow a script.

So if you're single come V-Day, instead of letting the weight of the day pull you around, try to focus on the legitimately noteworthy perks of being single. It might not make the day any less weird for you, but it's a great way of reminding yourself that being in a relationship isn't any better than flying solo — it's just a different experience.

If you ask me, one of the best parts of being single in general is that there is so much less pressure. Trust me when I say that feeling pressured to respond or act a certain way because of how romantic something is supposed to feel is almost as bad as all of the stress on whichever one of you has to come up with plans for the evening. Instead, when you're single, you get to do whatever you want. Try to do something that you know you'll enjoy, and even if you're alone, it will be time well spent.

2. You Won't Be Disappointed

I'm serious, guys, Valentine's Day disappointment is real. Of course, with the right person, even if your plans completely fall apart, you should still be able to enjoy each other's company. But this doesn't make feeling underwhelmed or like something must be wrong with you for not feeling the romantic explosion any better. Not when you're single, though. You can just focus on making you feel good that day (and every day). No one knows you better than you, so what better person to plan something fun than yourself.

3. You Can Focus On Treating Yourself

Life can be really hard, peeps, and while many of us use the concept of "self-care" as an excuse to literally never stop treating ourselves, it's still important to — you guessed it — treat yourself. So take this Valentine's Day as an opportunity to really focus on giving yourself what you need — whether that's a solo adventure, some pampering at home, or, hey, even some retail therapy.

4. Finding Someone To Have A Tryst With Will Be An Adventure

Regardless of how optimistic you are about being a single on Valentine's Day, for some of us, the hardest thing to grapple with is having an empty spot next to us in the bed. If you're feeling bold and don't want to resign yourself to a completely solo evening, consider hitting up your favorite cocktail bar or lounge, or even a concert. If you don't mind wading through a ton of couples, it will probably be super easy to spot other lone wolves. Who knows? You could end up having a really memorable night and filling that spot in your empty bed if you want to.

So the moral of the story? Valentine's Day can turn out to be a pretty weird day for everyone. But this doesn't mean that you have to force yourself to feel happy or sad about anything. Rather, be grateful for the fact that you have lived another day, and you alone get to decide how to spend it.

More like this
13 Songs To Listen To While Getting Ready For A Date
By Joyann Jeffrey
Getting Over Your Anger At An Ex Is Hard, But Not Impossible
By Caroline Colvin
20 Tweets About Raya That Show Just How Exclusive It Really Is
By Corinne Sullivan
Stay up to date