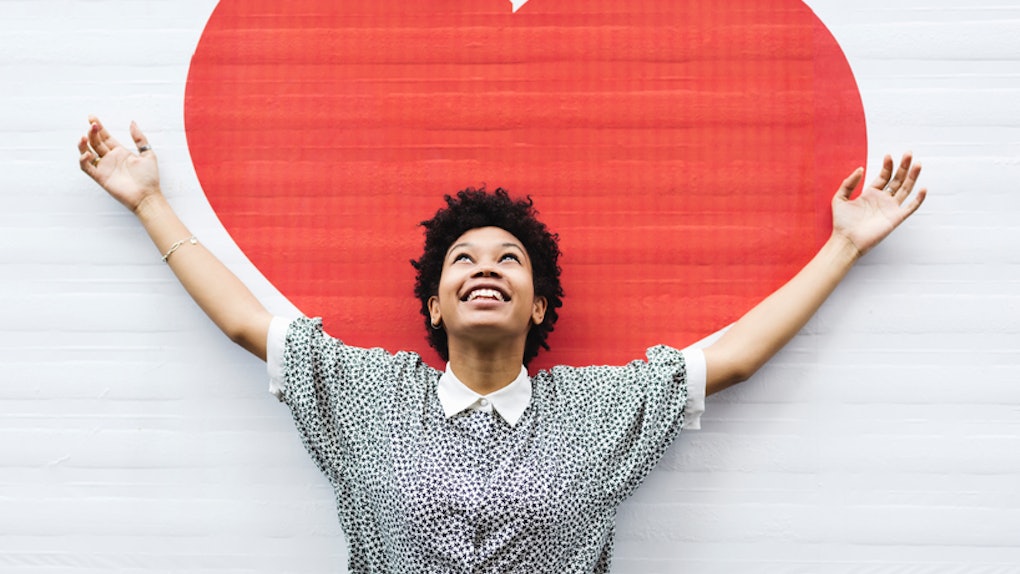 Valentine’s Day sucks — for everyone. The coupled up folks are nervous about the endless expectations that come along with it, and the singles are just trying to dodge the manic flying hearts ready to attack them from every direction. Even the happily single folk with the toughest of skin can find it hard to fight off the age-old tendency to spend Feb. 14 feeling sorry for themselves. But dammit, it's 2018. Being solo is kind of in right now. Because of that, there are plenty of things to do on Valentine's Day when you're a romantic party of one.

First, here's a little reminder that Valentine's Day may not actually be so romantic after all. From it's pre-Christian origins, the holiday included nudity and whipping, according to The Telegraph. Depending on your preferences, that might sound pretty sexy. In actuality, though, Feb. 13, 14, and 15 were the dates of a Roman baby-making ritual, where dudes spanked women's backsides with goat or dogskin whips to improve fertility. It wasn't until the mid-18th century that sending out love letters became a part of the celebrations. The reason? Postage finally became affordable. But the last time I checked, "cheap" and "romance" were not entirely synonymous.

Adding on to its unromantic origins, Valentine's Day is also a little outdated as it relates to the millennial generation. If you’re single, you're not alone. According to the United States Census Bureau, there were 110.6 million unmarried people in America ages 18 and older in 2016. That's so many single people.

Feels a bit better to hear that, huh? Great. Now, stop beating yourself up over not having a Valentine, and get celebrating with one of these ideas for an epic day.

The Sex and the City girls, or the OGs of proud, single ladies, knew that your romantic status is not the crux of life, but rather, brunch and partying with your girls is what makes for a love-filled journey. Throw on some banger outfits, head to a fun bar, and spend the night going full #GalentinesDay with your crew.

If the thought of passing restaurant windows filled with couples gazing into each other's eyes over dried-out steaks is making you a bit queasy, skip going out and invite the girls over to your place. Pop some wine, talk about politics, watch a few movies, gossip, break out the Ouija board to summon exes from the graves of long-gone love. Whatever you do during your girls' night in, just be sure it includes pajamas. It'll be a nice reminder that some girls spent hours getting ready for their dates, while you were cozy AF.

If you don't have an SO to slather lotion all over your bod, just pay a professional to rub you down. (They'll likely be better at it.) Spa days, blowouts, mani/pedis, and all those other luxuries that make us feel like a million bucks generally cost a million bucks. But the day of the devil — I mean, Valentine's Day — is a great reason to splurge.

4. Hook Up With Someone

Singles don't all go into hiding on Feb. 14. (And if they do, dating apps, people.) A lot of people are eager to hook up, so if you're one of them, get out there and find yourself a match. It could be for the night, but with all that romance in the air, it could lead to something more...

Post-college, there are just not enough themed parties. Well, here's your excuse to host one. My list for Valentine's Day singles themed parties is long, but amongst the top contenders: Anti-Love Ballad Singalong, Red Light Green Light, Dress As Your Fave RomCom Movie Character, and Clothing Optional Soiree.

6. Or, Just Carry On Like It’s Any Other Day

Because it is, real talk, any other day. Read the news, go to work, watch hours of Netflix, work out, cook dinner, dig into a good book, and go to sleep. Word to the wise: Tune out social media for the day.

It might initially feel isolating to go at the big heart holiday on your own, but once you figure out your plan of action, it's a whole lot less of a burden. Plus, these plans are rad. You'll likely end up making your coupled friends — who are out there spending way too much money on dinner — really jealous.