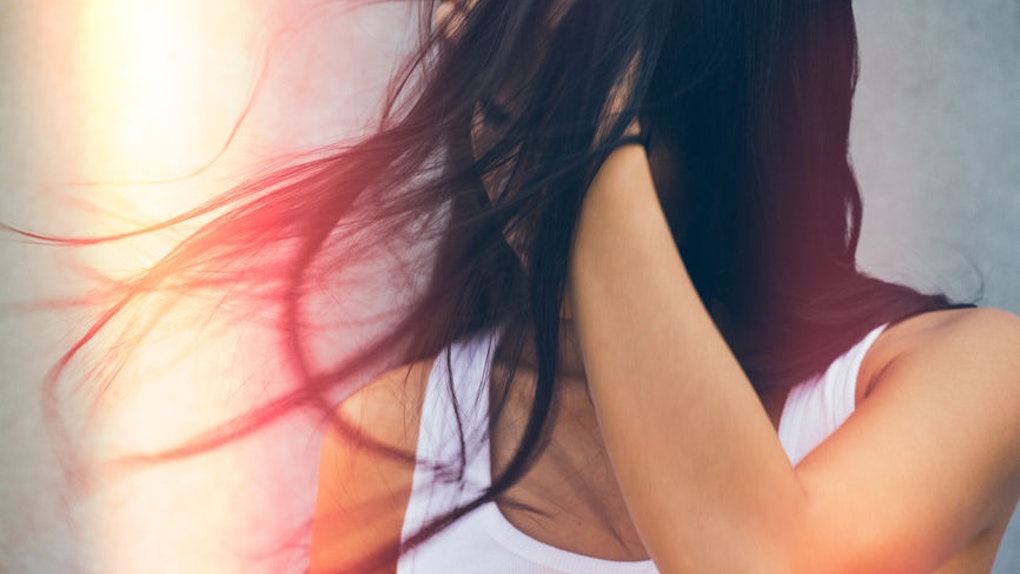 August 13, 2018 Will Be The Worst Week For These Zodiac Signs, So Don't Be Hard On Yourself

I know that this summer has been the furthest thing from easy, at least astrologically speaking, and you're probably about to bite my head off at the mere mention of more cosmic chaos. But, I promise you that things are looking up, because as of Aug. 19, 2018, Mercury will officially be out of retrograde. See? The universe wants to throw us a bone. However, we still have one week left of its stress, which is why it should come as no surprise that as of August 13, 2018, these zodiac signs will have the worst week: Gemini, Virgo, and Scorpio. If your rising sign happens to be in any of these signs, you might feel the retrograde frustration on an even more personal level.

Before you start thinking that everything will go back to normal once Mercury moves direct, remember that Mars, Saturn, Pluto, Uranus, Neptune, and Chiron are still in retrograde, too. I mean, is our entire solar system spinning backward or what?

Remember that planets enter retrograde because there are still unresolved issues in our past hanging over us like shadows. It's important that we use this time to be introspective, thoughtful, and reflective about where we've come from, tying up loose ends and forgiving ourselves for our past transgressions.

Gemini: You Might Not Know What You're Talking About

You've still got one week left of Mercury retrograde, my friend. I happen to be a Gemini myself, so I know all about how strange and difficult Mercury retrograde can be for this dual-sided and mutable air sign. Twisting through your third house of communication, your usual talent for speaking eloquently and articulating beautifully has likely come to a standstill. Your means of communicating might be landing you in trouble, as well as confusing you.

However, the best advice you could possibly follow during this time is to just slow down, speak slowly, and think twice before saying anything at all. There's only one week left of retrograde anyway, and everything is about to become so much easier for you as a result.

Virgo: You're Probably Experiencing A Lot Of Strange Feelings

Like Gemini, Mercury retrograde is also hitting you right below the belt. Since you're both ruled by Mercury in astrology, anything that goes wrong with this nervous inner planet affects you more than anyone else. In this case, Mercury retrograde is stirring darkness into your mysterious 12th house of spirituality and the unconscious. When your imagination gets the best of you, everything in your life can take on a hopeless tone. You may be seeing things in a bad light or feeling negative about your life at the moment.

However, it's important to remember that not every thought you have is the truth. In fact, try not to trust your thoughts. Trust your gut instead. Being the analytical sign that you are, your intuition can often get lost in the mix of your scatterbrained thoughts. In the meantime, find outlets for your nerves when you need it, and find solace in the fact that Mercury retrograde will be over by the end of the week.

Scorpio: You Might Be Feeling Disconnected From Your Career

My dear Scorpio, one of my absolute favorite signs in all the zodiac, I'm sorry to report that as of late, the cosmos have not been too kind to your stress levels. With both your traditional ruling planet (Mars) and your modern ruling planet (Pluto) in the middle of two dizzying retrogrades, it's clear that you're going through a period of some serious strength-building. Since Mars has, generally speaking, a more debilitating retrograde than Pluto, the fact that it's been pouring irritability and frustration into your 10th house of career has certainly not made your summer plans easy. Instead, you may be grappling with difficult decisions and struggling to find inspiration in your work.

However, now that Mercury retrograde in your third house of communication is coming to a close, your cognitive functions will begin kicking into high gear once again, allowing you to detangle one problem at a time. Trust that this period of confusion is here to put you on the right track.