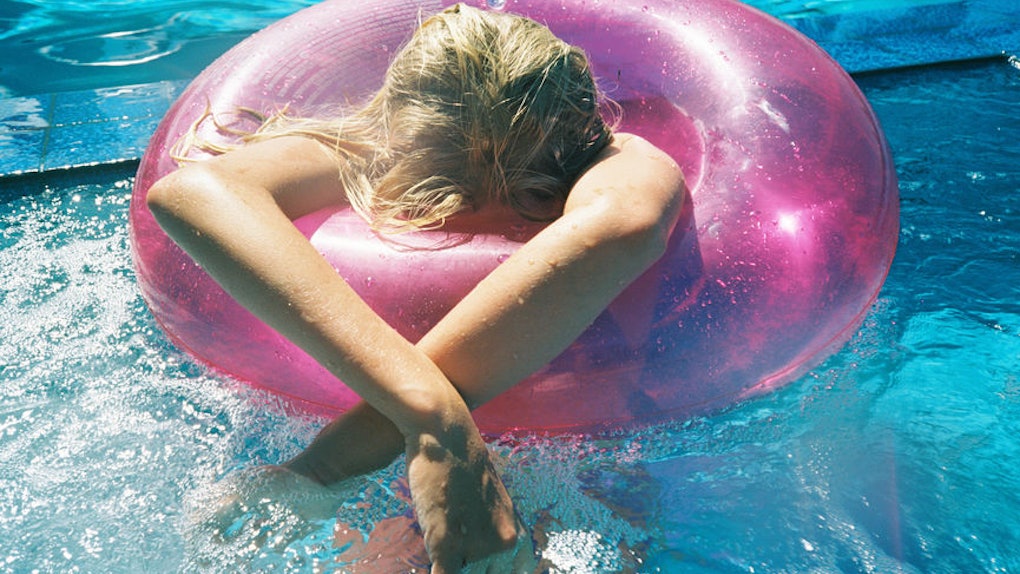 August 6, 2018 Will Be The Worst Week For These Zodiac Signs, But It's All For The Better

Can our planets just, like, chill for a sec? We've been going through one major astrological event after another. I officially declare that this summer shall forevermore be referred to as: The Summer of Cosmic Chaos 2018. Has a nice ring to it, right? I mean, it's definitely apropos. With a season of revolutionary eclipses turning our world upside-down and the retrogrades of six different planets, including aggressive Mars and cognitive Mercury, two of the most important inner-planets in our solar system, it's no wonder that August 6, 2018 will be the worst week for these zodiac signs: Cancer, Leo, and Aquarius. And, unfortunately, it might even be worse for you if any of these zodiac signs happen to be your rising sign. Imagine if it's both your sun and rising sign. The horror!

Alright, I was mostly kidding about the "horror." All dramatics aside, there's no guarantee that the astrological mayhem of the week will affect you in a negative way. When I say "worst" week, I really mean "incredibly intense" week, and who's to say that the intensity won't be positive? With a partial solar eclipse in Leo and the beginning of Uranus retrograde, change is in the air. While it will all be worth it in the end, change is rarely ever easy to stomach at first.

Cancer: You May Be Rethinking Your Relationship With Money

Because the moon is your ruling celestial body in astrology, you will be affected by the partial solar eclipse in Leo on Aug. 11 in an extremely major way. As the moon slides between the Earth and the sun, blocking sunlight from reaching our world, you will feel the moon's silhouetted power rattle your universe, especially when it comes to your financial state. Occurring in your second house of money and self-worth, you could feel overwhelmed by thoughts concerning your self-esteem, making you wonder if you're truly on the path towards success and security. However difficult this introspection may be, you're in the process of learning how to become a more stable individual.

Luckily, you have romantic Venus soothing you in your fourth house of family, easing your anxiety and centering your energy. Make sure you make yourself comfortable as you embark on this new path.

I know we're right in the middle of Leo season, but being ruled by the majestic sun certainly has its drawbacks; one of them being that the partial solar eclipse on Aug. 11 will affect you on a ridiculously deep level, especially because it will occur in your sign. This cuts through all the bullsh*t and makes you reconsider your entire identity. You're on the precipice of major change, in all facets of life, and you could find your world reshaping completely by the time all the dust has settled. I know you're a fixed sign by nature and change is not something you look forward to. But how boring would life be without the occasional shake-up?

Even though you may be grappling with an emotional whirlwind, you're bound to appreciate the shift sooner or later. Think of this transition as leaving behind the old you to embrace the new you, someone far more authentic to your soul. Who can say no to that?

Aquarius: There's Bound To Be Problems At Home

Ah, the old "your ruling planet has gone into retrograde." It's an inescapable astrological plight for the most of us. When Uranus, your parental planet, starts spinning backwards and leaving a trail of destruction in its wake, you're entering a period of slow and steady change. Occurring in your fourth house of home and family, it's likely that issues with your clan might resurface, challenging relationships and complicating living situations. It's time to remedy problems you've been having with your core loved ones and deal with issues at home. While this may initially feel like a jolt of uncomfortable energy, this retrograde is nowhere near as bad as others because it takes place 40 percent of the time. In other words, this ain't your first rodeo.

With Venus in your ninth house of adventure and philosophy, you can leave problems at the back-burner in pursuit of higher experiences. This is still a super exciting time in your life, so let it guide you towards peace.