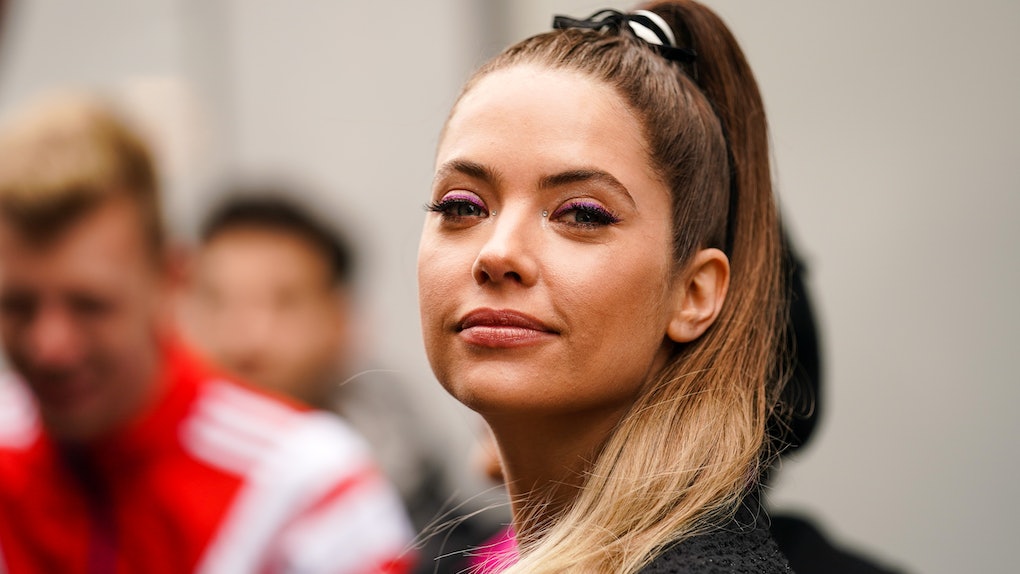 If you've been following Ashley Benson and G-Eazy's 2020 saga, you know that despite all the clues these two are seeing each other, neither has officially confirmed their relationship status. (Elite Daily previously reached out to Benson's rep for comment on the dating rumors, but did not hear back.) Be that as it may, I present to you a new piece of evidence in the case for this ship: It looks like Ashley Benson took G-Eazy to her sister's wedding. Yep.

Benson's sister, Shaylene, tied the knot in Laguna Beach, California on June 18. The next day, she shared moments from her low-key wedding on her Instagram Story. She posted pictures of herself riding in a car with the top down, a shot of an elegant, floral dessert, a pic cheesing by her sister's side, and one showing Ashley and G-Eazy sitting side-by-side at the dinner table. Of course, you can totally enlist a friend to be your date to events like homecoming, prom, galas, and weddings. But when you and that friend have the history that Benson and G-Eazy have, that plus-one invitation seems less and less platonic.

As early as January 2020, these two started leaving hearts and playful comments on each other's Instagram pics. After G-Eazy and Benson dropped a cover of Radiohead's "Creep" in April, their relationship could have been written off as just a close-knit creative one. But in early May, news of Benson's breakup with ex-girlfriend Cara Delevingne hit the internet (People reported the two broke up in early April), and Benson was photographed riding around with and kissing G-Eazy that same month.

This actually prompted Delevingne to chime in and defend Benson against all the post-breakup shade she was receiving. "It's more important now than ever to spread love, not hate. To everyone hating on @ashleybenson please stop. You don't know the truth, only her and I do and that's exactly how it should be," Delevingne wrote on Instagram Stories. Benson's sister gave her two cents via Instagram shortly after, on May 15. "It's OK if you decide to heal through music and collaborate with other artists. And if a spark happens. It's not a crime when you're single," she wrote on her Story. "A lot of people meet through working together and if there is a connection, great! Do what you want. It's no one's business."

All these moments, combined with G-Eazy's appearance at Shaylene's wedding, totally point to Benson being the new "bad b*tch" in G-Eazy's two-seater.